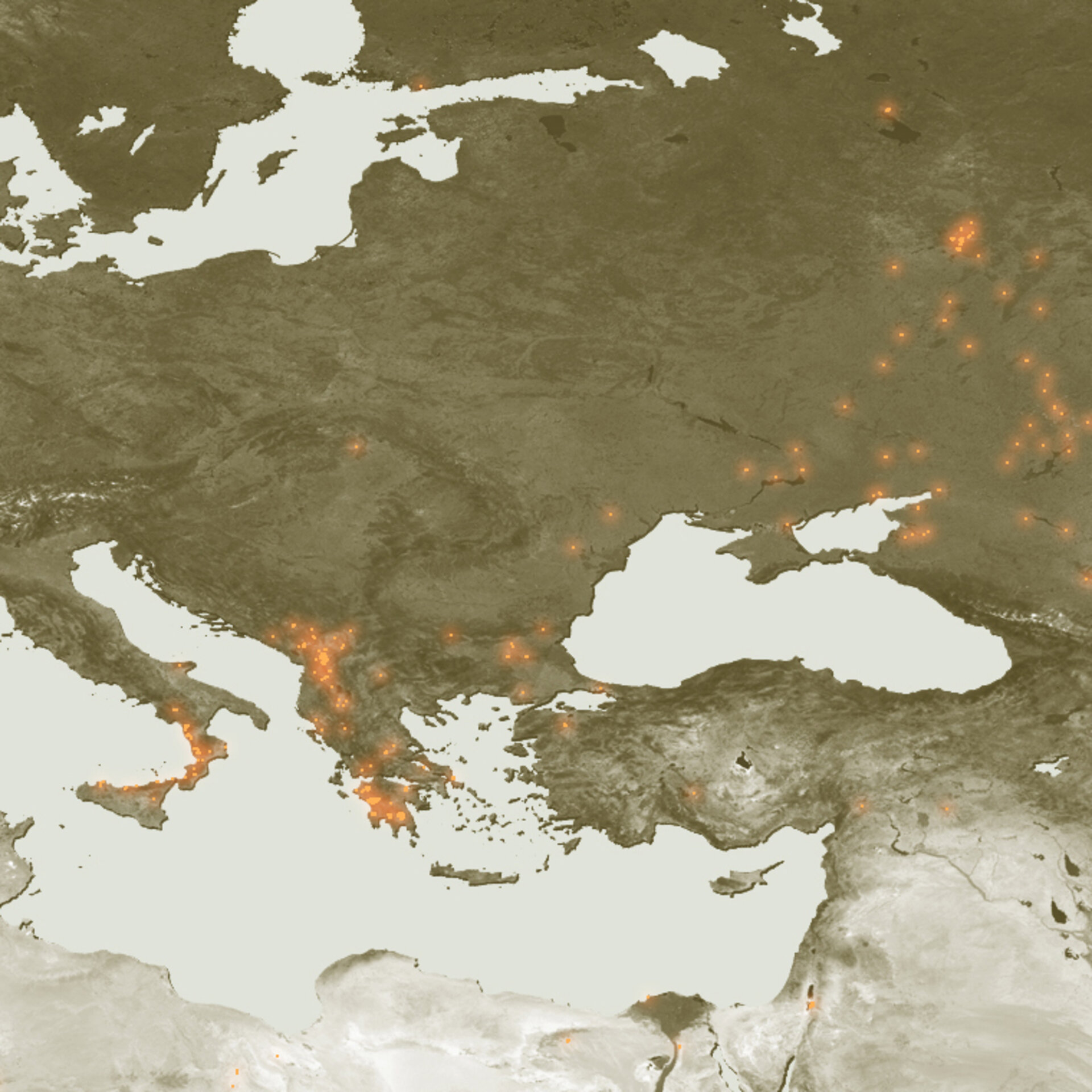 Hot spots across Southeastern Europe from 21 to 26 August have been detected with instruments aboard ESA satellites, which have been continuously surveying fires burning across the Earth’s surface for a decade.

Temperatures exceeding 312ºK (38.85ºC) are classed as burning fires by AATSR, which is capable of detecting fires as small as gas flares from industrial sites because of their high temperature. Worldwide fire maps based on this data are available to users online in near-real time through ESA's ATSR World Fire Atlas (WFA).

Smoke from some of the fires included in the WFA fire map was detected during the same period by Envisat’s Medium Resolution Imaging Spectrometer (MERIS) optical instrument. While working in Full Resolution mode to provide a spatial resolution of 300 metres, MERIS captured smoke plumes arising from fires raging across Greece's southern Peloponnese peninsula, where fires have claimed the lives of at least 60 people since they began four days ago.

These images are available on ESA’s MIRAVI website, which gives access to Envisat’s most recently acquired images. MIRAVI, short for MERIS Images RApid VIsualisation, tracks Envisat – the world’s largest Earth Observation satellite – around the globe, generates images from the raw data collected by MERIS and provides them online within two hours. MIRAVI is free and requires no registration.

MERIS is also being utilised in combination with other satellite sensors for the Risk-EOS initiative, a series of operational services for fire and flood risk management. Risk-EOS is part of the Services Element of ‘Global Monitoring for Environment and Security’ (GMES), an initiative supported jointly by ESA and the European Commission. GMES is intended to establish an independent European capability for worldwide environmental monitoring on an operational basis.