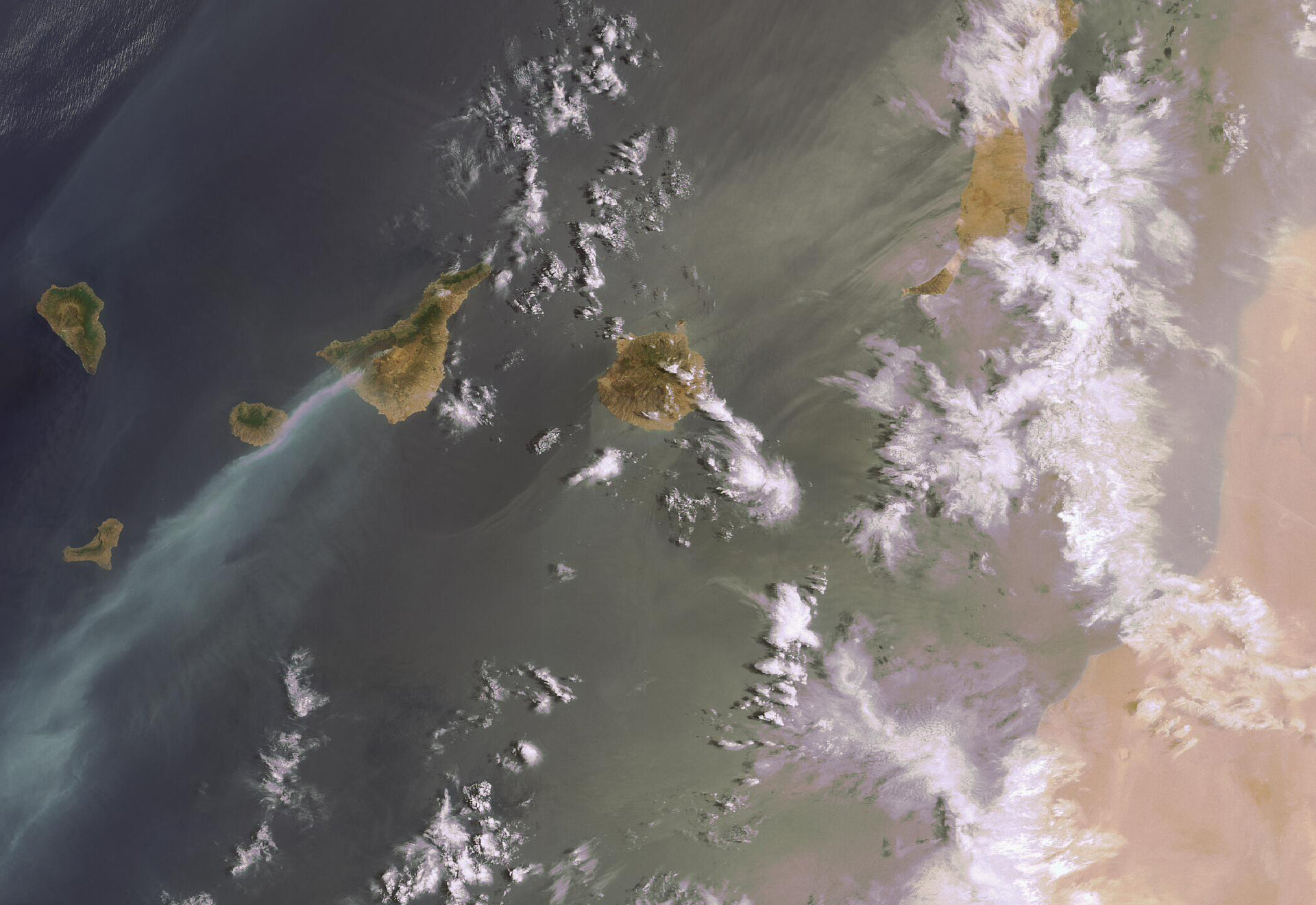 More than 11 000 people have been evacuated from two of Spain’s Canary Islands – Tenerife and Gran Canaria – as firefighters try to get the blazes under control, according to local authorities.

Fires have burned some 14 000 hectares on the western part of Tenerife since Monday, while some 10 000 hectares of woodland in the southwest of Gran Canaria have been charred since Friday, Paulino Rivero, head of the regional government, said.

Winds of 65 kilometers per hour and temperatures of more than 40 degrees Celsius have hampered efforts to smother the blazes, authorities told the Associated Press.

There are seven islands in the Canary Island archipelago, located some 95 kilometers from the northwest coast of Africa in the Atlantic Ocean. Tenerife is the biggest island in the region, while Gran Canaria is the most populated.

These images were acquired by Envisat’s Medium Resolution Imaging Spectrometer (MERIS) optical instrument working in Full Resolution mode to provide a spatial resolution of 300 metres and are available on ESA’s MIRAVI website, which gives access to Envisat’s most recently acquired images.

MIRAVI, short for MERIS Images RApid VIsualisation, tracks Envisat – the world’s largest Earth Observation satellite – around the globe, generates images from the raw data collected by MERIS and provides them online within two hours. MIRAVI is free and requires no registration.

Envisat circles the Earth in a polar orbit at an 800-km altitude, allowing MERIS to acquire global coverage every three days.