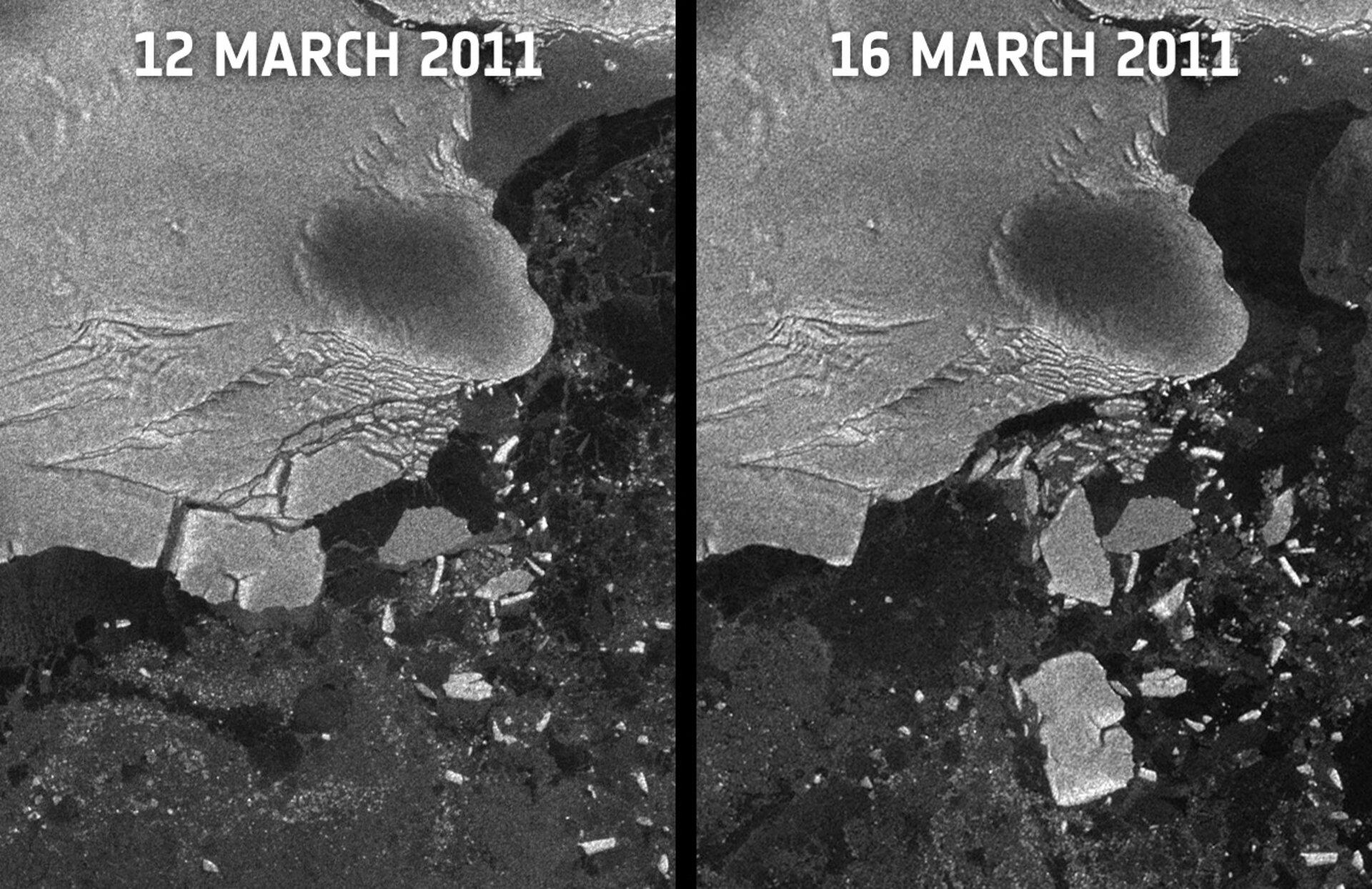 The effects of the March 2011 earthquake and subsequent tsunami that devastated areas of Japan can be seen as far away as Antarctica. Satellite images show new icebergs were created after the tsunami hit the Sulzberger Ice Shelf.

Using radar images acquired by ESA’s Envisat satellite, a NASA team was able to spot the icebergs – the largest measuring about 6.5 by 9.5 km in surface area and about 80 m in thickness.

The findings linking the tsunami to the calving event by NASA’s Kelly Brunt, a cryosphere specialist at Goddard Space Flight Center in Greenbelt, Maryland, and her colleagues were published in the online Journal of Glaciology on Monday.

The Tohoku 9.0 magnitude earthquake that stuck off the coast of Japan triggered a tsunami with giant waves. The waves then propagated through the Pacific Ocean over 13 000 km south to the Sulzberger Ice Shelf in Antarctica, causing large chunks of ice to break off and float into the Ross Sea.

The waves were likely only about 30 cm high when they reached the Sulzberger shelf, but the consistency of the waves created enough stress to cause the break off.

“The Envisat data of the Tohoku earthquake have also been exploited intensively by scientists to provide a detailed map of the surface deformation in Japan a few weeks after the earthquake.”

The Advanced Synthetic Aperture Radar on board Envisat can capture images in all weather and lighting conditions, and is therefore essential for observing polar areas.

Every day, Envisat gathers radar images of Antarctica. Those images are freely available to anyone using the ESA MIRAVI web site.