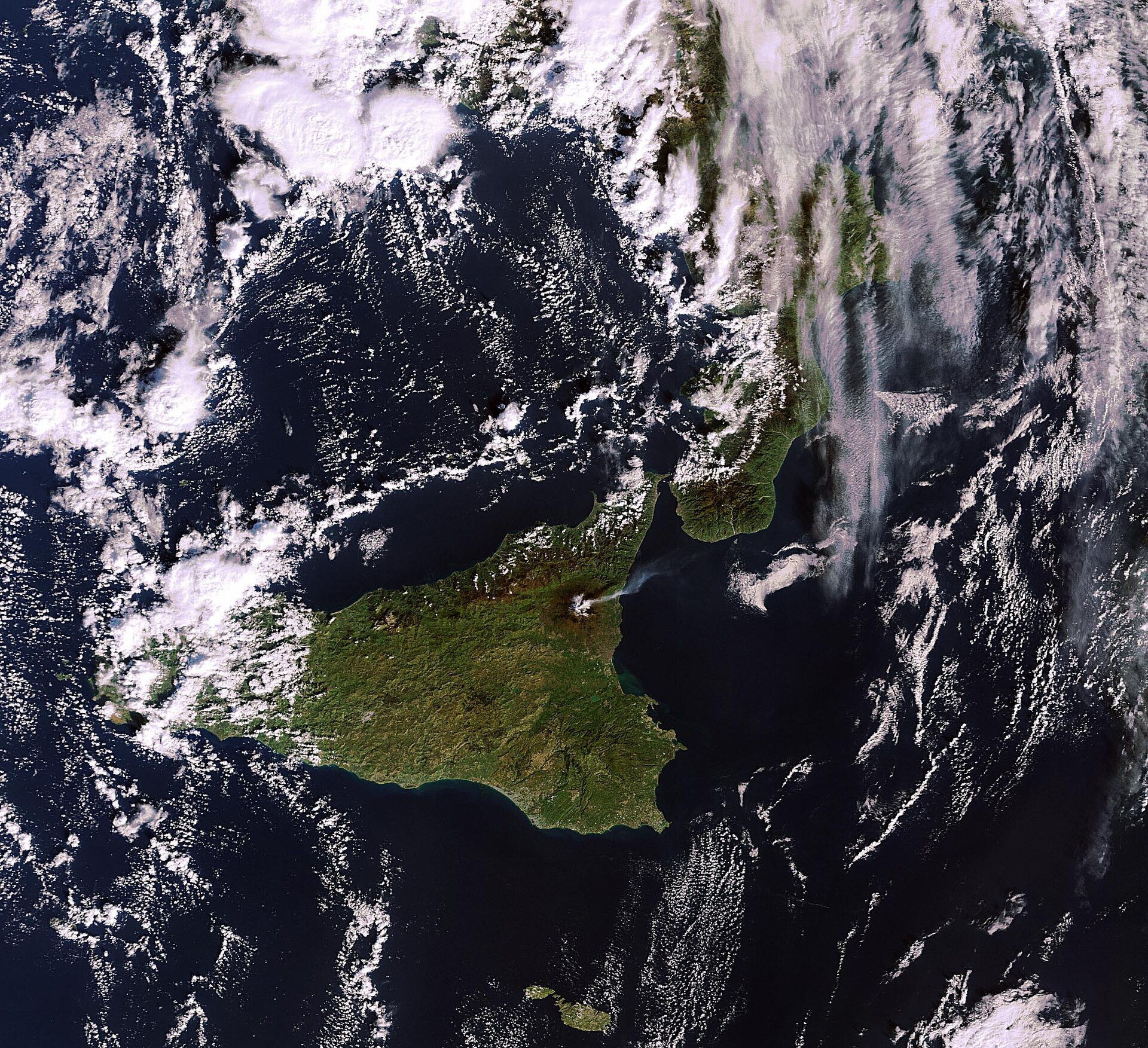 This new image from ESA's Envisat satellite shows the plume of smoke billowing into the atmosphere from Mount Etna, Sicily, Italy, on 11 January.

Volcanic activity gradually increased the following day, peaking in the evening of 12 January – sending flames and ash hundreds of metres into the air.

The image on the right was acquired by the Atmospheric Infrared Sounder on NASA's EOS-AQUA satellite. It shows the plume of sulphur dioxide being carried over the Mediterranean Sea.

The data were processed by the Norwegian Institute for Air Research within the framework of ESA's Data User Element and can be used to warn aviation companies on the hazardous plume.