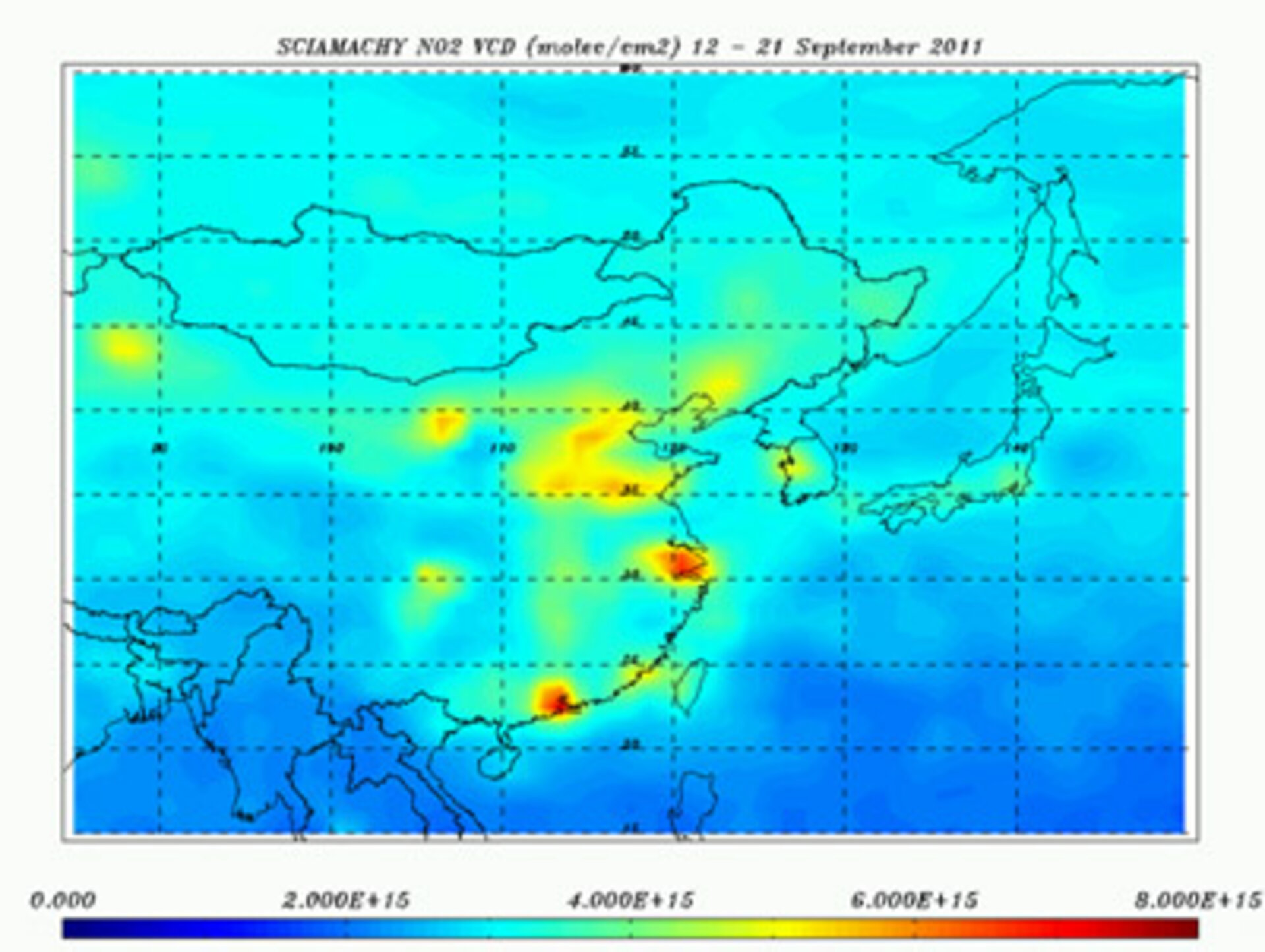 Trace gases in the troposphere and stratosphere are measured globally by the Sciamachy imaging spectrometer, yielding maps of air pollution such as carbon dioxide, methane and nitrogen dioxide. Nitrogen dioxide – a mainly man-made gas – can cause lung damage and respiratory problems. It also plays an important role in atmospheric chemistry because it leads to the production of ozone in the troposphere, the lowest part of the atmosphere.

Envisat’s Michelson Interferometer for Passive Atmospheric Sounding (MIPAS) monitors gases and pollutants. As one of three atmospheric instruments, it can map the levels of more than 20 trace gases, including ozone, as well as the pollutants that attack ozone. The sensor is particularly useful for tracking the ozone hole over the Antarctic. In April 2011 the lowest ever ozone concentration over the Arctic was observed by Envisat.