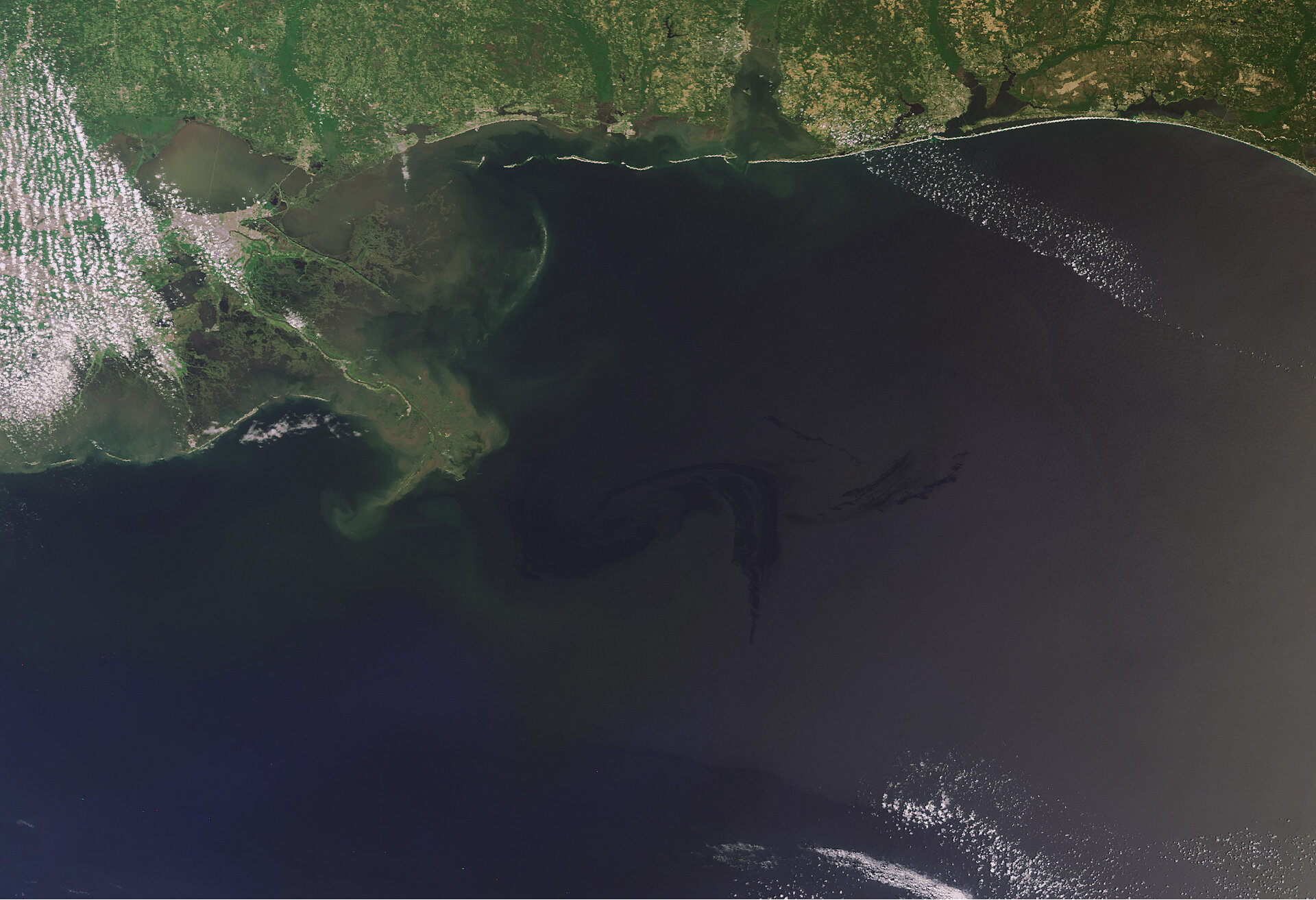 In this latest image acquired by ESA’s Envisat on Thursday at 16:23 UTC, oil from the massive spill in the Gulf of Mexico can be seen as a dark blue swirl advancing toward the Louisiana coast.

On Thursday night, the oil spill – five times larger than first estimated – had spread to just under 5 km from the coast, threatening environmental disaster.

As efforts are being made by all available resources to help avert the feared environmental catastrophe, Envisat images are being provided to U.S. authorities immediately after they are acquired through the International Charter Space and Major Disasters.

On 22 April the U.S. Geological Survey, on behalf of the U.S. Coast Guard, requested the Charter to provide rapid access to radar and optical satellite imagery of the oil slick. In response, a series of space sensors, including Envisat’s Medium Resolution Imaging Spectrometer (MERIS) and Advanced Synthetic Aperture Radar (ASAR), have been tasked to monitor the situation.

Since this date, Envisat MERIS and ASAR data were provided in near real time and have been used by the U.S.’s National Oceanic and Atmospheric Administration (NOAA).

The Charter is an international collaboration between worldwide space agencies to put satellite remote sensing at the service of civil protection agencies and others in response to natural and man-made disasters.

In the black-and-white radar image, acquired by ASAR on Wednesday at 03:45 UTC, the oil spill is visible as a lighter grey whirl on the left side of the large black pattern stretching across the Gulf. The colour image was acquired by MERIS.

Radar is especially suited for detecting oil spills as it works day and night, is able to see through clouds, unlike optical sensors, and is especially sensitive to the smoother water surface caused by the presence of oil. Depending on the situation, oil is harder to detect in optical satellite observations as the changes on the water surface are not as pronounced.

To see the latest MERIS images of the oil spill, visit our MIRAVI website. MIRAVI, which is free and requires no registration, generates images from the raw data collected by MERIS and provides them online quickly after acquisition.

The next MERIS acquisitions of the oil spill are scheduled for late Saturday and Sunday morning (U.S. Louisiana time), if clouds are not blocking the satellite’s view.