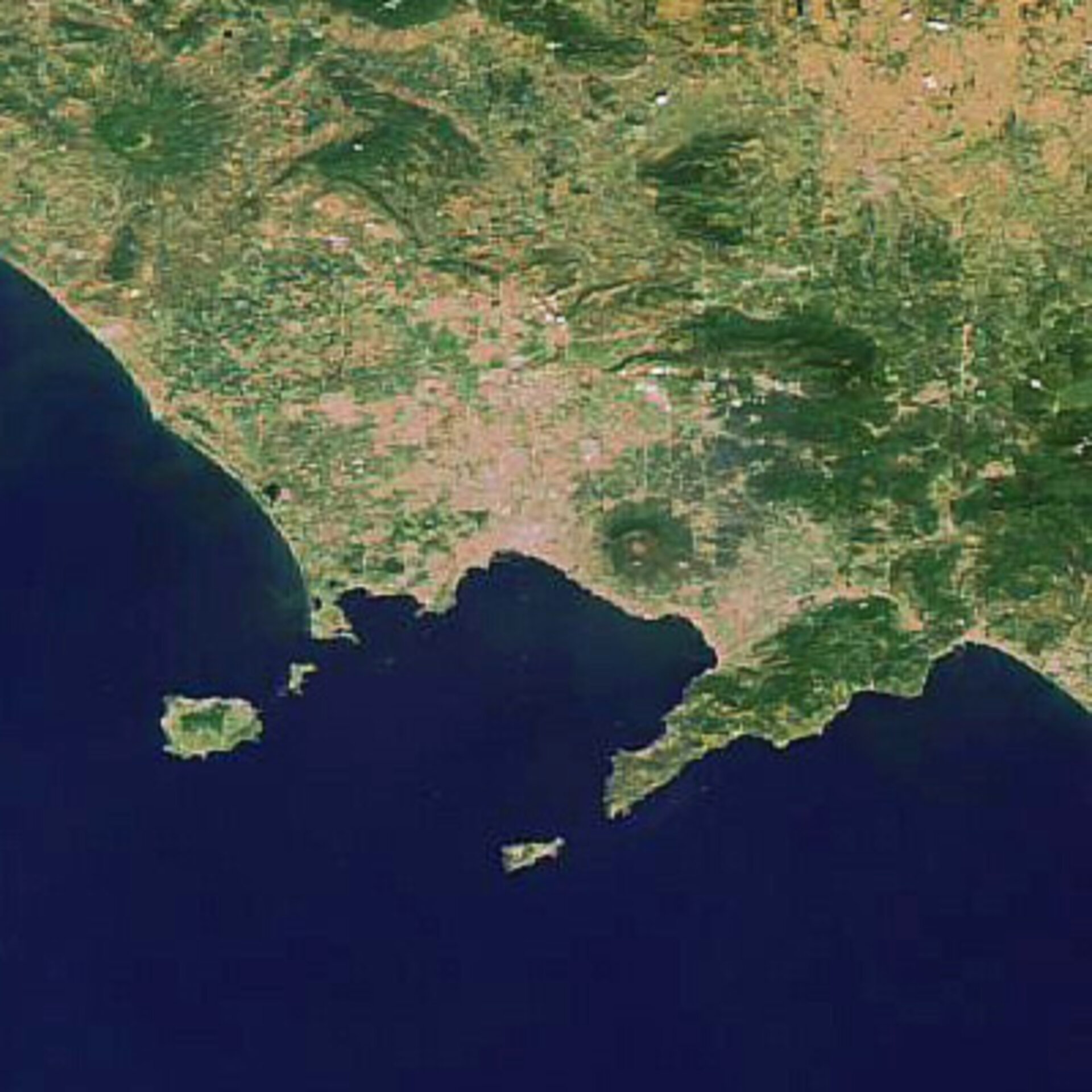 Satellite images acquired by ESA’s Envisat satellite have revealed the volcanic region of the Phlegrean Fields, located in southern Italy near the city of Naples, has entered a new uplift phase.

Using Differential SAR Interferometry (DInSAR), scientists at the Institute for the Electromagnetic Sensing of the Environment (IREA) of the Italian National Research Council (CNR) mapped the changes in the caldera – a ring-shaped region which includes several volcanoes – and discovered the area has uplifted about 2.8 centimetres from 2005 to 2006.

DInSAR, a sophisticated version of 'spot the difference', involves mathematically combining different satellite radar images, acquired from as near as possible to the same point in space at different times, to create digital elevation models and reveal otherwise undetectable changes occurring between image acquisitions.

With a diameter of 13 kilometres, the Phlegrean Fields caldera had its last eruption back in 1538 but has exhibited signs of unrest (bradyseismic activity) in recent years. Its underlying magma system remains active, leading to rapid periods of ground uplift followed by longer-term subsidence. The most recent uplift event occurred between March and August 2000.

The satellite images used to detect the newest uplift phase of the Phlegrean Fields, known in Italy as Campi Flegrei, were acquired from January 2005 to April 2006 and show an area of maximum deformation localised in the centre of the town of Pozzuoli, which lies near the caldera’s centre, with the deformation extending westward to the area surrounding Monte Nuovo. By using the data, scientists were also able to determine the uplift trend started in June 2005.

Ground deformation is recorded as part of the phenomena which precedes a volcanic eruption, but such deformation, especially in the preliminary phase, can be very subtle. Therefore, surveying techniques, such as DInSAR, that allow for large scale deformation mapping with sub-centimetre accuracy are particularly relevant.

Geodetical monitoring of the Phlegrean Fields, located 25 kilometres west of Vesuvius, has historically been carried out by the Vesuvius Observatory – the world’s oldest volcano observatory – through terrestrial networks. Since 2002, the Observatory has included satellite-derived data in its Surveillance Reports, an innovation following a project with ESA called MINERVA (Monitoring by Interferometric SAR of Environmental Risk in Volcanic Areas).

Geodetic ground networks can provide very high accuracy deformation information, but only within the network layout, so any change in deformation beyond the area covered is lost.

Among the terrestrial methods, levelling, which obtains the vertical component of ground motion, is the oldest. Levelling is based on height measurements carried out on single points called benchmarks, which together constitute the levelling network. The number of benchmarks has been continuously increasing during the last three decades. As a result, the levelling data set of the area is quite large and allows for the retrieval of the geodetic information starting from the end of the 1960s to present.

An extraordinary levelling campaign took place between June and July 2006 in order to verify the uplift trend with about 30 benchmarks being measured for a total path length of some 15 kilometres. The collected data were added to those already available and led to the deformation time series shown in the image to the right that reports the vertical movement in the maximum deformation area from March 1999 to June 2006.

Still, levelling is costly in money and time. Obtaining measurements across a network is a lengthy process - the Phlegrean Fields network has more than 300 benchmarks – as is the consequent data processing. Typically levelling is only carried out once or twice a year.

The poor temporal sampling of terrestrial network data is greatly improved by using DInSAR techniques, considering the revisiting time of satellite sensors with respect to the possible repetition time of field measurements.

The analysis conducted on these satellite observations, together with that obtained by using traditional geodetic measurements, has been transmitted to the Italian Civil Protection as a part of the duty of the Vesuvius Observatory.

To boost the use of Earth Observation data at volcanic observatories ESA has initiated an Invitation to Tender (ITT) to monitor volcanoes worldwide within the framework of the Agency's Data User Element programme. The Globvolcano project will define, implement and validate information services to support volcanological observatories in their daily work by integration of EO data. Services will be related to the different responsibility areas of the users with emphasis on observation and early warning.