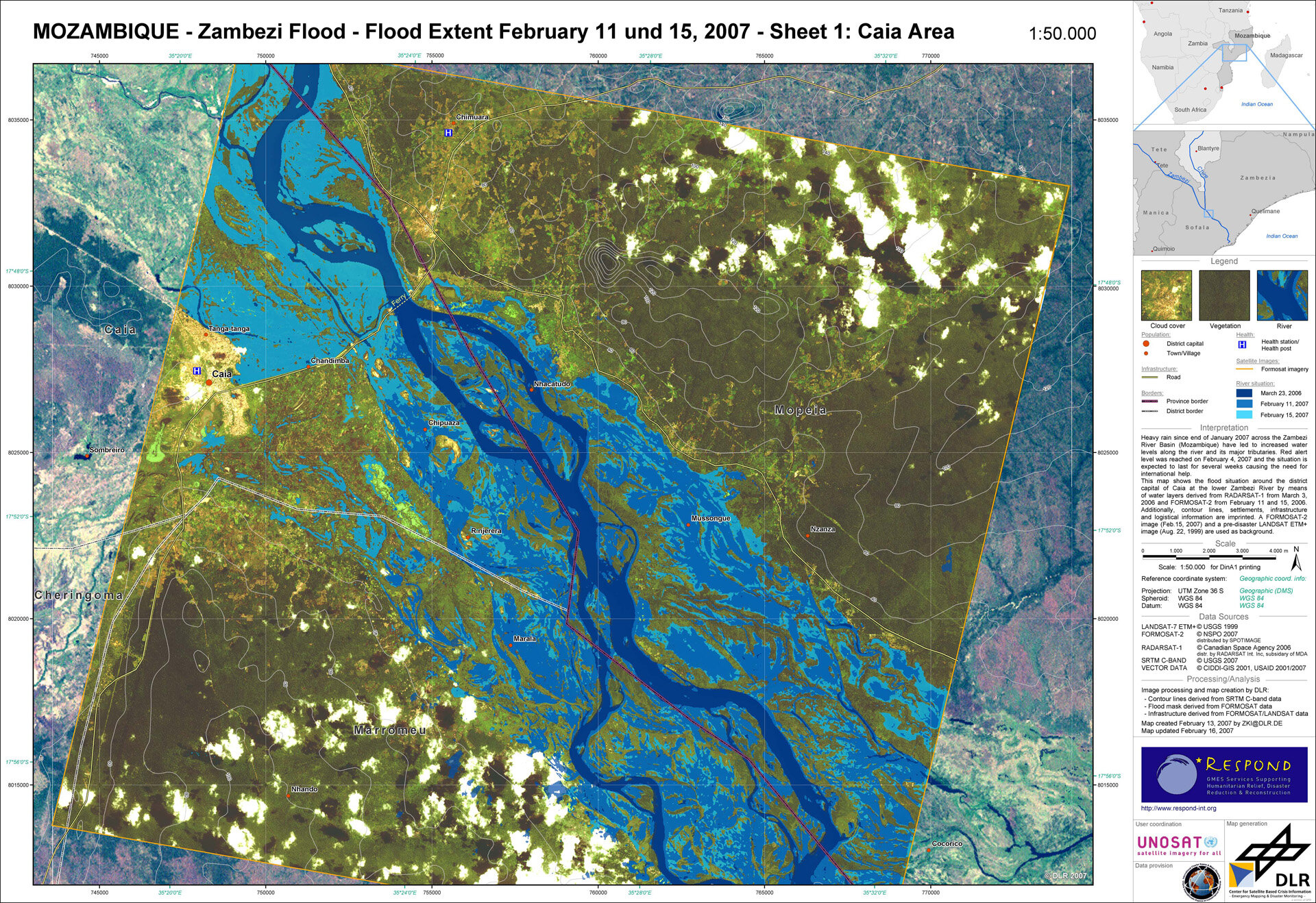 A review of crisis response using Earth observation techniques is now available online. The Respond Atlas outlines global events where remote sensing assisted in preparing for and responding to disasters and humanitarian crises.

The Respond project began in 2004 as a European Global Monitoring for Environment and Security (GMES) initiative. During its five years of service, hundreds of maps were produced to assist in relief efforts linked to crises such as the aftermath of Cyclone Nargis, the 2004 Asian tsunami and even Sudan’s refugee situation in Darfur.

The project has recently released a portfolio of its services, called the Respond Atlas.

“It was able to provide important information for crisis response operations and to open the way to the use of geospatial information in decision-making processes in humanitarian contexts.”

Over the course of the project, more than 38 user organisations signed up to receive Respond services.

The service provided mapping far beyond the disaster response phase by supporting recovery, rehabilitation and reconstruction activities. Earth observation-derived mapping was used for years following the 2004 Asian tsunami, and the products were also used for resettlement.

The maps were produced by a network of public and private value-adding centres such as DLR ZKI (Germany), SERTIT (France) and Geneva-based UNITAR/UNOSAT. The network was led by UK-based Astrium Geo-Information Services.

Respond also worked closely with the International Charter ‘Space and Major Disasters’, an international collaboration that gives rescue and aid workers rapid access to satellite data in the event of a disaster.

Not all disasters have a rapid onset. Some, such as drought and famine, can grow for months before being recognised as a crisis needing international intervention. Once an emergency was recognised and assistance requested, Respond provided reference mapping from archived satellite imagery to compare to newly acquired satellite data specifically tasked to monitor the event.

Satellite maps also supported programmes to help internally displaced persons and refugees. Customised maps were delivered to UN refugee agency and other non-governmental organisations for the planning and placement of shelters, as well as life-line services such as power, water and sanitation. Maps were also used for rehearsing evacuation plans.

Today, the members of the Respond consortium are actively engaged in realising Earth observation capacities for crisis response with leading providers from Europe involved in the European Commission’s GMES SAFER project.

In October, the team provided crisis mapping following the Charter’s activation after the 7.2 magnitude earthquake that hit Turkey.

Continued availability of Earth observation data is prerequisite for the continuity of crisis mapping services in the long term. The upcoming Sentinel missions – developed specifically for the operational needs of the GMES programme – are essential to the supply of rapid multisensor coverage over disaster-stricken areas.