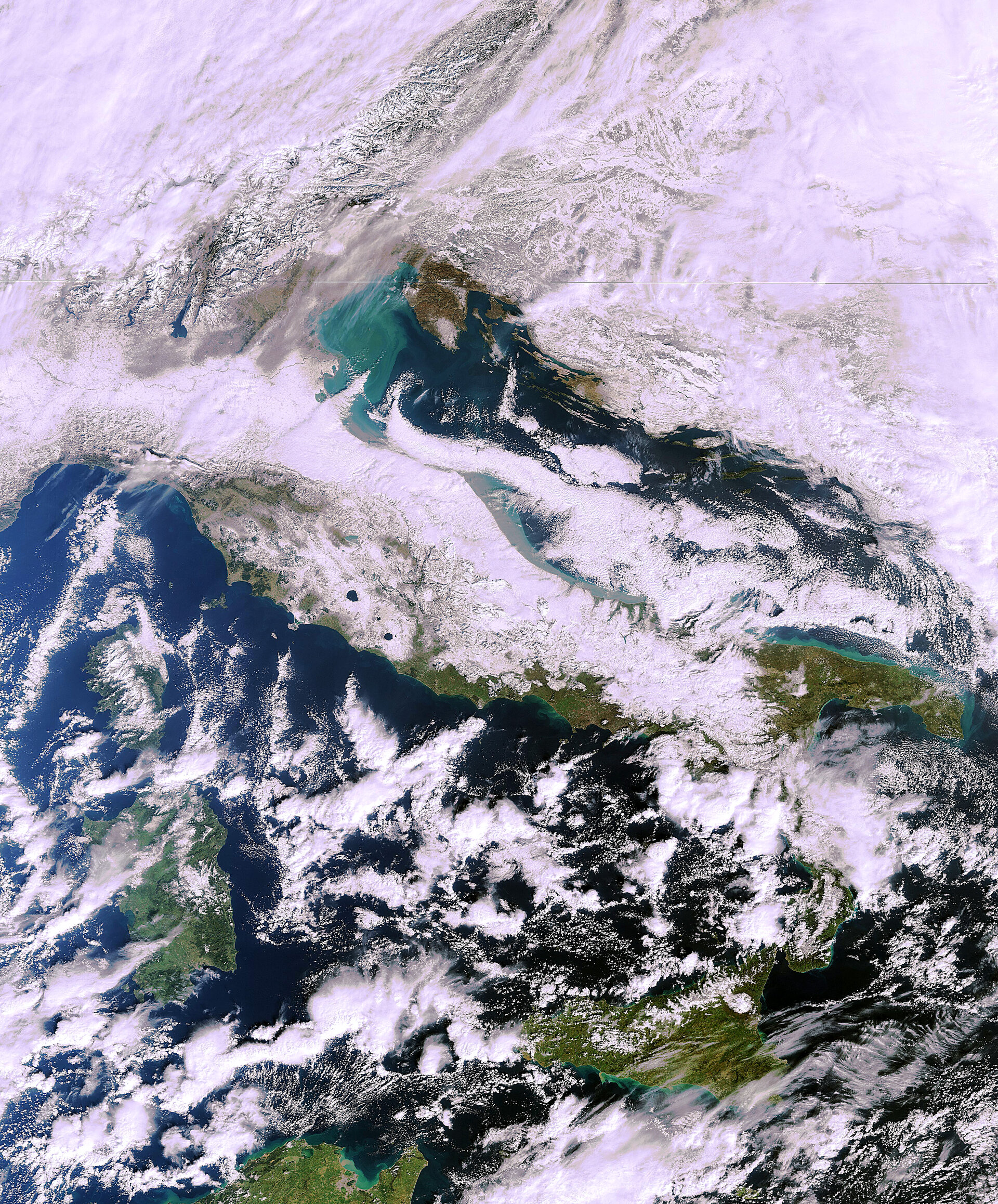 ESA’s Envisat satellite has captured some unusual views of Italy after much the country suffered heavy snowfall a for second time in a week.

Practically the whole of the north and central parts of the country are covered with snow, including the low-lying Po River valley. Snow is, of course, common during the winter in northern and Alpine areas, but last week regions such as Tuscany and Lazio further south have been dealing with heavy falls – causing significant disruption.