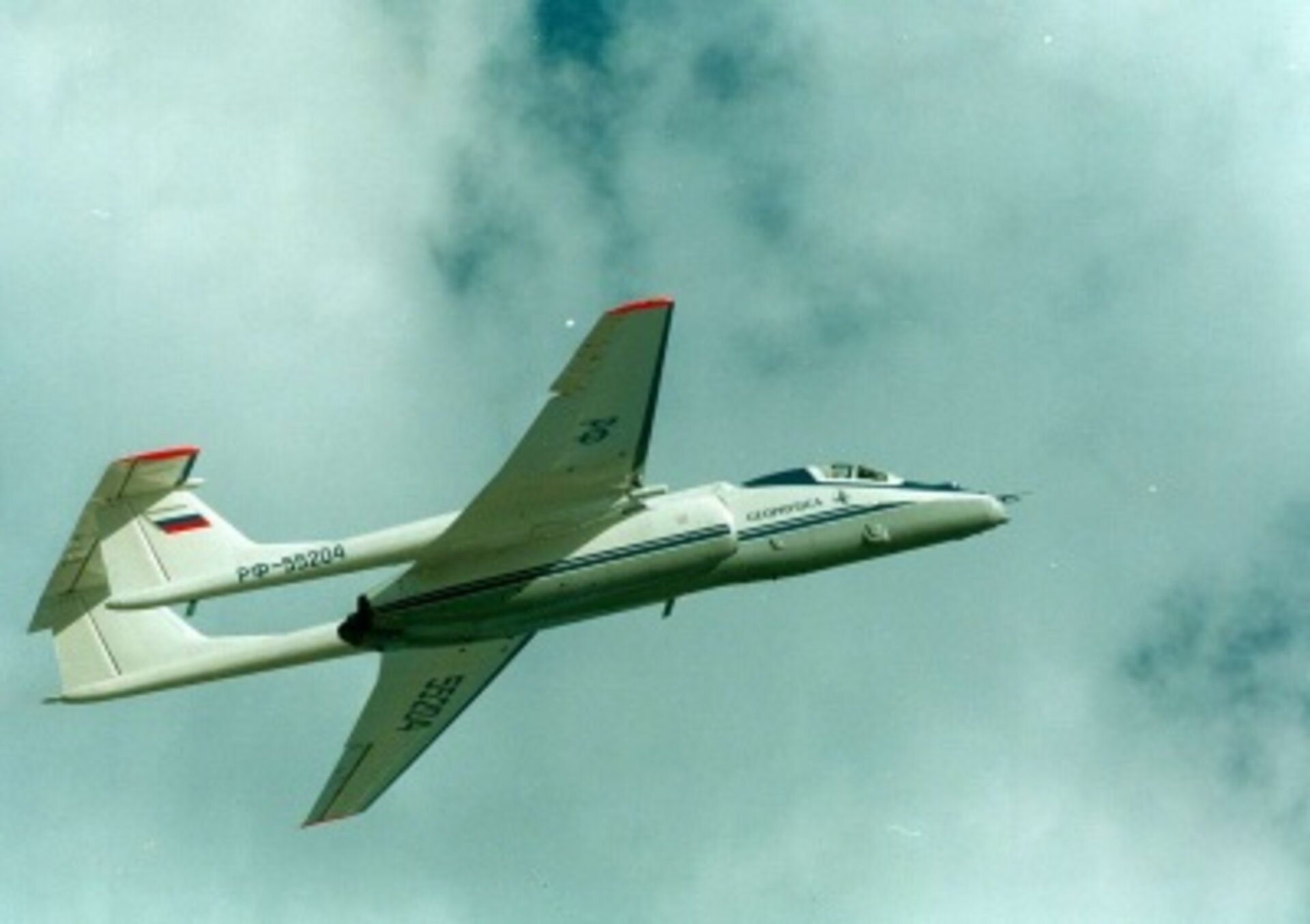 Following the successful launch of Envisat on 1 March 2002, last month saw the beginning of an important series of air-borne campaigns designed to check the results from 3 of the atmospheric chemistry instruments on board the Envisat satellite. The first of the validation campaign flights, involved in the Envisat Stratospheric Aircraft and Balloon Campaign (ESABC), have just taken place near Bologna in Italy and are set to continue for the next 12 months taking place in Sicily in Italy, France, Sweden and North America.

These validation campaigns are required to verify that the large number of geophysical data products from Envisat, are consistent with in-situ measurements made for the relevant geophysical variables – in this case atmospheric variables, such as temperature, pressure, atmospheric constituents, aerosol and cloud parameters. As part of the Envisat Stratospheric Aircraft and Balloon Campaign, a large number of different in-situ measurements will be made over the next months by air-borne and balloon-borne instruments to validate 3 of the instruments on board Envisat.

The 3 Envisat instruments that will be validated as a result of ESABC flights are MIPAS, GOMOS and SCIAMACHY, which are designed to observe the following:

The instrument validation is being carried out by using several sensors installed on stratospheric balloons and two aircraft - the German meteorological research Falcon 20 and the Russian high-altitude research M-55 also called ‘Geophysica’. Each flight will carry specialised payload configurations to measure different atmospheric constituents and take place at different latitudes during different seasons.

Last week, Geophysica successfully carried out two Envisat validation flights from the airport of Forli, near Bologna, Italy. The aircraft carried over a dozen sensors for each flight and two different payload configurations were used. The ‘aerosol’ configuration is dedicated to the measurement of particles in the atmosphere, which can be generated by industry and other human activity, or can be present as a result of volcanic activity or desert storms. The ‘chemistry’ configuration took measurements of atmospheric constituents and gases by remote sensing similar to the MIPAS, GOMOS and SCIAMACHY instruments on Envisat. The key sensors are MIPAS-STR and SAFIRE-A and are large instruments weighing around 400 kg. SAFIRE-A is embarked on the lower side of the aircraft below the pilot cabin, whilst MIPAS-STR is installed on the top of the aircraft, as can be seen in the adjacent image.

The flight carrying the aerosol configuration took-off from Forli airport and flew towards Sicily and Libya to perform measurements over a Sahara dust storm, which had been predicted to cover parts of Southern Italy. The airplane flew over the island of Lampedusa on which a ground-based lidar is also operated for the satellite validation. The flight carrying the chemistry remote sensing payload flew over Corsica, Sardinia and Sicily - both flights were successful and lasted 5 hours. So that the validation instruments on the aircraft measured the same prevailing atmospheric conditions as the instruments on Envisat, the flight take-off times and tracks were carefully planned to coincide with Envisat’s path. The campaign flights were achieved within 4 minutes of Envisat passing overhead – this time precision is exceptional.

The Envisat validation campaign is now set to continue with numerous other air-borne and balloon-borne flights over the next 12 months. The next campaign event is due to start in few days time in Kiruna (Sweden), where a team of scientists will launch stratospheric balloons so that the instruments can be validated at high latitudes.

The first data set collected during the Envisat Stratospheric Aircraft Campaign will be analysed by the Envisat Atmospheric Validation Team and reported in a scientific workshop on 9-13 December 2002 in ESRIN, Frascati, Italy. Next year, the full data set will be used for the medium term validation of the Envisat instruments and will eventually lead to a Balloon and Aircraft Validation Workshop in December 2003.