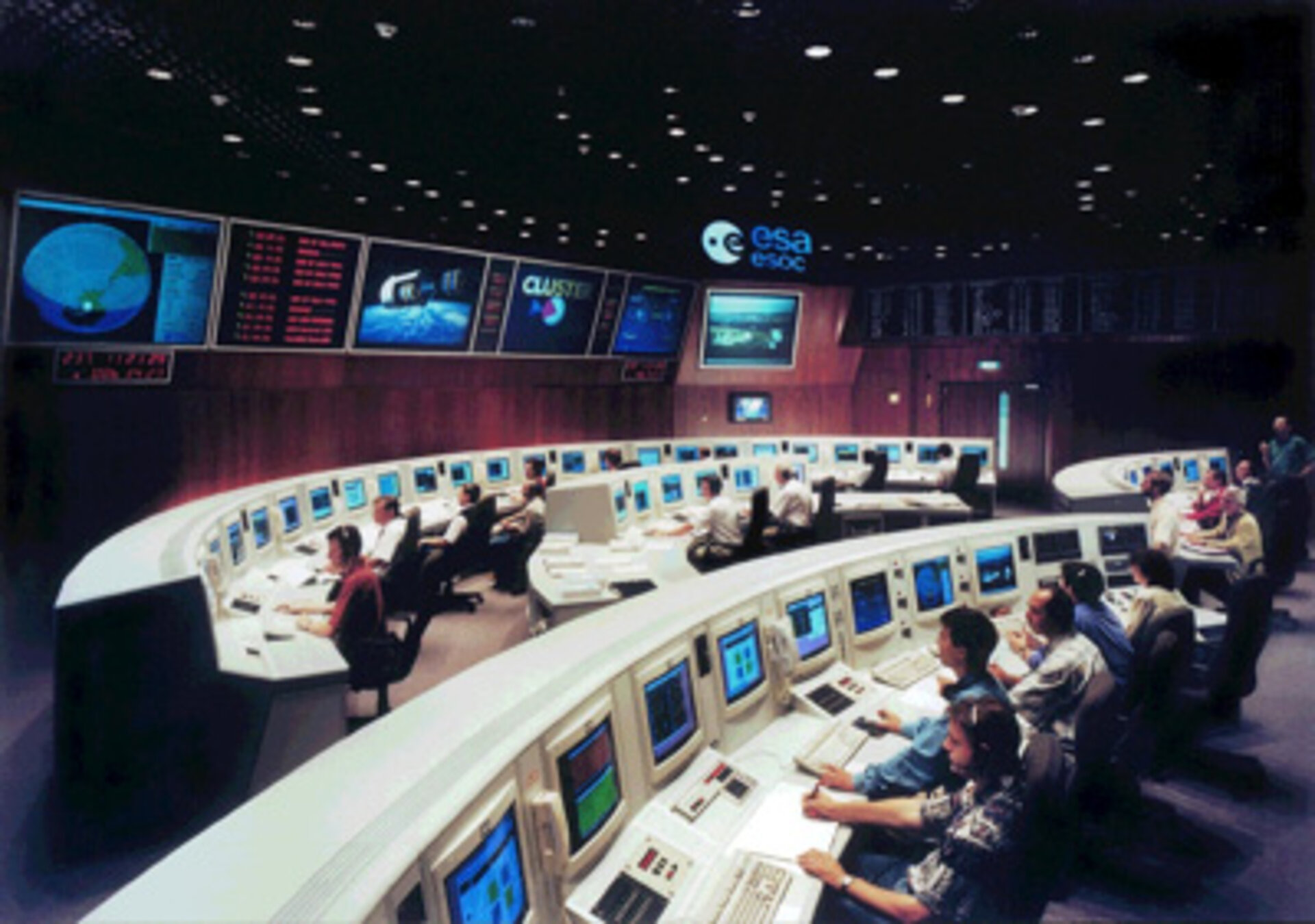 Once Envisat separates from the Ariane 5 launcher it will pass to the control of engineers at the European Space Operations Centre (ESOC) in Darmstadt, Germany.

They will direct the unfurling of the solar array that provides power for the instruments and signal the deployment of the antenna of the synthetic aperture radar. Over the succeeding weeks, they will switch each instrument on and check that it is working.

Already the team has controlled the satellite remotely, first while Envisat was at the European Space Research and Technology Centre (ESTEC) in Noordwijk, Holland and then during the early stages of the launch campaign once the satellite had been shipped to Kourou.

Once the satellite is in orbit, each member of the team will play his or her part just as they have practiced many times during simulations before the satellite was launched. And, as always happens with space mission, the team has done its best to envisage all the things that can go wrong with a complex satellite in orbit, and has developed well-honed recovery techniques.