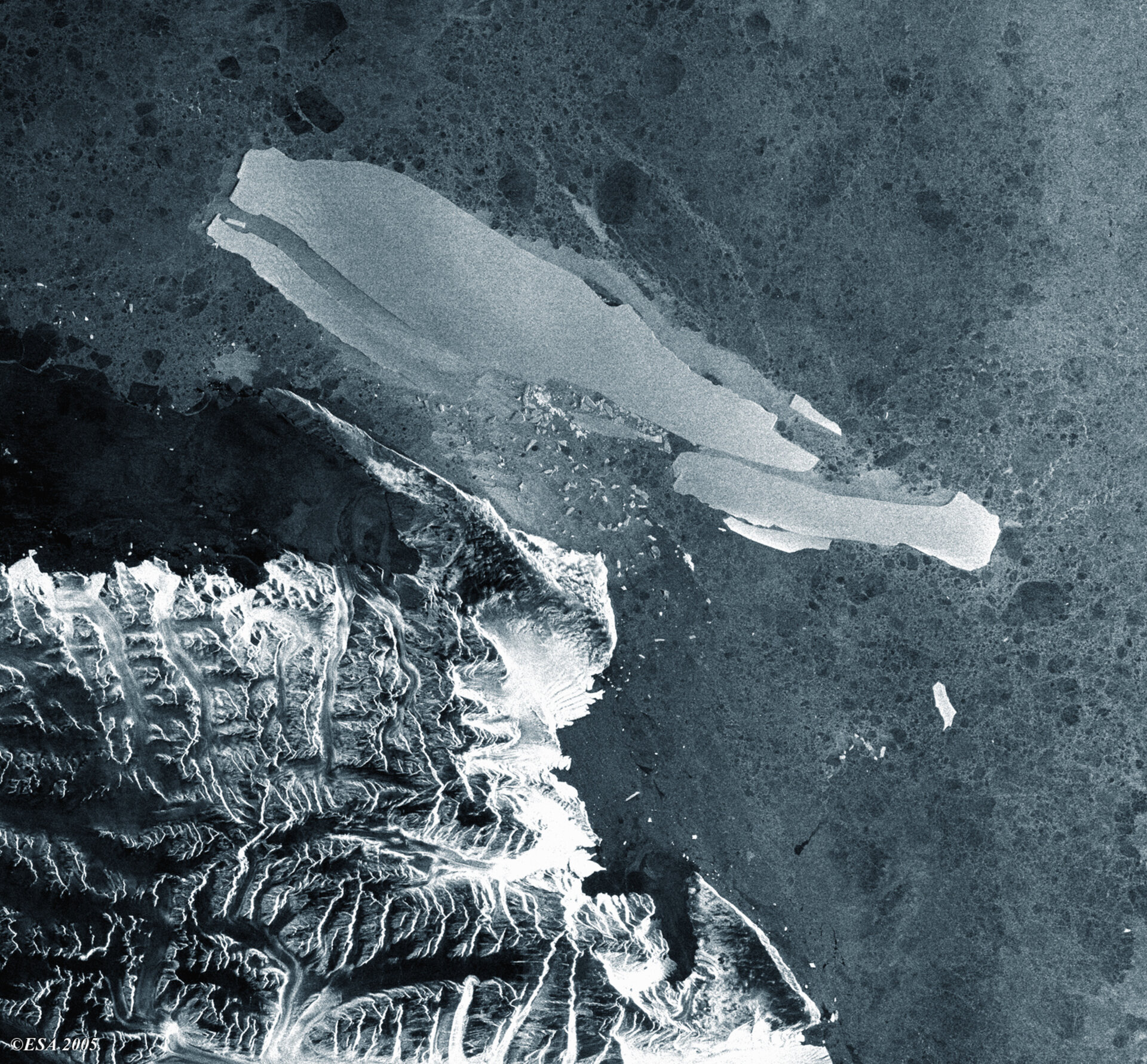 After five years of being the world's largest free-floating object, the B-15A iceberg has broken into smaller pieces off Antarctica's Cape Adare.

ESA's Envisat satellite's Advanced Synthetic Aperture Radar (ASAR) is sensitive to ice, and has been tracking the movement of the drifting ice object continuously since the beginning of this year. Its latest imagery reveals the bottle-shaped iceberg split into nine knife-shaped icebergs and a myriad of smaller pieces on 27-28 October, the largest being formed by fractures along the long axis of the original single iceberg.

Measuring – until last week - around 115 kilometres in length with an area exceeding 2500 square kilometres, the B-15A tabular iceberg had apparently run aground off Cape Adare, the northernmost corner of the Victoria Land Coast. This stranding appears to have led to flexing and straining which resulted in the break-up.

"The long knife-shaped pieces suggest the iceberg has split along existing lines of weakness within the iceberg," says Mark Drinkwater of ESA's Ocean and Ice Unit. "These would have been pre-existing fractures and crevasses in the ice shelf."

These new icebergs, named by the US National Oceanic and Atmospheric Administration (NOAA) National Ice Center, will retain their parent's title: the three largest island-sized pieces have been called B-15M, B-15N and B-15P.

B-15A was the largest remaining section of the even larger B-15 iceberg that calved from the nearby Ross Ice Shelf in March 2000 before breaking up into smaller sections off McMurdo Island.

Since then its B-15A section drifted into McMurdo Sound, where its presence blocked ocean currents and led to a build-up of sea ice that decimated local penguin colonies, deprived of open waters for feeding. During the spring of this year prevailing currents took B-15A slowly past the Drygalski ice tongue. A full-fledged collision failed to take place, but a glancing blow broke the end off Drygalski in mid-April.

The iceberg sailed on to have a less-destructive close encounter with the Aviator Glacier ice tongue at Lady Newnes Bay before becoming stranded off Cape Adare in mid-October.

ASAR is extremely useful for tracking changes in polar ice. ASAR can peer through the thickest polar clouds and work through local day and night. And because it measures surface texture, the instrument is also extremely sensitive to different types of ice – so the radar image clearly delineates the older, rougher surface of icebergs from surrounding sea ice, while optical sensors simply show a continuity of snow-covered ice.

ASAR GMM images are routinely provided to a variety of users including the National Ice Center, responsible for tracking icebergs worldwide.