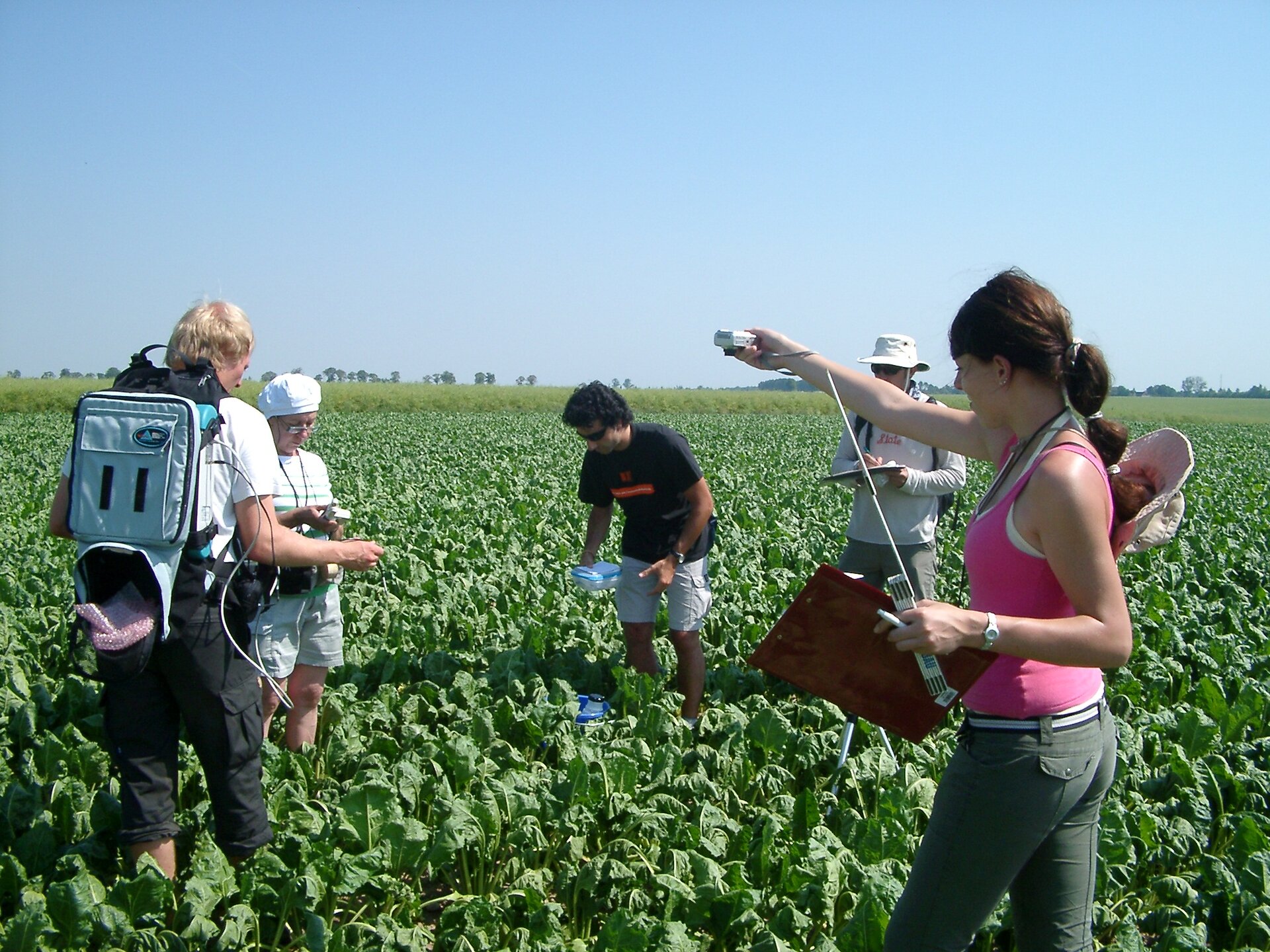 Designing a new satellite mission is always a challenging prospect. Not only is there the huge technical issue of building a spacecraft, but ensuring the eventual data is exactly what users require is also critical to the success of the mission. To this end, a new airborne campaign is being carried out as part of the development procedure for two of ESA's Sentinel missions.

The Sentinel satellite series, which are being developed by ESA in support of the European Global Monitoring for Environment and Security programme (GMES), will meet the needs of the user in a variety of application areas by providing real-time services relating to the land, sea, atmosphere and ice fields. It is imperative that these, as with other Earth Observation missions, yield data with the quality and timeliness that users truly need for their applications.

It is not surprising then, that along with the task of designing and building the satellites, airborne campaigns can play an important role in helping with the development of the mission as they allow satellite data to be simulated long before the actual launch of the mission.

The ESA AgriSAR campaign, which finishes on 25 July, represents an ambitious large-scale attempt to assess the performance of the Sentinel-1 (C-band SAR) and Sentinel-2 (Optical Multi-spectral) for land applications. The campaign was unique in scope and scale. AgriSAR represents one of the few, perhaps the only, land-oriented campaign of its type including frequent airborne SAR coverage during the entire crop-growing season -from sowing to harvest.

The main test site was Demmin, an agricultural site located in Mecklenburg-Vorpommern in North-East Germany, approximately 150 km north of Berlin. The German Aerospace Centre's (DLR) E-SAR system was flown over the Demmin test site more than 14 times between the months of April and July. Weekly in-situ measurements were taken on the ground in selected fields throughout the same period.

In addition to SAR coverage, optical data using the Canadian CASI from ITRES Research and the Spanish AHS from the National Institute for Aerospace Technology (INTA) were acquired during critical phases of the growing season in June and July. The June acquisitions were extended to include a forest and grassland site in central Netherlands, used by the EU EAGLE project.

In total, over 15 research institutes from Germany, Spain, Italy, Belgium, The Netherlands, Britain, Canada and Denmark participated in the campaign.

"Because the AgriSAR campaign extended through the growing season we will now be able to see how the information from the radar and optical data changes with time as the crops grow and mature - we’ve never been able to do this before," says Irena Hajnsek from DLR, one of the coordinators of the campaign.

"Ultimately, I am convinced that AgriSAR will lead to a better understanding of how to best interpret and retrieve information over land using SAR and optical data, helping ESA with the design and implementation of future SAR and optical Earth Observation missions."

Following the success of the AgriSAR activities, the researchers participating in campaign now face the daunting task of organising and analysing the large quantities of data collected in the air and on the ground over the past few months.

In addition, there will undoubtedly be strong scientific use of the data in developing new methods for retrieving information on soil and vegetation characteristics from SAR and optical images.

A total of 60 people from 15 different institutes in eight different countries were involved in the AgriSAR activity, with around 40 people participating during the intense measurements periods.