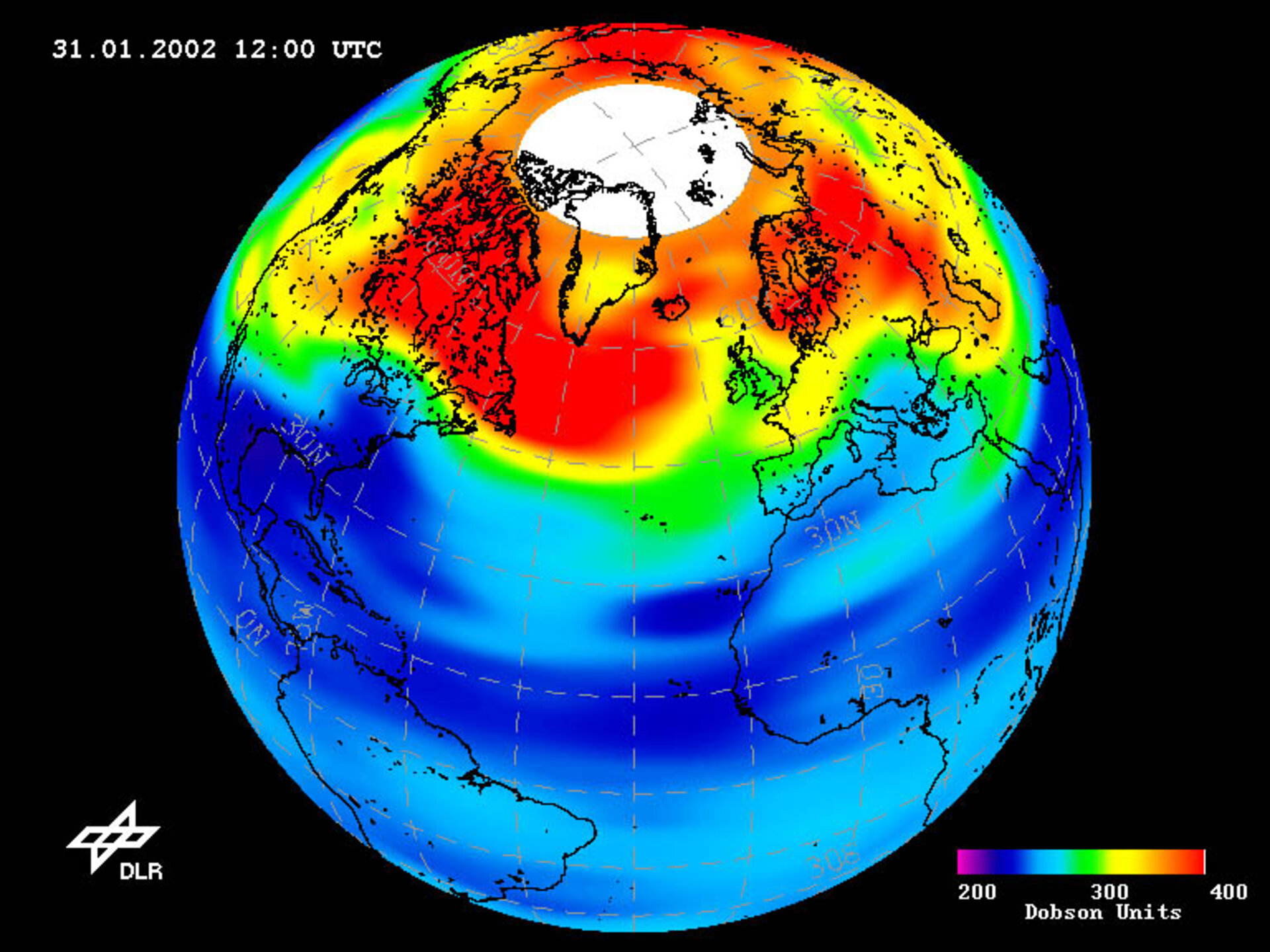 "From 28-30 January, we observed a pronounced 'streamer event'," explains DLR's Thilo Erbertseder, "where streamers of tropical air pushing up from the equatorial regions spread over southern Spain, France and Germany. Ozone levels in tropical air are much lower than those over more northern regions, and the end result was to decrease total ozone coverage to a low level of only 250 Dobson units."

The immediate effect of the low-ozone event was to increase exposure to harmful ultraviolet rays from the sun by 20-30% under clear skies. However, this type of event is alarming for another reason. "The occurrence of mini ozone holes and streamers is highest over Europe," adds Erbertseder, "and the frequency is increasing due to changes in stratospheric meteorology. The continual decline in ozone levels due to chemical depletion and the increase in in frequency of mini ozone holes over Europe is resulting in an increase in harmful biologically active UV radiation."

GOME has revealed that mini-hole and low-ozone events have been increasing in frequency lately. Very low ozone total column densities over Europe of below 200 Dobson Units were measured on 30 November 1999 and on 8 November 2001. The most recent event was accompanied by unusually warm weather in Central Europe.

The GOME data is provided shortly after acquisition by DLR/ESA and was further processed at the German Aerospace Centre's Cluster of Applied Remote Sensing, using a technique called Kalman filtering, which is particularly useful for revealing smaller-scale structures in time and space from satellite measurements.