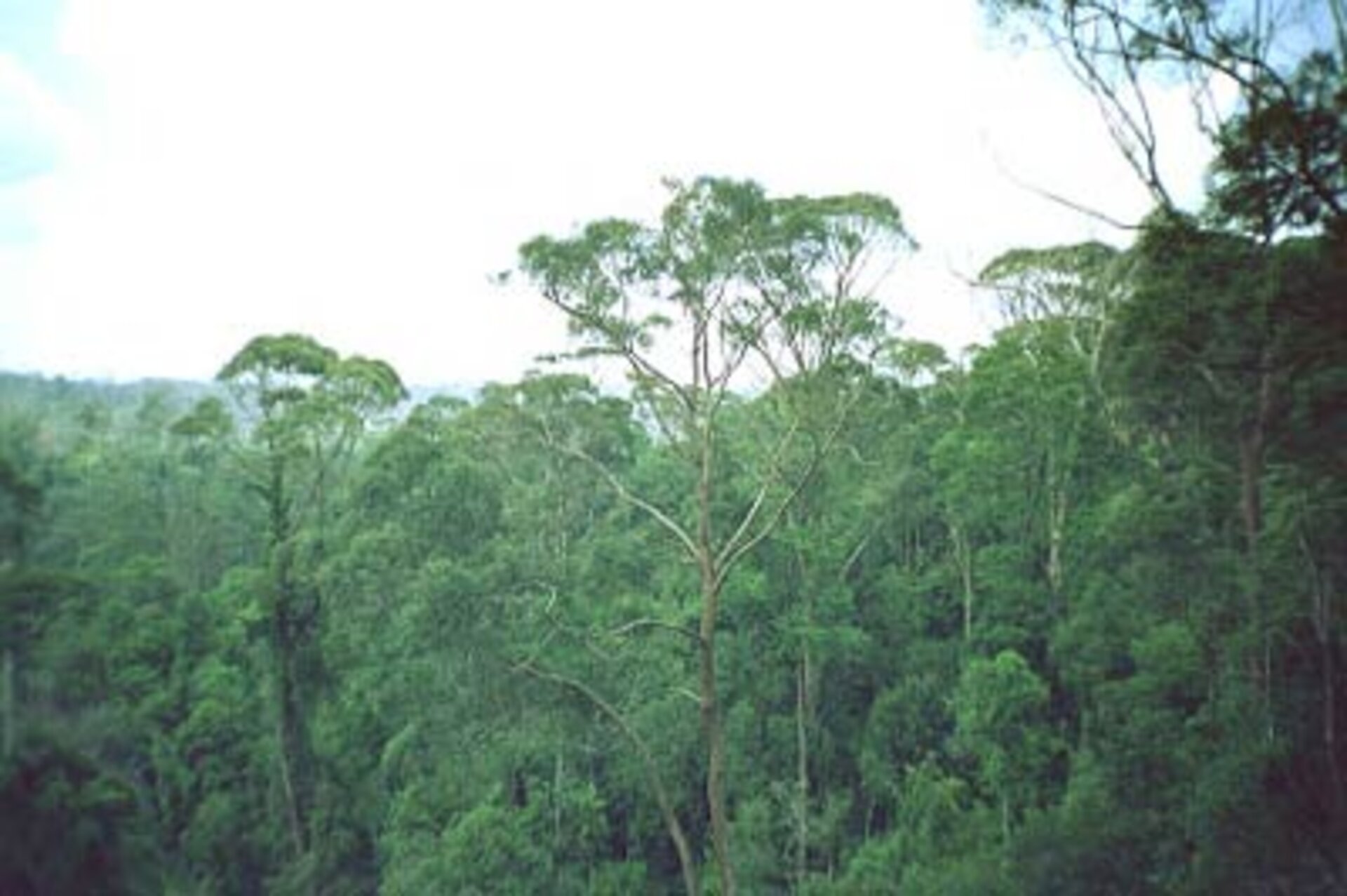 An advanced radar technique to image forests in three dimensions has undergone an ESA-backed test campaign in Indonesia. A future space-based version could measure global biomass to sharpen the accuracy of climate change models.

The sites varied in character from pristine rainforest to coastal mangroves and oil palm and rubber plantations. They were also measured in detail on the ground to provide 'ground truth' for the radar results, around 200 Gigabytes of raw data having been gathered during three weeks of flights.

"We had already carried out tests in European forests," explained INDREX-II team member Dirk Hoekman of the University of Wageningen. "We were able to extract the difference between the tree canopy and the forest floor – and from knowing tree height, we can use specially-developed algorithms to estimate forest biomass with a reasonable degree of certainty.

"What we needed to know was if the same was true of much denser tropical forests. So with ESA's support and the co-operation of the Indonesian Ministry of Forestry we carried out this aerial survey over test sites that were also measured from the ground, in order to gather a sizeable tropical radar database. There is still a lot of analysis to be done, but early findings look promising."

Hoekman added that the instrument also showed high sensitivity to flooded, burnt and logged forest areas, while Irena Hansek of DLR recounted that individual tall trees standing above the surrounding canopy could be detected.

An improved global picture of forests – which cover about 27% of the Earth's total land surface – would have multiple uses. Woodland is an economic resource that is also central to the environment: as a haven for biodiversity, preventing soil erosion and flooding and influencing local climate.

Forests are also the most significant onshore stores of carbon, helping to absorb excess carbon dioxide that would otherwise increase global warming. So the Kyoto Protocol, about to come into force, allows nations with forested areas to set them against carbon emission. Accurate quantification of total forest biomass would provide verification for Kyoto and also shrink current uncertainties within climate change models.

Participants in the weeklong workshop heard that other potential applications of the technology included monitoring of urban areas, ice fields and agriculture.

Radar has come a long way since its initial development for range and direction finding in the run-up to World War Two. Today satellites such as ESA's Envisat routinely scan the Earth with radar signals, building up highly detailed surface images - even through clouds and local darkness – out of reflected radar backscatter.

In addition to simply imaging a site, two radar images of the same location acquired from close to the same position in space can be combined together using a technique called SAR interferometry (InSAR). Working on the same basis as stereoscopic vision, a dual image InSAR dual-image combinations throw up colourful interference pattern 'fringes' that resemble contour lines on the map.

These fringes contain topographic height information that can be used to generate highly accurate digital elevation models (DEMs). InSAR can also be applied to detecting millimetre-scale ground movement taking place between acquisitions, such as ground subsidence or tectonic motion.

Extra information can also be gathered on a site based on the fact that radar signals can have different polarisations; just as visible light does – as demonstrated by the high amount of glare screened out with polarized sunglasses.

Envisat's Advanced Synthetic Aperture Radar (ASAR) is a dual-polarisation instrument, meaning that it can transmit and receive in either Horizontal (H) or Vertical (V) polarisations. In Alternating Polarisation (AP) mode it transmits in the same way, but can receive back radar pulses in both H and V polarisations. Combinations of HH/VV HH/HV or VV/VH polarisation pairs are possible.

Depending on the physical and chemical properties of the surface, the responses from these different combinations of polarisation pairs can vary considerably, for example enabling the differentiation of separate crop species in the same field, or telling sea ice from open water.

The new generation of airborne radar sensors go one better than ASAR because they include full quad-polarisation capability: this means their signal can be retrieved simultaneously in H and V polarisations, so that by sending alternating H and V pulses a full spread of combinations can be obtained, generating more information-rich imagery.

These two techniques of InSAR and polarimetry have both been around a long time. Pol-InSAR is the combination of these two processes – the performance of interferometry from multi-polarised radar images.

"Using Pol-InSAR brings us an extra dimension in the imaging of forests," said Scott Hensley of California's Jet Propulsion Laboratory (JPL). "The interferometry part gives us the height data, while the polarisation part provides information on depth and also the orientation of objects relative to the instrument. This can then be processed to form a complete three-dimensional picture."

In the case of forests, Pol-InSAR typically relies on longer L- or P- band wavelengths upon in preference to the shorter C-band wavelengths used by the radar satellites currently in orbit - these code letters being a legacy from radar's wartime origins.

Envisat's C-band radar has a wavelength of 5.8 centimetres, which is too short to pierce through a dense forest canopy. Instead Pol-InSAR measurements are made using L- and P-band wavelengths, which range between around 15 to 100 cms – closer to the dimensions of the trees researchers are interested in.

Pol-InSAR is a relatively young field, albeit one that has come on greatly since the first POLINSAR workshop at ESRIN back in January 2003. That meeting concluded with recommendations that Pol-InSAR be tested on further forest types, which led to the INDREX-II campaign.

This time discussions were centred on the prospect of the current generation of airborne sensors eventually making it into orbit aboard to a Pol-InSAR-capable satellite.

There are several new radar missions due to enter service - including Germany's TerraSAR-X, Japan's Advanced Land Observing Satellite (ALOS), the Italian-French CosmoSkyMed and Canada's Radarsat-2 – but while they offer researchers an increased range of radar wavelengths and polarization combinations, none are optimised for Pol-InSAR.

A major hindrance is that a single satellite can take time to revisit the same area – 35 days in the case of Envisat. In just a few days between images, vegetation growth in forested areas can be so great to prevent InSAR coherence: the two scenes have changed too much for interferometry to work.

One simple but costly solution that was raised was to launch constellations of satellites to minimise revisit times. Another suggestion was to forego satellites in favour of high-altitude unmanned aerial vehicle (UAV) platforms over areas of continuing interest.

The next POLINSAR meeting is due to take place in January 2007.