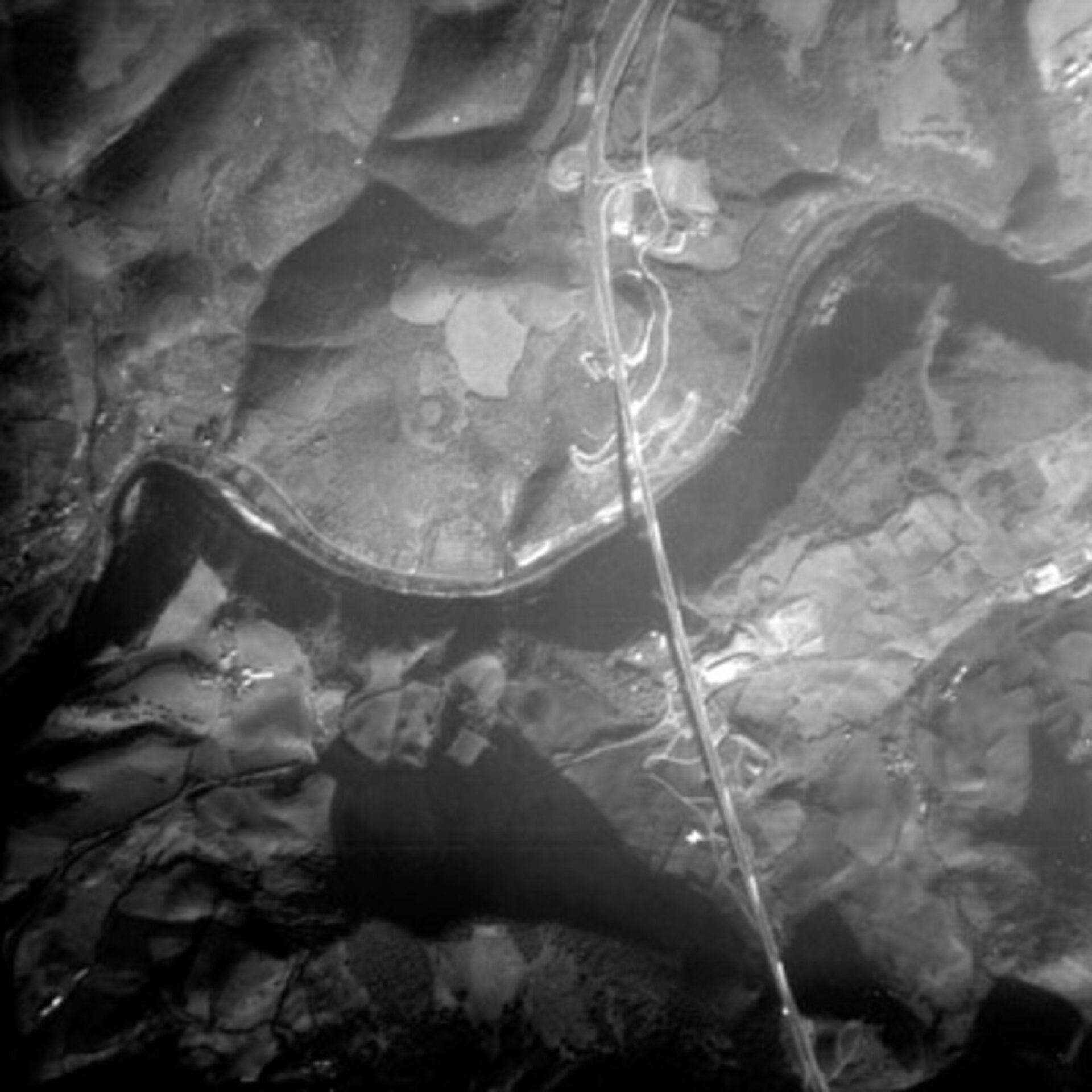 The Millau viaduct, newly inaugurated by President Jacques Chirac, is now the world's tallest road bridge. It stands high above the Tarn valley in France's Massif Central mountains, as seen in this 11 December satellite image from ESA's Proba.

The bridge is made of a four-lane steel-built roadway stretching across 2460 metres. At its highest the roadway is suspended 270 metres above the Tarn River.

It is supported by seven concrete pillars standing 343 metres tall, greater than the height of the Eiffel Tower – in fact the bridge was actually constructed by the Eiffage construction group, builders of that historic Paris landmark.

From both sides of the valley, the metal sections of the structure were assembled, lifted and then pushed and fastened into place on each of the supporting pillars. After three and a half years of work the final link was completed in May this year.

The bridge is part of the A75 motorway connecting Paris to the Mediterranean, and designed to serve as a bypass to the nearby town of Millau, which up until now has experienced serious summer traffic congestion.

The satellite images were taken by Proba's High Resolution Camera (HRC), which has a spatial resolution of five metres, acquiring monochromatic images with an area of 25 square kilometres.

Proba is a micro-satellite developed by ESA's General Support Technology Programme (GSTP) and built by an industrial consortium led by the Belgian company Verhaert, launched from India on 22 October 2001 and operated from ESA's Redu Ground Station in Belgium. Its main Compact High Resolution Imaging Spectrometer (CHRIS) instrument, funded by the British National Space Centre (BNSC), has been built by the UK company SIRA Space.

Proba was intended as a one-year technology demonstration mission, but has since had its lifetime extended to serve as an Earth Observation mission.

A follow-on technology demonstrator called Proba-2 is due to be deployed by ESA by the end of 2006 or 2007 depending on the selected launch opportunity. As with its predecessor the new mission will prove new technologies and new products in orbit.