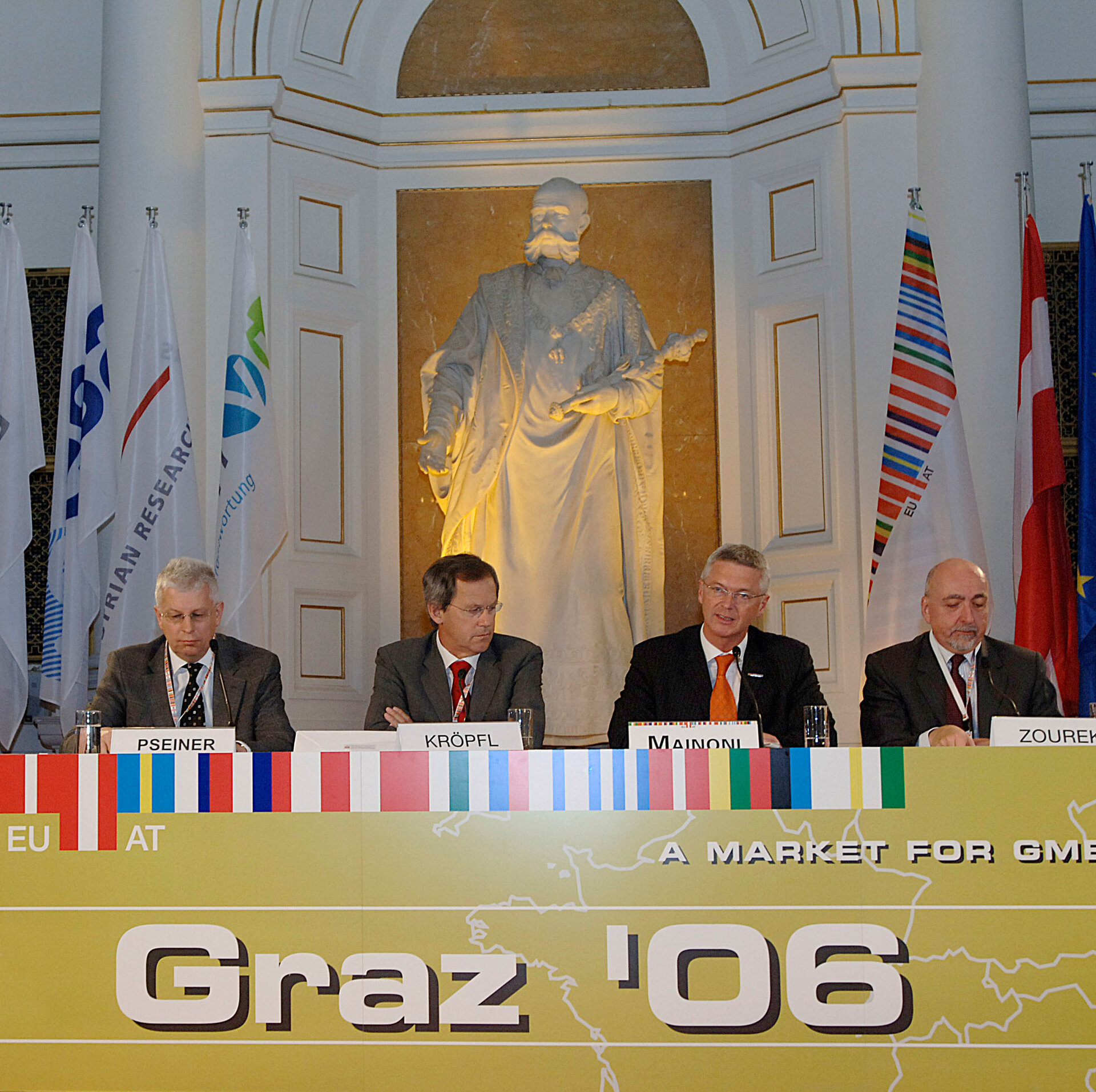 The importance of GMES for European citizens was highlighted today at a press conference in Graz, Austria, marking the end of the symposium 'A Market for GMES in Europe and its regions - the Graz Dialogue'.

The purpose of the symposium, attended by over 200 participants, was to discuss the applications of Global Monitoring for Environment and Security (GMES) and consider ways of increasing the involvement of the regions in the initiative, as well as the time frame, funding and governance. Previous workshops – held in Warsaw, Toulouse and Budapest – contributed to the dialogue on GMES and were taken into account for the final conclusions of the symposium.

GMES is an EU-led initiative in partnership with ESA to combine ground- and space-based observations to develop an integrated environmental monitoring capability to benefit European citizens.

The cost of the space infrastructure is around €2.3 billion, a part of which is covered by the EU’s 7th Framework Research and Development Programme. ESA will also assume part of the costs.

Following the symposium, a press conference was held by the Austrian Presidency of the European Union, the European Commission, ESA and the European Environment Agency.

Austrian Secretary of State Eduard Mainoni said: "We expect that in 2008 the first Europe-wide services for GMES will be operational. This will be followed by a series of satellites starting in 2011, the Sentinels, to be developed as a contribution by ESA. Thus we will be able to guarantee the operational continuity of such services."

Executive Director of the European Environment Agency Jacqueline McGlade said: "The Graz Dialogue has highlighted the need to engage users of GMES through the early delivery of key services. ESA's early investment in the provision of environmental information has clearly been a great asset in this regard.

"Fast track services and the partnership between ESA, the European Commission and the European Environmental Agency and the services on land, in particular, will provide information about the way Europeans live and use the land around them."

Vice-President of the European Commission Günther Verheugen and Mr. Mainoni jointly stressed the benefits of GMES to European citizens: "Through Earth observation we are able to react in time to specific events. In the future it will also be possible to detect and to react to natural disasters like floods and avalanches."

"Only with satellites can we, today, guarantee a continuous observation of the Earth on a global scale, irrespective of borders and in real time. For the fast distribution of data and products, the satellites are irreplaceable," Director of ESA’s Earth Observation Programme Dr. Volker Liebig said.

In an effort to raise interest with the young generation for this project, Mr. Verheugen announced a competition to find a new name for GMES: "The objective is to give a new look to this initiative. School classes can propose their ideas until October 2006 - the best will be chosen by a jury and awarded."