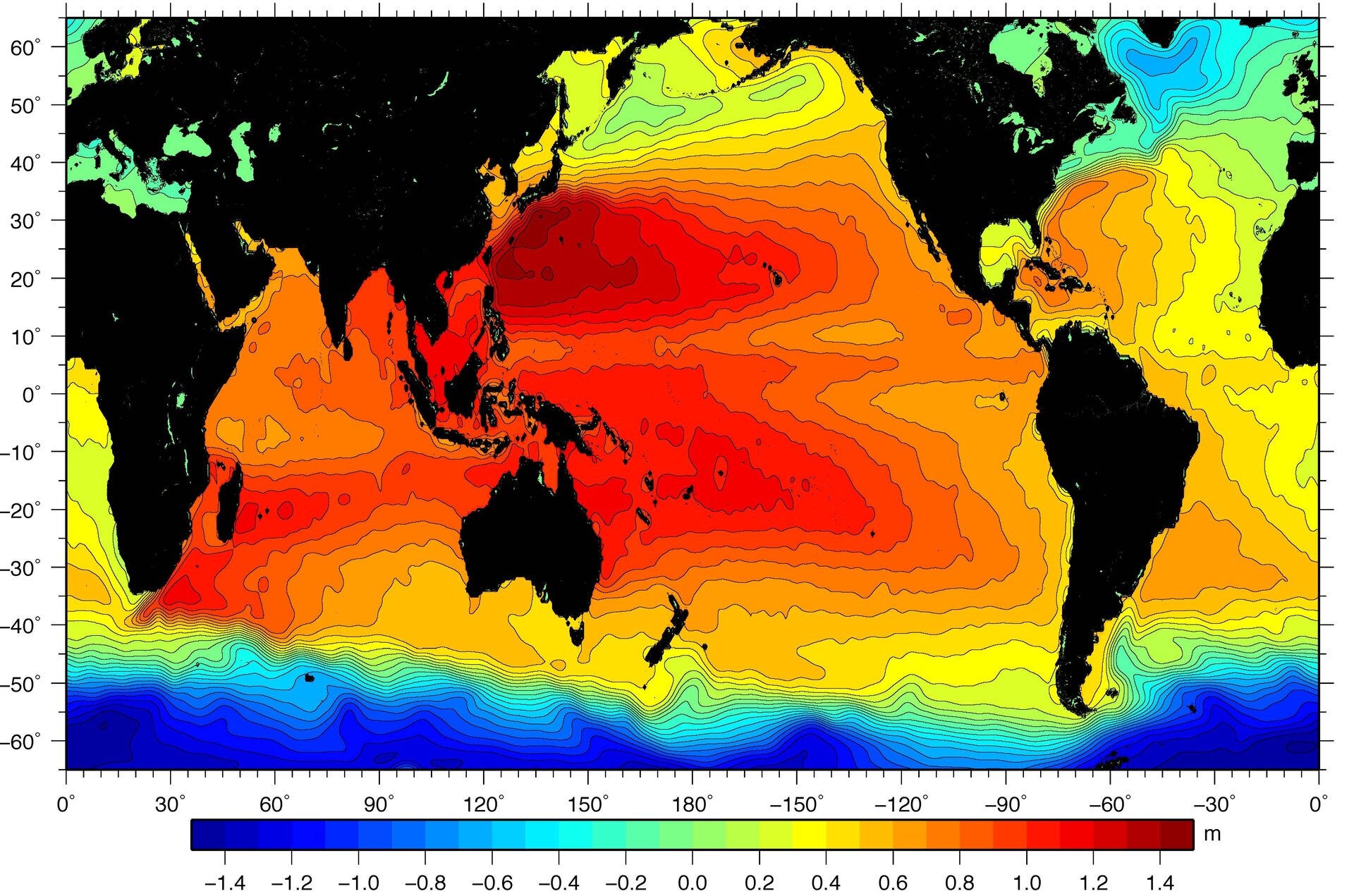 Scientists from around the world have been hearing about the latest results from ESA's new GOCE, SMOS and CryoSat Earth observation missions at the biggest scientific gathering of the year.

Attracting around 18 000 scientists, researchers, teachers, students and consultants to review developments in Earth and space science, the annual American Geophysical Union (AGU) Fall Meeting is an unparalleled opportunity for participants from around the world to share and discuss their findings.

This year, ESA has brought some interesting results to the arena, showing how the latest data from the three new Earth Explorers and the ERS and Envisat workhorse missions are furthering our knowledge of Earth.

In particular, results from GOCE, which is measuring Earth's gravity with unprecedented accuracy, were met with enthusiasm as the new gravity models were presented.

These data are resulting in a unique model of the 'geoid' – the surface of an ideal global ocean at rest. This is a crucial reference for accurately measuring ocean circulation, sea-level change and ice dynamics – all of which are affected by climate change.

Making a step change in the way we see Earth’s gravity, GOCE's high-precision data have already been put to use to examine surface ocean currents.

By combining the new GOCE models with satellite altimetry data, which give the actual height of the sea surface, the difference between the geoid height and the sea-surface height can be found. This is revealing greater insight into currents such as the Gulf Stream, different branches of the North Atlantic Current, the Kuroshio in the north Pacific, and the Antarctic circumpolar current.

"With this early success, GOCE has already demonstrated its value as a tool for understanding Earth's changing climate.

"We can look forward to continued improvements in our ability to measure the currents of the world's oceans over the lifetime of the mission."

Other results include the first global map of both soil moisture and ocean salinity that was delivered by the SMOS Earth Explorer.

By consistently mapping soil moisture and ocean salinity, SMOS is advancing our understanding of the exchange processes between Earth's surface and atmosphere, and also helping to improve weather and climate models.

An interesting recent result has shown that the mission is also capable of capturing surface features resulting from tropical storm systems passing over the oceans – with September data revealing hurricanes Earl and Igor in the Atlantic.

Tommaso Parrinello, ESA's CryoSat Mission Manager, said, "AGU is the first international conference where the preliminary results of the CryoSat mission have been presented.

"We are now getting ready to open the data to the science community next month. This is another important milestone scientists have been waiting almost a decade for."

The meeting also provided an excellent opportunity to spread the word among the community about ESA's Earth observation data policy – which offers open and free access to data.