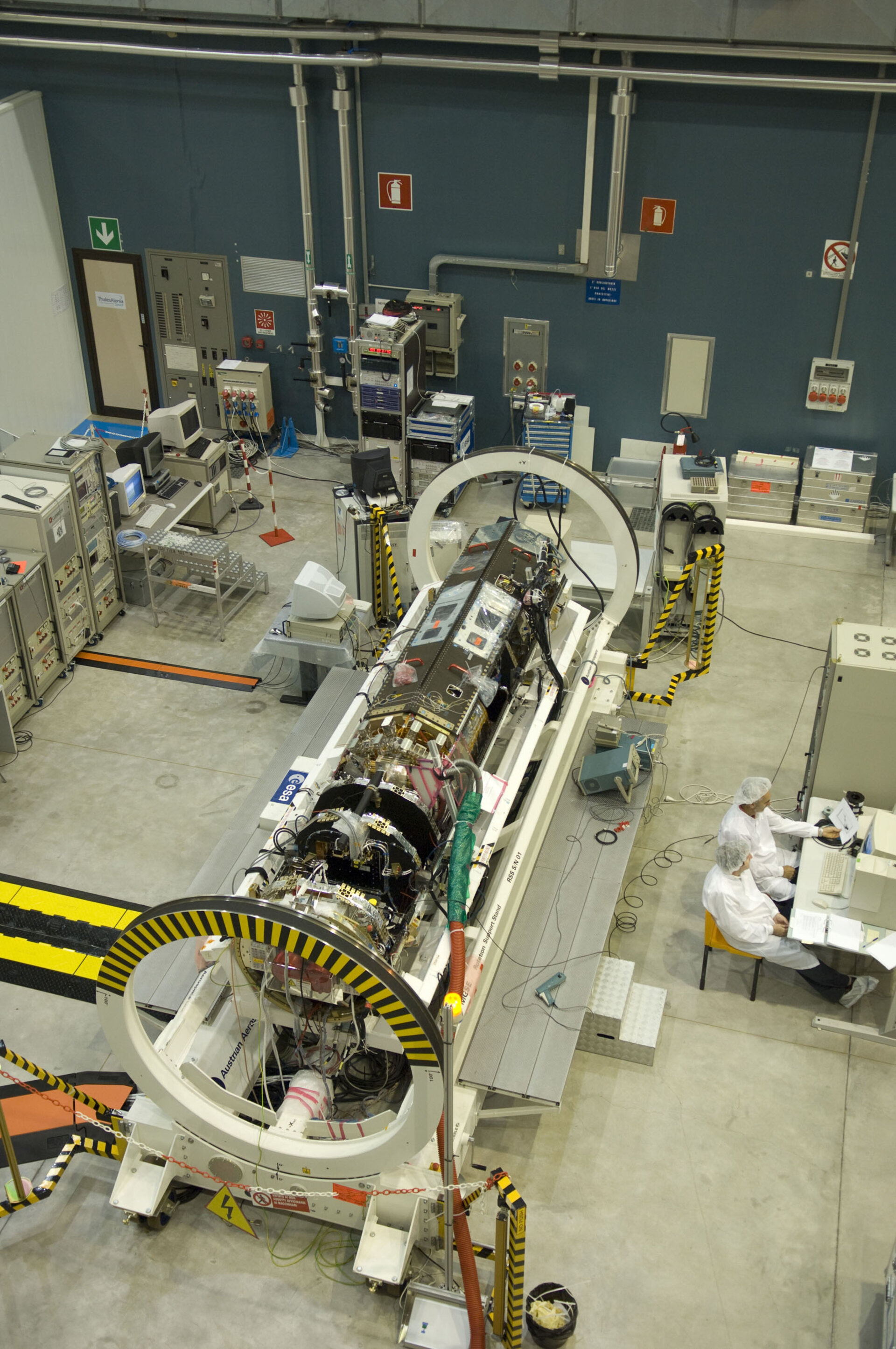 GOCE, ESA’s first satellite dedicated to measuring the Earth’s gravity field, has been presented to the press today in Turin, Italy, before being shipped to ESTEC – the space agency’s research and technology centre in the Netherlands – for final testing.

The Gravity field and steady-state Ocean Circulation Explorer(GOCE), the first core Earth Explorer mission to be developed as part of ESA's Living Planet Programme, will significantly advance our knowledge of how the Earth works and provide insight into ocean circulation, sea-level change, climate change, volcanism and earthquakes.

The spacecraft has been in Italy at Thales Alenia Space, the prime contractor for the development, integration and testing, for roughly nine months where the last subsystems and the payload were integrated on its platform.

Speaking at today’s media event, Carlo Alberto Penazzi, President and Chief Executive Officer of Thales Alenia Space in Italy, said: "We are especially proud to have played a major role in this ESA project, which represents a crucial step forward in increasing our knowledge of the structure of our planet and its well-being."

ESA GOCE Project Manager, Danilo Muzi highlighting the role of industry in this very challenging satellite’s development, said: "Forty-five companies distributed over 13 European countries have been working with ESA on the design of the satellite since 2001. The development of the GOCE satellite represents genuine European industrial cooperation."

"ESA's gravity satellite will measure Earth's gravity from place to place around the globe to provide a uniform global picture. It will do this with a level of detail and accuracy never before achieved," ESA GOCE Project Scientist, Mark Drinkwater, said. "This fundamental reference dataset will give access to new scientific insights into ocean circulation and its impact on climate, as well as into the structure of the interior of the Earth in critical locations such as earthquake and volcanic zones."

Because the gravitational signal is stronger closer to the Earth, GOCE has been designed to fly in a particularly low orbit - at an altitude of just 250 km. However, the remaining atmosphere at low altitudes creates a demanding environment for the satellite and presented a challenge for its design.

Unlike other missions where various independent instruments are carried aboard the spacecraft, GOCE is unique in that the instrumentation actually forms part of the structure of the satellite. A completely stable, rigid and unchanging local environment is required to acquire extremely high fidelity ‘true’ gravity readings, so the spacecraft intentionally has no mechanical moving parts.

The newly developed primary instrument - the gravity gradiometer - measures the terrestrial gravitational field thanks to a set of six ultra-sensitive capacitive sensors. In order to attain the required sensitivity, the gradiometer is combined with a precise GPS-based Satellite-to-Satellite Tracking Instrument to provide accurate three-dimensional positioning of the satellite along its orbit.

Once delivered to ESTEC in Noordwijk, the Netherlands, the spacecraft and gradiometer will undergo the final integration and environmental testing programme to make sure everything is in order to withstand the rigours of launch and the hostile conditions it will experience in space.

In spring 2008, GOCE will be launched on a Rockot launcher from the Plesetsk Cosmodrome in north-western Russia, under the responsibility of the German-Russian launch operator Eurockot.