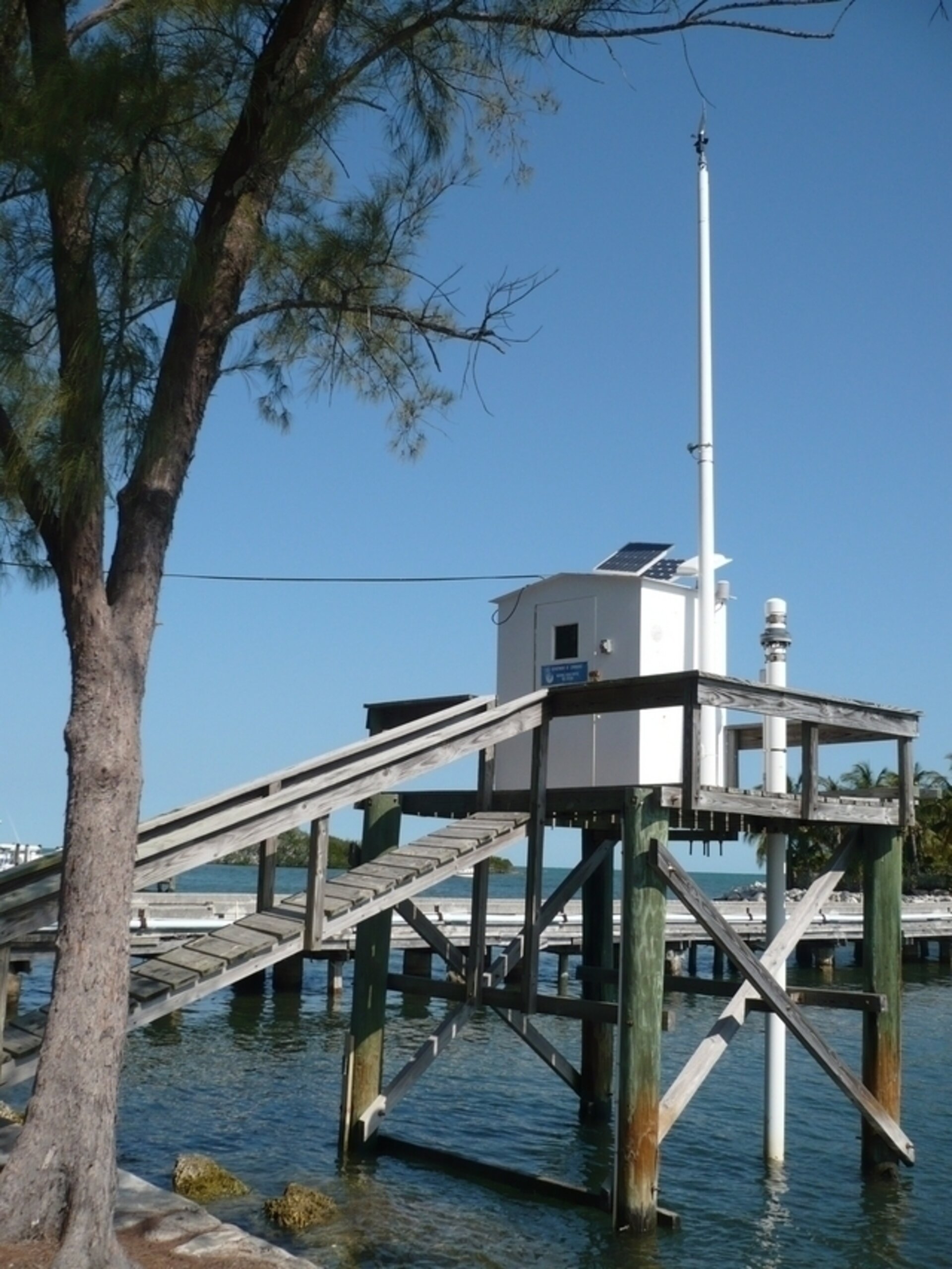 For decades, scientists have disagreed about whether the sea is higher or lower heading north along the east coast of North America. Thanks to precision gravity data from ESA’s GOCE satellite, this controversial issue has now been settled. The answer? It’s lower.

Many might assume that the height of the sea is the same everywhere – but this is not true because winds, currents, tides and different temperatures cause seawater to pile up in some regions and dip in others.

However, it is difficult to determine relative heights of the sea, especially near the coast. To do this, tide gauge measurements need to be compared with a ‘level’ surface.

The old method of making these calculations involved conventional levelling, carrying surveying instruments thousands of kilometres and combining measurements in the national surveying datums that were assumed to be level reference surfaces.

Until recently, geodesists thought that the height of the sea increased with latitude along the Atlantic coast from Florida to Canada. Their conclusions, which go back to the 1920s, were based on traditional methods that connect values of mean sea level from tide gauge measurements.

This ran counter to the intuition of most oceanographers, who were aware of the influence that the Gulf Stream would have on the height of the sea along the coast.

Most modern computer models of ocean circulation suggest that sea level falls travelling north, especially along the Florida coast. As this major current then sweeps away from North Carolina, coastal sea level should be essentially flat thereafter. This contrasts with the Pacific coast where there is no significant slope with latitude.

GOCE maps variations in Earth’s gravity with extreme detail. The result is a unique model of the ‘geoid’, which is essentially a virtual surface where water does not flow from one point to another.

The new geoid and in situ gravity measurements have been used as a reference to establish levelling heights. Combining the GOCE geoid and GPS heights at tide gauges provides indirect means of calculating sea heights by levelling along coastlines.

Through ESA’s Support to Science Element programme, scientists from the National Oceanography Centre Liverpool in the UK, the Technical University of Munich in Germany and Newcastle University in the UK have developed a new method that largely uses GOCE data to determine a reference level surface.

This work complements that of Dalhousie University in Canada and other oceanographic research groups also making use of new geoid information.

Philip Woodworth from the National Oceanography Centre Liverpool said, “GOCE has resolved this old debate in the oceanographers’ favour.

“The results prove conclusively that sea level decreases going north along the North American Atlantic coastline, in agreement with the ocean models.”

Similar results agreeing with the ocean model have also been obtained along the North Pacific and European coastlines.

Dru Smith from the US National Geodetic Survey said, “Since the issue was raised in 1927 studies showed a mismatch between classical and modern observations on land. The new results, however, settle the argument convincingly and are relevant for both North American coastlines. The findings are important for establishing a common height reference system between the US, Canada and Mexico.”

Reiner Rummel from the Technical University of Munich added, “We have to admit that we geodesists were wrong and the oceanographers were right. As both geoid and ocean models continue to improve, we can expect to learn many more interesting details about sea level and ocean circulation.

“Importantly, data from GOCE will lead to a unified global height system so that we can consistently study sea-level change apparent in tide gauge and satellite altimetry data.”