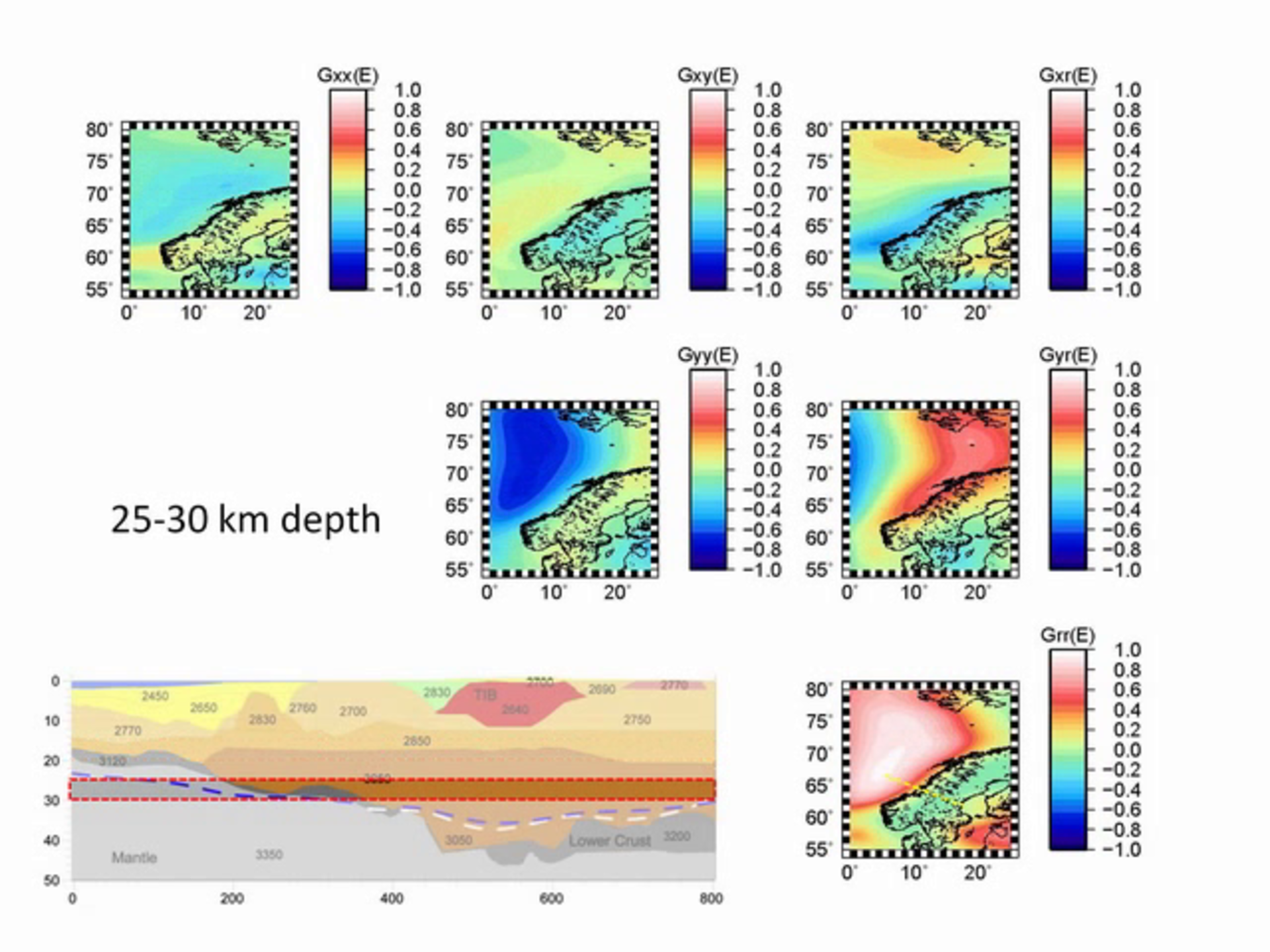 With a catalogue of triumphs that range from delivering novel information about winds at the edge of the atmosphere to mapping the structure of Earth’s crust 200 km below our feet, ESA’s GOCE satellite is in the limelight at this week’s Living Planet Symposium.

Carrying the first 3D gravity gradiometer in space and orbiting lower than any other research mission, this state-of-the-art satellite has measured Earth’s gravity with unprecedented accuracy, resulting in a series of four geoid models, each more accurate than the last.

And, a fifth is expected in the middle of next year that will include GOCE’s last measurements.

These final data will be even more accurate because they are being taken from an orbit 31 km lower than the satellite’s original mapping height – at the very limit of its capability but maximising its scientific return.

While the GOCE geoid is being used to understand how oceans transport huge quantities of heat around the planet and used to develop a global height reference system, the mission’s gravity-field measurements are also shedding new light on Earth’s interior.

Geophysicists are using GOCE gravity gradient measurements to gain, for example, new insights into the geodynamics associated with the lithosphere.

Jörg Ebbing from the Geological Survey of Norway said, “To understand the processes and dynamics of tectonic plate movement we need to know how the lithosphere is structured.

“Earth’s crust and the uppermost mantle form the lithospheric plates, which are moved by plate tectonics and mantle convection.”

Dr Ebbing went on to explain that there is a difference between oceanic and continental lithosphere.

“The oceanic lithosphere is young in geological terms, less than 200 million years old, and associated with sea-floor spreading and the widening of oceans. Continental lithosphere is older and thicker, and we know from seismology that it can be very heterogeneous in structure.

“However, a better understanding of the thermal structure and composition of the lithosphere is needed to understand, for instance, how mountain belts develop.”

Seismology as well as thermal and electromagnetic studies provide information about the lithosphere, but since variations in gravity reflect the inhomogeneous nature of Earth’s interior, accurate gravity data also prove invaluable.

Using GOCE measurements, the animation above shows gravity gradients from horizontal slices of the lithosphere at different depths under the northeast Atlantic region.

This area covers the warm young oceanic lithosphere under the Atlantic Ocean, the continental lithosphere beneath the Norwegian shelf and Scandinavian mountains, and the old thick lithosphere in the centre of the ‘Fennoscandian shield’.

The main gravity gradients are caused by variations in the thickness of the crust.

In addition, the high sensitivity to the depth of 150 km is shown. This depth, close to the crustal base, is poorly imaged in most seismological models.

“The use of GOCE gravity gradients is enabling us to distinguish whether density is influenced by temperature or by the composition of the upper mantle,” said Dr Ebbing.

“This is giving us unprecedented detail on how the crust and upper mantle are linked.”

These new results complement other research that used GOCE data to produce the first high-resolution map of the depth of the Mohorovičić discontinuity, or Moho – the boundary between the crust and mantle.

The new findings go a step further than the classical Moho mapping by linking static geophysical imaging to dynamic processes inside the Earth.

While of huge scientific importance, results such as these are also of practical use. As the global population continues to grow, as does our need for natural resources stored in Earth’s crust. So better understanding its composition is likely to lead to more efficient exploration.

“Now that we have a procedure to use gravity gradients for geophysics, the community can look forward to the release of global gravity gradient grids in 2014,” commented ESA’s Roger Haagmans.

Although GOCE will soon have completed its mission, new results continue to emerge as scientists find ever-more imaginative ways of using its data to further our knowledge of Earth.

As Prof. Reiner Rummel said, “GOCE offers a fresh look into Earth’s interior, in particular, when using the gravity gradients directly as now shown. The gradients provide, for the first time, a 3D image of Earth from gravity.”