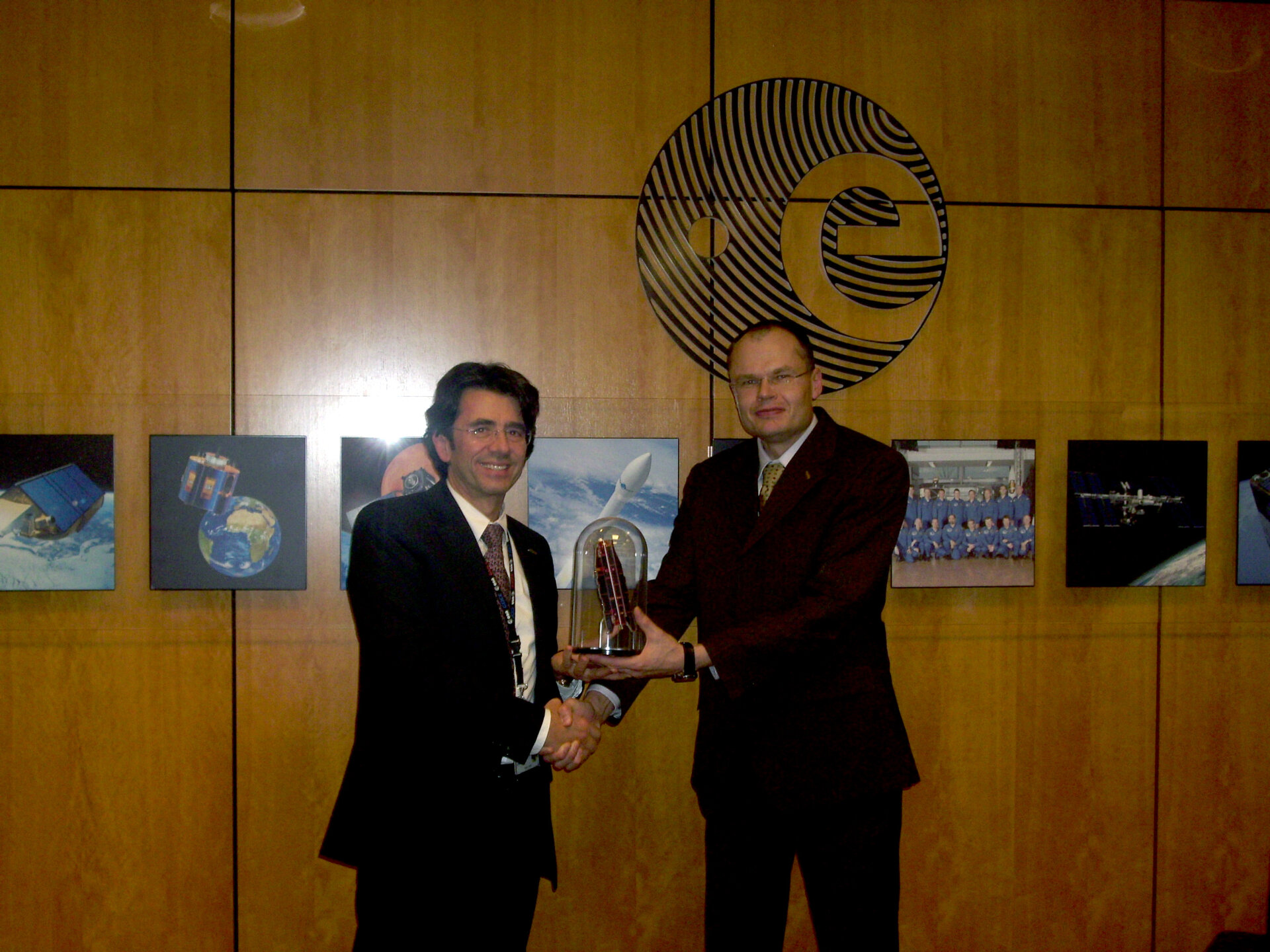 ESA’s GOCE gravity mission has achieved another major milestone as control of the satellite is transferred to the operations teams, marking the end of its commissioning and calibration phase.

The development phase included the design, building and testing of the satellite, the ground segment facilities and launch services, while the exploitation phase, which will be managed from ESRIN, includes GOCE operations and maintenance, data processing and scientific data exploitation. The satellite will be monitored, operated and controlled by the Flight Operations Segment at ESA’s European Space Operations Centre (ESOC) in Darmstadt, Germany.

Speaking at the ceremony, Volker Liebig, ESA’s Director for Earth Observation Programmes, said: "I would like to take this opportunity to congratulate Danilo on a job well done and extend my best wishes to Rune, as the captain on board."

"I am very grateful to all of the colleagues who have worked with me on this fantastic project during all of these years," Mr Muzi said. "From now on the 'baby' will be in the capable hands of Rune, and we are all looking forward to the release of the first GOCE Earth gravity field and geoid models."

The handover followed an In-Flight Test Review of the satellite’s status, completed on 15 October, and a Payload Data Ground Segment Operations Readiness Review, completed on 11 November.

"The reviews concluded that all elements of the mission are in an excellent shape," Mr Floberghagen said. "All instrument data are of excellent quality, and the data processing is going according to plan."

All ESA Earth observation missions undergo a similar handover, but this is the first mission handover of this type since Envisat completed its commissioning and calibration phase in December 2002 and responsibility was transferred from Project Manager Jacques Louet to Mission Manager Henri Laur.

The other major milestones in the commissioning of GOCE have been the successful start-up of its electric propulsion system and the switching-on of the sophisticated gradiometer instrument.

GOCE belongs to a new family of ESA satellites, called Earth Explorers, designed to study our planet and its environment in order to improve our knowledge and understanding of Earth-system processes and their evolution to enable us to address the challenges of global climate change.

GOCE was the only Earth Explorer in orbit until 2 November, when ESA launched SMOS (Soil Moisture and Ocean Salinity) to map sea-surface salinity and monitor soil moisture on a global scale. Another Earth Explorer satellite, CryoSat-2, is scheduled to be launched next February to monitor changes in the thickness of the polar ice sheets and floating sea ice.