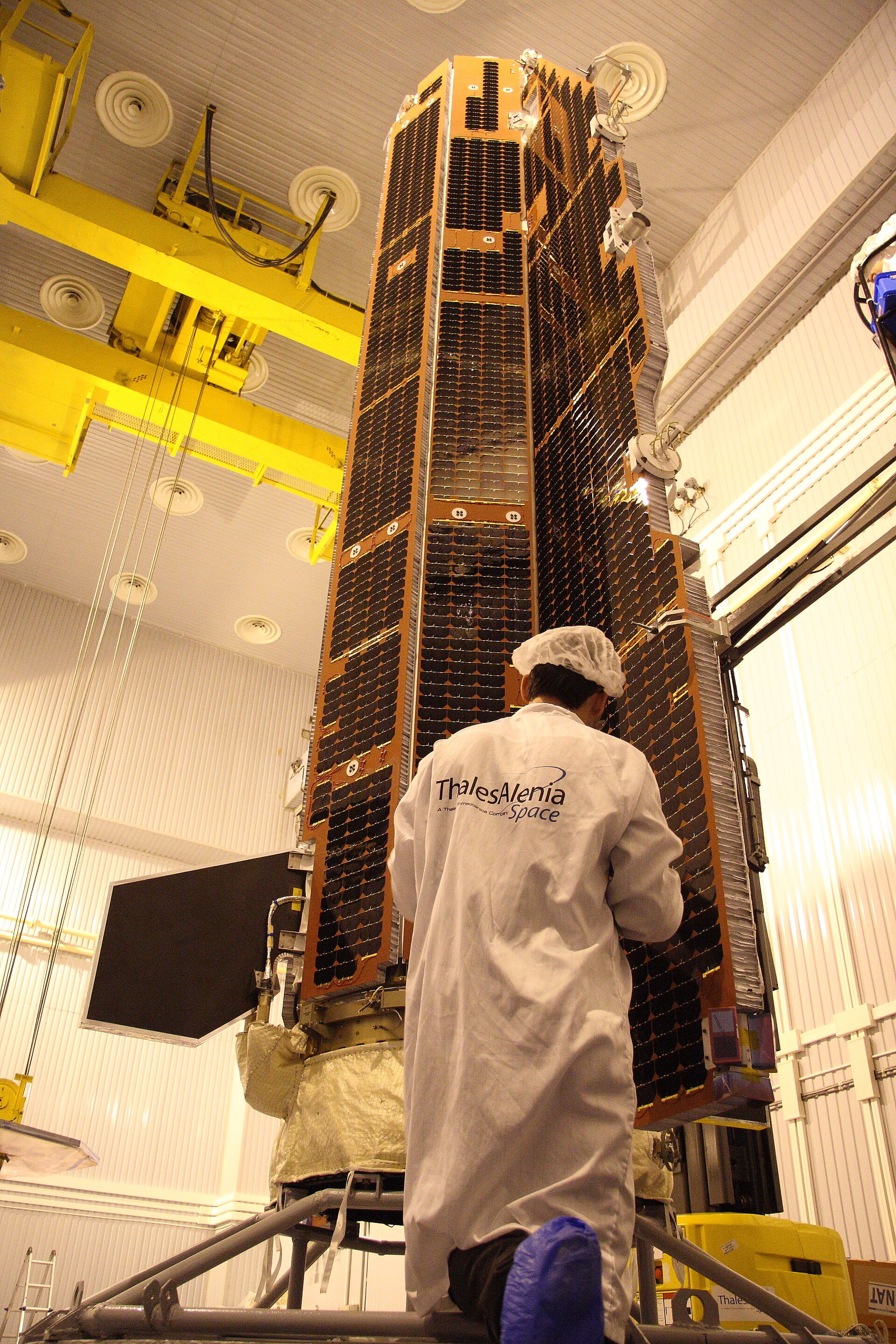 ESA is now gearing up to return to Russia to oversee preparations for the launch of its GOCE satellite – now envisaged for launch on 16 March 2009. This follows implementation of the corrective measures after the anomaly with the Rockot launcher that delayed the launch of GOCE by Eurockot Launch Services last October.

An advance party from ESA has just arrived at the Plesetsk Cosmodrome in northern Russia to arrange logistical matters while the team of engineers will arrive in mid-February.

The 5m-long GOCE (Gravity field and steady-state Ocean Circulation Explorer) satellite has been in storage at the launch site since last October. Once the team of ESA and Thales Alenia Space engineers arrive, work will begin preparing the satellite for launch. As prime contractor, Thales Alenia Space has led an all-European consortium of over 40 companies to build the GOCE satellite.

ESA's GOCE Project Manager Danilo Muzi commented that, "The team are really eager to resume the launch campaign and to finish the job interrupted last autumn. The launch in a few weeks time will be the deserved reward for all their efforts."

GOCE is the first in a series of Earth observation satellites called Earth Explorers. These small missions are developed in direct response to a range of Earth-science issues identified by the scientific community whilst demonstrating new technology in space. GOCE certainly lives up to this – its sleek high-tech design embodying many firsts in terms of design and use of new technology to map Earth's gravity field as never before.

The satellite has been designed to orbit just 250 km above the surface of Earth – its unusual aerodynamic shape cutting through of what remains of the atmosphere. This low-orbiting satellite is the first mission to employ the concept of gradiometry in space. The concept involves the measurement of acceleration differences over short distances between an ensemble of proof masses inside the spacecraft that respond to tiny variations in the 'gravitational tug' of Earth as it travels along its orbital path.

The data acquired by GOCE will bring about a whole new level of understanding of one of Earth's most fundamental forces of nature. Improved knowledge of the gravity field is one of the most important building blocks for understanding how Earth works. Mapping the gravity field with unprecedented accuracy, the GOCE mission will realise a broad range of fascinating new possibilities for the fields of oceanography, solid Earth physics, geodesy and sea-level research – significantly contributing to our understanding of climate change.

Once the launch campaign team arrive in Plesetsk please check back for regular updates to the GOCE launch website.