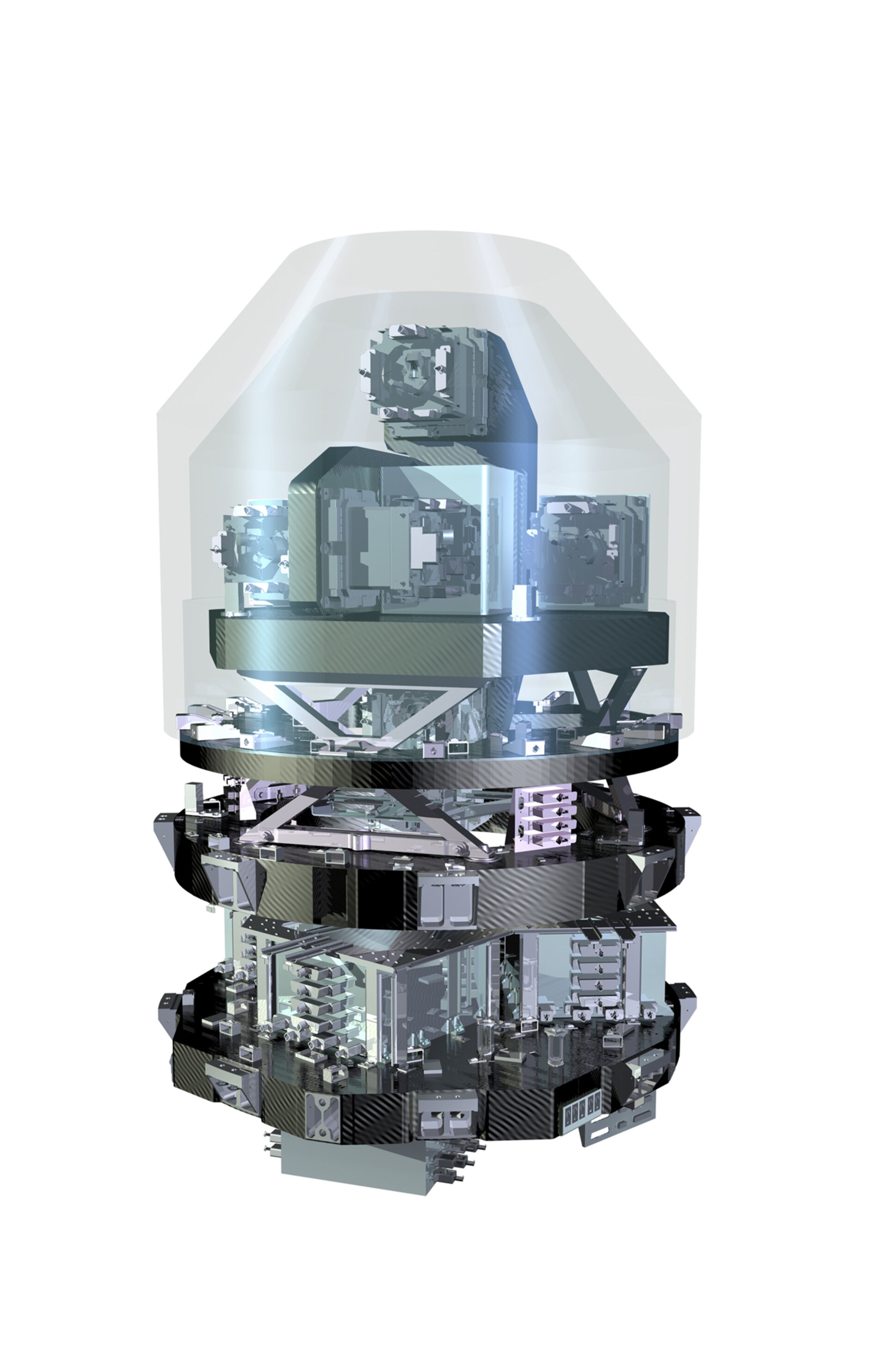 Accurately measuring the Earth's gravity field from space means that the spacecraft and its instrumentation have to be extremely stable. To this end, materials science has made a significant contribution to the development of the GOCE (Gravity Field and Steady-State Ocean Circulation Explorer) mission through the large-scale application of state-of-the-art carbon materials.

Due for launch in 2007, GOCE will measure extremely accurate gravity gradients and provide global models of the Earth's gravity field and of the geoid. An improved gravity-field map will provide insight into the physics and dynamics of the Earth's interior and an accurate global geoid model will contribute to an improved understanding of ocean circulation, which plays a crucial role in energy exchanges around the globe. It will also lead to a greater insight into sea-level change and to a global unification of height systems.

The GOCE core instrument is called the Electrostatic Gravity Gradiometer and consists of three pairs of identical ultra-sensitive accelerometers, mounted on three mutually orthogonal 'gradiometer arms'. The distance between each sensor pair must not vary by more than 1% of an Ǻngstrom (the diameter of an atom!) over a mean time interval of approximately 3 minutes. Crucially, it is the difference between the gravity measured by each sensor pair (along the axis of each of the three arms) that is used to calculate the gravity gradient.

In order to meet the stringent performance requirement (sensitivity to one millionth of Earth gravity, i.e. 0.000001 g) the GOCE spacecraft, and specifically the gradiometer, rely upon the structural stability of the materials being used in its construction. The gradiometer's panels on which the accelerometers are mounted consist of a specific arrangement of carbon fibre layers that exhibit identical properties in all directions. These carbon fibres are embedded into a carbon matrix and assembled into skins that sandwich a carbon honeycomb. The end result is an integral carbon construction known as 'carbon-carbon'.

Nowadays, various types of carbon fibre materials combined with organic resin are often used in high-performance vehicles, sporting equipment and other demanding mechanical applications. However, the carbon-carbon material being used for the GOCE mission has been produced to an unprecedented size to accommodate the main payload. This hi-tech material combines high strength and rigidity with an extremely low coefficient of thermal expansion and is also resistant to moisture absorption. As the material is virtually unaffected by any environmental factor (e.g. mechanical loads, temperatures variations and moisture) it is ideal for applications where structural stability over time is paramount.

By delivering an accurate model of the Earth's gravity field and of the geoid, the GOCE mission promises to make advances in several fields of research, ultimately improving our understanding of the Earth system. It goes without saying that building such an advanced spacecraft involves many areas of expertise; nevertheless, the accuracy of the measurements it will take is thanks, in part, to this state-of-the-art carbon-carbon technology combined with the unprecedented size to which the sandwich panel structures that support the gravity sensors have been manufactured.

The instrument and the carbon-carbon structural substrate have been developed by Alcatel Alenia Space within the framework of its gradiometer responsibilities.