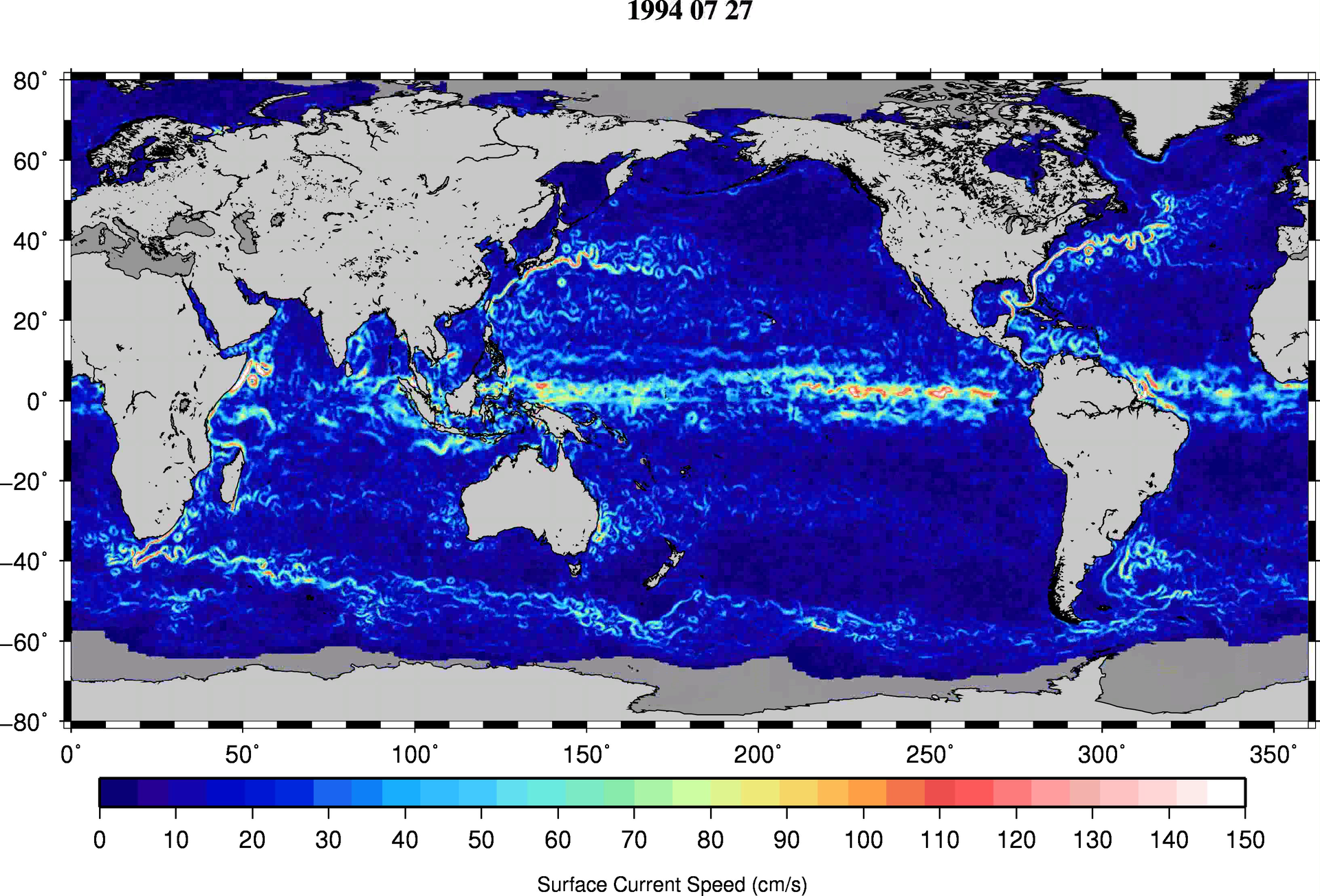 Gravity data from the GOCE mission are enabling other satellites to see ocean surface topography and currents.

The Gravity field and steady-state Ocean Circulation Explorer (GOCE) has been orbiting Earth since March 2009.

GOCE is well known for mapping our planet’s gravity with unrivalled precision, but its second mission objective as an ‘ocean circulation explorer’ is now coming into focus.

Ocean currents are driven by a variety of phenomena such as wind, solar heating, rain or tides caused by the gravitational pull of the Sun and Moon. Currents affect the height variations of ocean surface topography – but so can gravitational pull coming from deep within Earth.

Gravity affects the shape of the ocean, creating large ‘bumps’ in places where gravity is high and pulling more water closer, or ‘dips’ where gravity is low. These variations do not influence the oceans’ currents, as they represent local geometric variations of the horizontal and there is no downhill for the water to flow. But they do have a large influence on the ocean surface height.

For over 20 years, scientists at the French company CLS have been processing altimetry data from multiple satellites – including ESA’s ERS and Envisat missions – to create weekly maps of ocean height variability.

To improve their measurements of ocean surface currents from altimetry measurements, the team at CLS began incorporating the GOCE geoid model – the surface of an hypothetical global ocean in the absence of tides and currents.

By taking GOCE’s measurements of the gravitational ‘bumps’ and ‘dips’ that influence ocean topography into account, subtracting them from the altimetry measurements and further including information from in-situ measurements, the scientists at CLS have obtained a clearer view of an ocean shaped only by currents.

“The first geoids based on only two months of GOCE data were already providing estimates of Earth’s gravity with an unprecedented accuracy, and this accuracy has continuously improved, subsequently improving our ocean topography solution,” said Dr Marie-Hélène Rio from CLS.

GOCE’s gravity measurements are now in what scientists call their ‘fourth generation’ – with accuracy increasing from one generation to the next.

Over the past year, GOCE’s orbit has been lowered to further improve its measurements and the gravity model. Data from this ‘fifth generation’ will be released next year.

“The data GOCE acquired during these last months when the satellite was put in a lower orbit will give us more exciting details about ocean circulation, which we plan to release in mid-2014,” said Dr Rio.