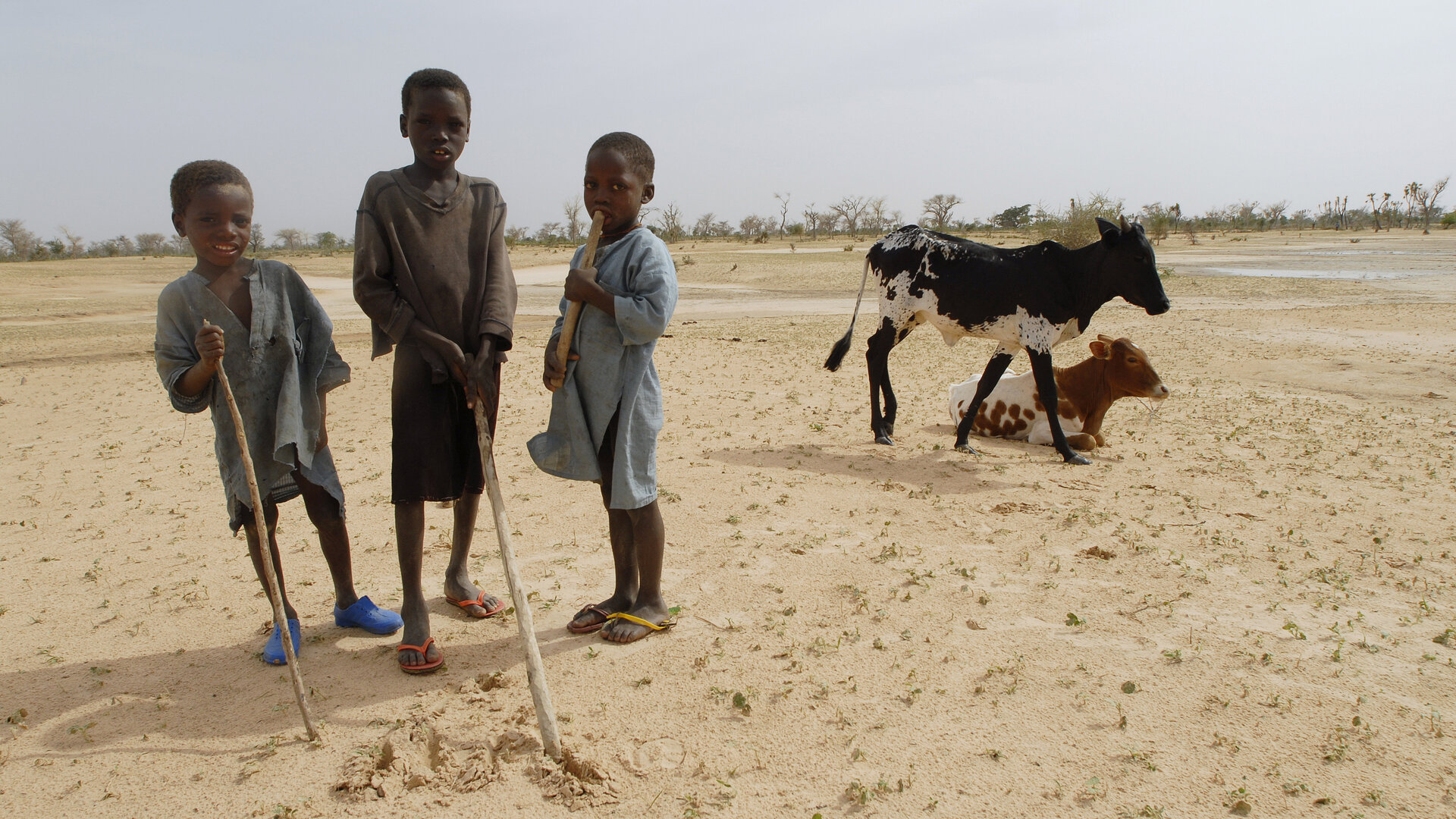 Satellites see defined lines of nomadic pastoralism in one of the world’s poorest countries.

Landlocked in western Africa, Niger is one of the world’s poorest nations. With less than 4% of the country’s land arable and prone to drought, food security is a major concern for the population of over 17 million.

Livestock production is important to the agricultural gross domestic product, with widespread nomadic pastoralism. Livestock trade is organised through strong traditional networks, with most animal sales taking place in local markets, but nomadic herders continuously move depending on water and food availability.

While preparing these maps, a team from the geo-information service provider GAF pinpointed the importance and localisation of a network of corridors that do not correspond to the regular road maps, but show passages for livestock.

This network links pastures, water points and grazing areas both in villages and farmland. Established to prevent conflicts between farmers and herders over the use of land and scarce water resources, the corridors are regulated by the Rural Code – a national law defining the rights to land use by pastoralists.

Analysing these corridors yields detailed insight into livestock movement in the region. This information can help IFAD with agricultural development and project planning in the areas of water supply, forage supply, livestock markets and the cross-border transfer of animals.

“The maps of cattle and sheep herding allow IFAD to implement agricultural strategies on a regional and local scale, such as where roads should be built or markets should be placed,” said Vincenzo Galastro, IFAD’s Country Programme Manager for Niger.

“Training and capacity building of the national team in managing these tools is also a priority.”

ESA is assisting a number of international development organisations to exploit satellite data to support their activities in developing countries.

Over the next few years, the Sentinel satellites will be launched as part of Europe’s Copernicus programme. They will significantly improve availability of environmental information services and provide operational data to organisations like IFAD.