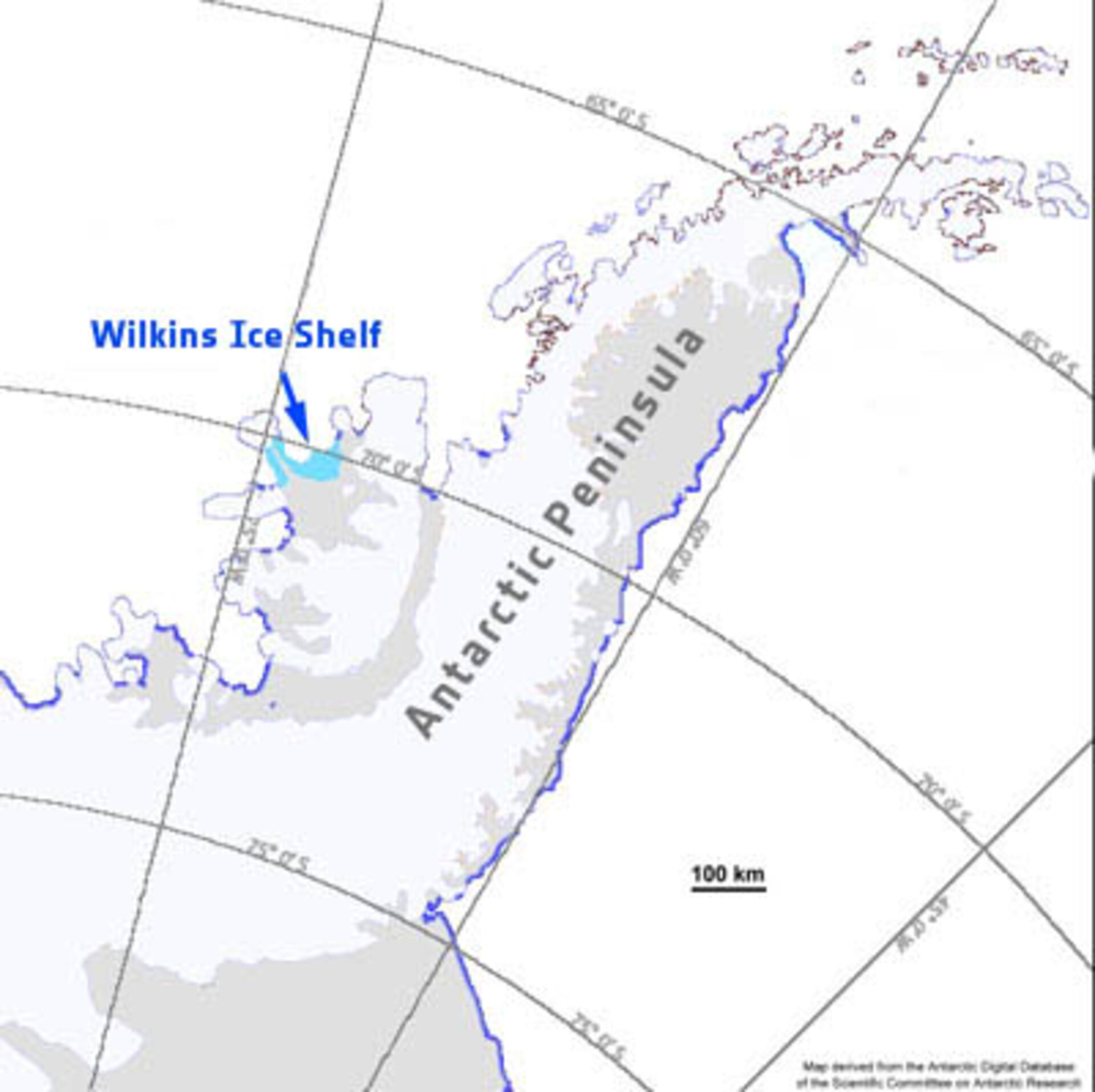 As the Wilkins Ice Shelf is at risk of breaking away from the Antarctic Peninsula, ESA’s Envisat satellite is observing the area on a daily basis. The satellite acquisitions of the ice shelf are updated automatically on this website to monitor the developments immediately as they occur.

In late November 2008, new rifts developed on Wilkins Ice Shelf. As scientists predicted, this led to the collapse of the ice bridge that had connected the ice shelf to Charcot Island in early April 2009.

A full size version of the animation is also available.

The collapse of the ice bridge, which was approximately 100 km long and only a few km wide, had formed a barrier pinning back the northern ice front of the central Wilkins Ice Shelf. As a consequence of the collapse, the rifts on the shelf widened and new cracks formed as the ice adjusted in the days that followed.

Towards the end of April 2009, icebergs had started to calve from the northern front of the ice shelf, indicating that it had destabilised.

The above animation is comprised of images acquired by Envisat’s Advanced Synthetic Aperture Radar (ASAR) and is updated daily as new ASAR acquisitions become available. The individual images that make up the animation are also available in the image archive on the right navigation bar.