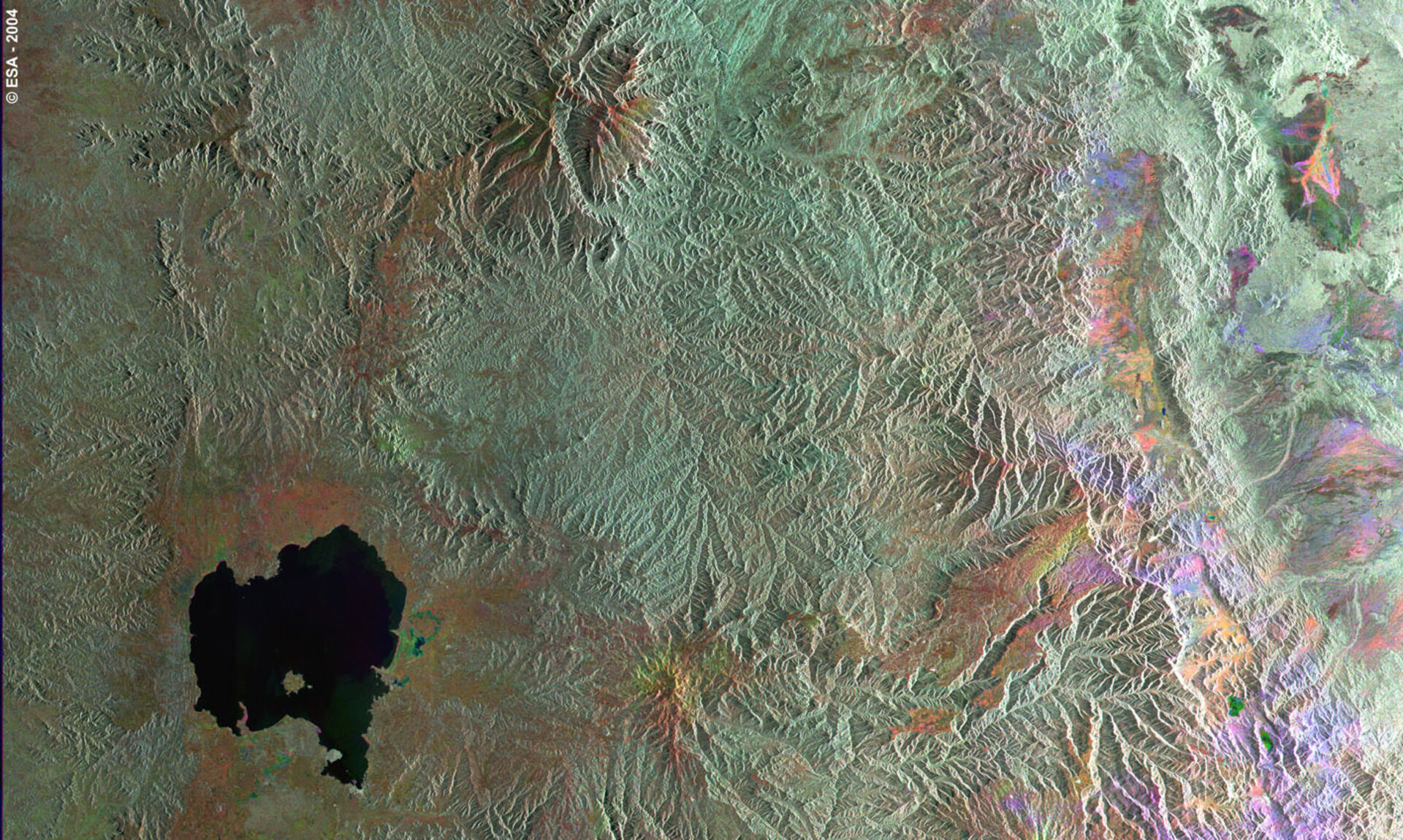 This three-image combination of Envisat radar images highlights the change from autumn to spring around Lake Tana in northern Ethiopia.

With a surface area of 2156 square kilometres but an average depth of only 14 metres due to high levels of sediment. Lake Tana is the largest single lake in Ethiopia and forms the main reservoir for the Blue Nile. The Lake is located at an altitude of 1788 metres on the north central plateau of Amhara.

Lake Tana is used for fishing, farming and transportation, and has a thriving tourist industry centred on the more than 30 islands on the Lake, home to numerous Ethiopian Orthodox Church monasteries dating back more than five centuries.

The Blue Nile runs from Lake Tana's southeast corner, flowing south over a lava dam to form the Tisisat Falls - the name in Ethiopian means 'the water that smokes' - then flowing northwest to merge with the White Nile and form the full-fledged Nile itself. The Blue Nile contributes two thirds of all the Nile discharge, along with most of the sediment carried along 4750 kilometres through to Egypt and the Mediterranean.

To the northeast of the lake is Simen Mountains National Park, a UNESCO World Heritage Site. These jagged mountain peaks and deep gorges are home to a number of rare animals including the Gelada baboon and Walia ibex, a type of goat.

Radar images measure surface roughness rather than reflected light, so the smooth Lake waters are as distinctive as the harsh landscape around it. The colour in the image comes from the fact that this is actually a combination of three Envisat Advanced Synthetic Aperture Radar (ASAR) images, and is used to highlight changes occurring between acquisitions.

A colour is assigned to each date of acquisition: red for 3 September 2003, green for 27 November 2003 and blue for 4 March 2004. The images were acquired in wide swath mode, covering an overall span of 400 km.