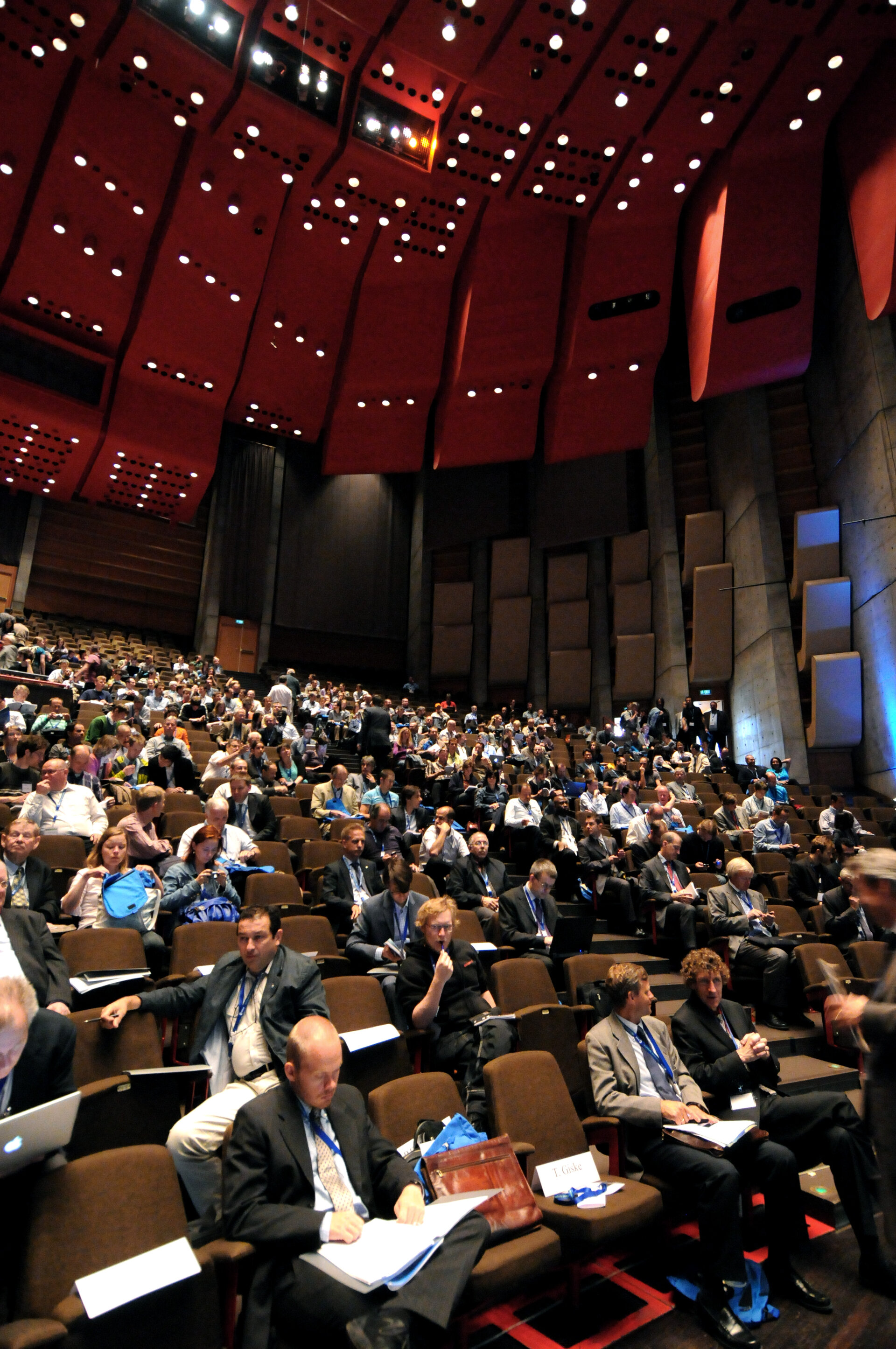 More than 1200 scientists from around the world have gathered in Bergen, Norway, for ESA’s week-long Living Planet Symposium to present their latest findings on Earth's environment and climate using data from observation satellites.

Addressing the participants, the Norwegian Minister of Trade and Industry Trond Giske underscored the importance of Earth observation saying that it is a priority for the Norwegian government and that space should be useful for society.

Deputy Mayor Trude Drevland of Bergen extended a warm welcome to the participants of ESA’s largest ESA scientific symposium, which has been organised with the help of the Norwegian Space Centre and Nansen Environmental and Remote Sensing Center.

The symposium was formally opened by ESA’s Director of Earth Observation programmes, Volker Liebig. He stressed the importance of the programme, saying that ESA satellite archives, dating back to 1991, have delivered valuable data about our planet, increased our knowledge of Earth and improved our confidence in climate change predictions.

He commended the scientists at the symposium for using these data to identify and analyse long-term climatic trends and changes.

He also emphasised the Agency's continued commitment to meeting the growing demand for observation data as decision-makers are faced with responding to environmental change, natural disasters and civil security issues, and managing sustainable development.

"ESA is responding to the ever-growing demand for Earth observation data with new missions and simplified access to our data archives," said Prof. Liebig.

In this context, he announced that the new ESA Data Policy has been ratified, which guarantees free and open access to the majority of data from the Agency's missions.

While the unveiling of these new datasets will be a highlight of the week, so will the continuing achievements of ESA's ERS and, in particular, Envisat satellites.

"Twenty years of regular monitoring with ERS-1, ERS-2 and Envisat has provided an excellent and powerful satellite database for multidisciplinary studies of the Earth system, including the ocean, cryosphere, atmosphere, land, biosphere and the solid Earth," Dr Johannessen said.

"By using these data, discoveries and scientific understandings have helped to remove knowledge gaps. The routine collection and availability of the data have also founded and inspired the emergence of a broad range of operational surveillance and applications."

The symposium promises to be an exciting and informative week, with in-depth sessions devoted to new aspects of observing Earth from space. For example, ESA's Climate Change Initiative, which aims to build long-term datasets of 'Essential Climate Variables' to help predict future climate change, will be presented.

The symposium will also highlight progress made in the Global Monitoring for Environment and Security initiative and the families of Sentinel missions that ESA is developing specifically for the programme.