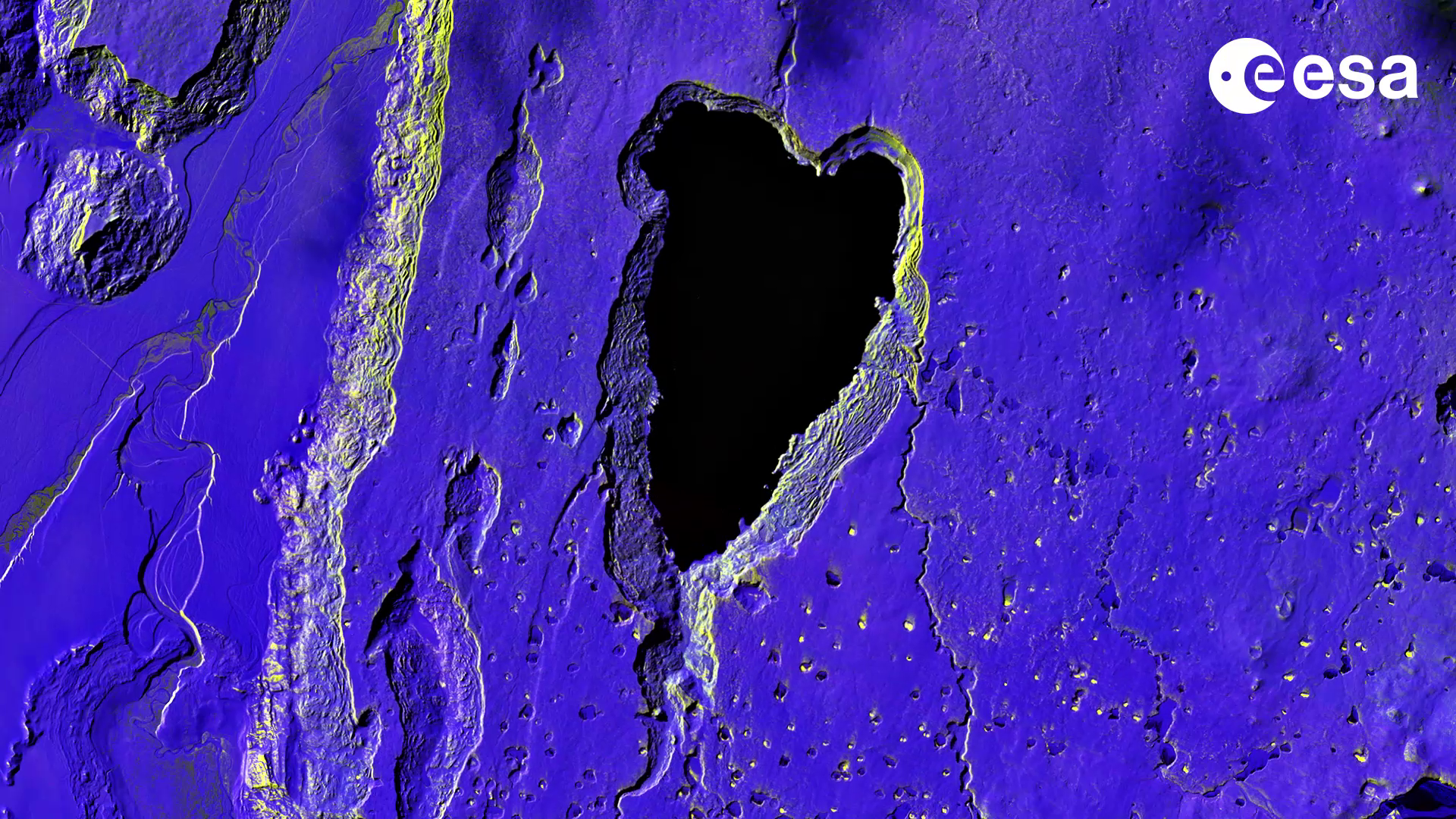 Since it’s Valentine’s Day soon, we’re all feeling romantic and so we bring you this image of a heart-shaped lake in Argentina – and like all love, it’s special.

This image, which was captured by the Copernicus Sentinel-2 mission on 7 July 2018, features one of the most extraordinary lakes in the world: Lake Strobel, also known as Jurassic Lake, in Argentina. Lying on the desolate expanse of the Patagonian steppe, this remote and relatively untouched lake is fed by waters of the Rio Barrancoso. And while the landscape may appear hostile, the lake’s crystal clear waters are oddly productive – leading to it being home to some of the biggest rainbow trout in the world. These giant fish are thought to have led to the lake being called ‘Jurassic Lake’.

While a big fish may not be on everyone’s wish list for Valentine’s Day, the environment of the lake is unique – like the unique place that Earth has in the solar system, allowing life to thrive. The fact that Earth is rich in flora and fauna is without question, but the planet is changing fast – particularly because human activity is placing pressure on natural resources and ultimately causing the climate to change.

Satellites allow us to understand and monitor changes taking place – so that informed decisions can be made to help protect our world for future generations and for other species than inhabit this special planet. Monitoring remote and unique environments such as the lake we see here is particularly important. From their vantage point in space, satellites can systematically image and measure fragile ecosystems that are otherwise difficult to access. And, indeed, satellites keep watch over our entire globe.