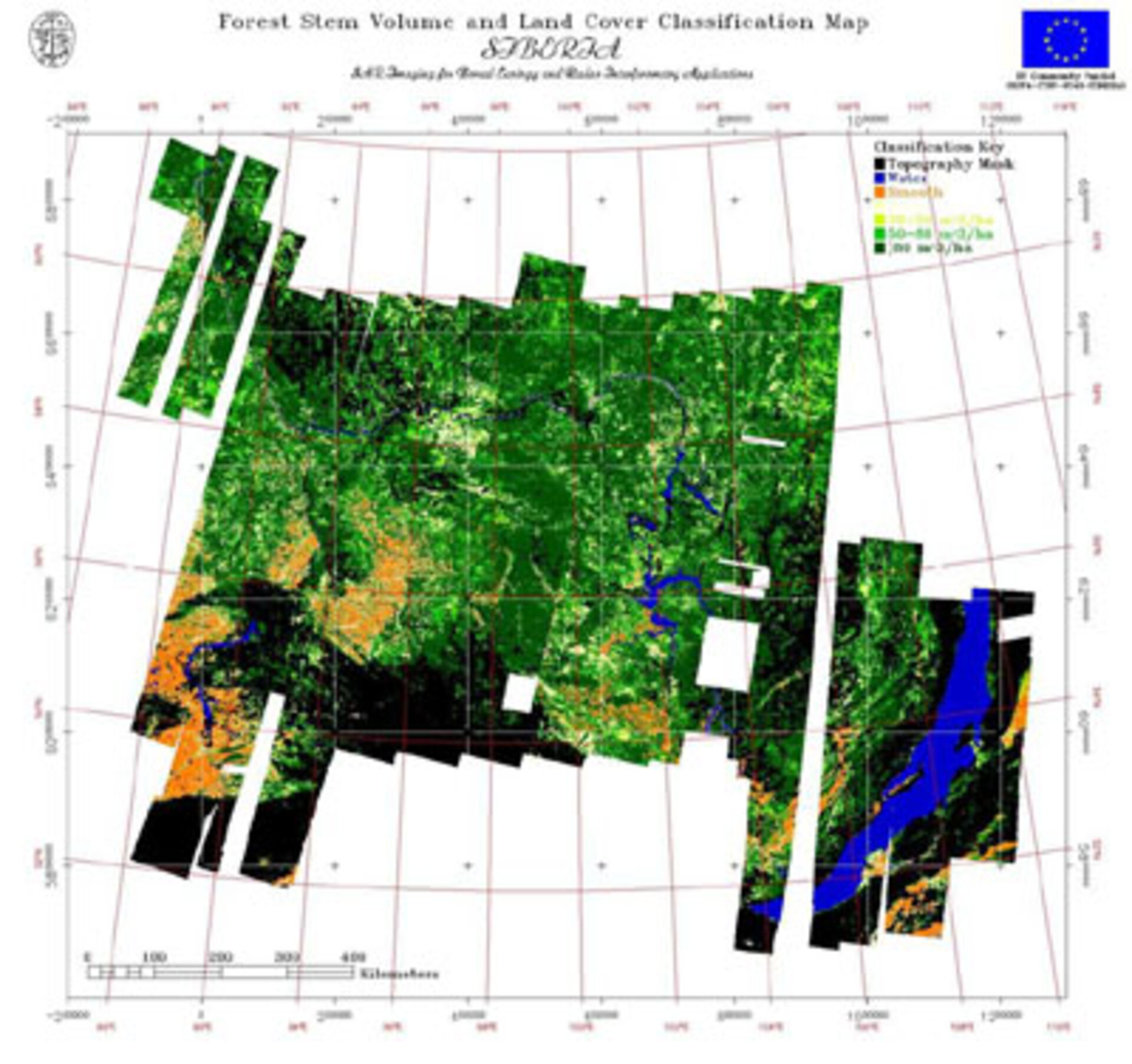 Three years ago, two containers with equipment for a mobile receiving station set off for Mongolia to begin one of the biggest remote-sensing campaigns ever undertaken in Europe: to image an area of global ecological importance, the central-Siberian forest, using three Earth Observation radar satellites. The new map of the Siberian forest is being presented at DLR in Munich this week.

Known as the SIBERIA project (SAR Imaging for Boreal Ecology and Radar Interferometry Applications), this huge undertaking used the combined forces of the German Aerospace Centre (DLR), the European Space Agency (ESA), and the Japanese Space Agency (NASDA). Data from three satellites – ESA’s ERS-1 and -2 and and Japan’s JERS-1 were collected simultaneously throughout autumn 1997 and then again in summer 1998.

These data were used in one of the most extensive remote sensing projects (1.2 Million sq km) ever undertaken to demonstrate the operational use of radar remote-sensing for very large-area forest mapping. The resulting map will help the Russian forestry authorities to update obsolete forest inventory data and to monitor reforestation, for example after forest fires.

“Working with our forest partners in Russia has been mutually rewarding,” says Christiane Schmullius, the SIBERIA project co-ordinator for ten European and four Russian institutions. 550 ERS-scenes plus 890 JERS-1 scenes were used to produce one of the world’s most extensive forest cover maps. The main source of information was a special radar mode known as ERS tandem interferometry. This uses ERS-1 and –2 in a dedicated orbit configuration that allows images of a particular area to be taken two days’running.

The project team is meeting at the German Aerospace Centre DLR near Munich on 26/27 October 2000 to present the 7.5 m x 5.5 m wall map and the associated results. The maps from the SIBERIA project are available at: http://pipeline.swan.ac.uk/siberia.

The SIBERIA project was funded by the European Commission within the 4th European Framework Programme via its Centre of Earth Observation. The ERS data were provided by ESA/ESRIN in the framework of th ERS Announcement of Opportunity (see links).