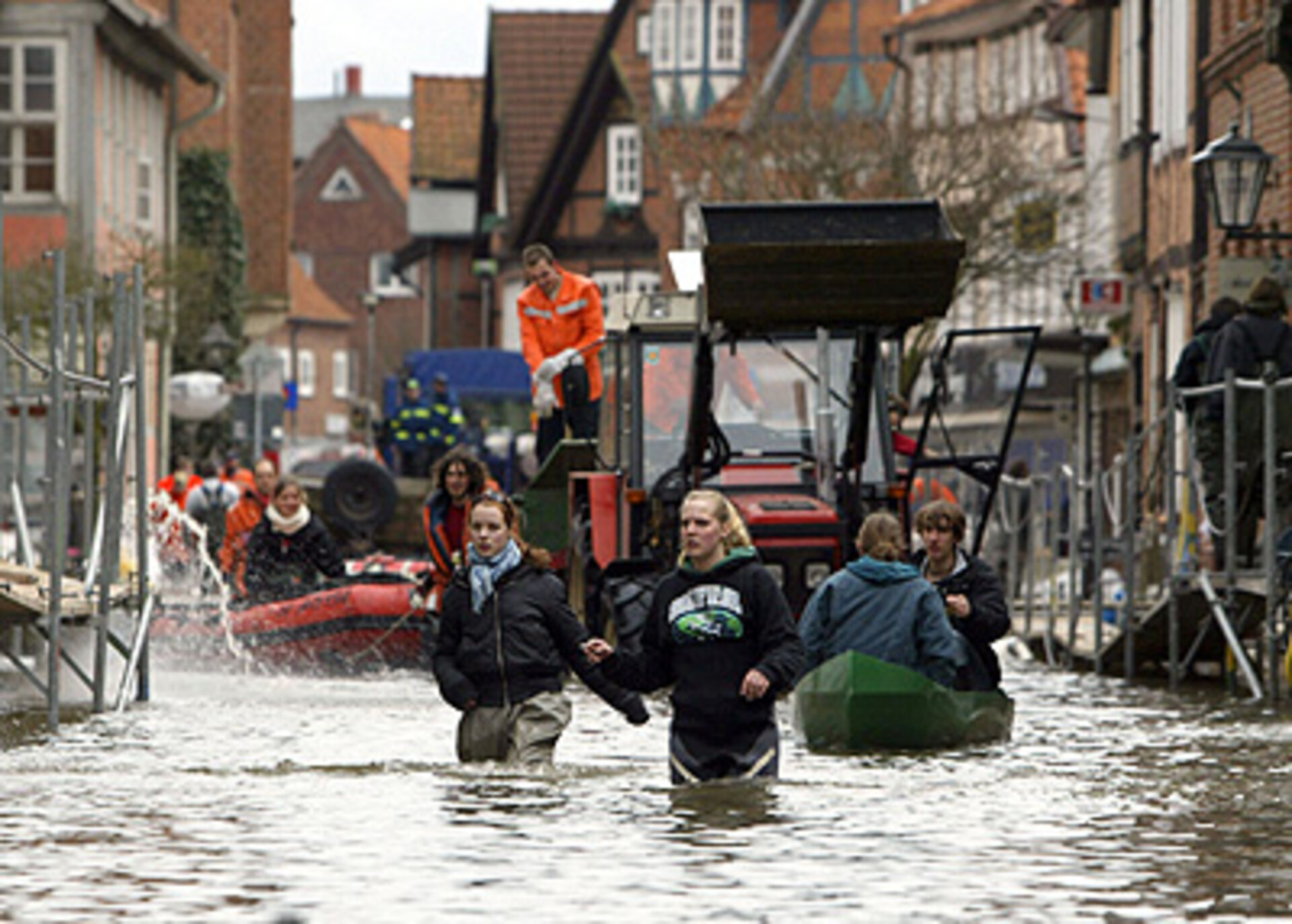 Torrential rain and melting snow caused Germany’s Elbe River to rise to a record high level in northern parts of the country over the weekend, flooding cities and damaging historic town centres. ESA’s ERS-2 satellite has been monitoring the situation from space.

The medieval city of Hitzacker, located in Lower Saxony about 100 kilometres from the Baltic Sea, was one of the hardest-hit areas with the Elbe reaching 7.63 metres – almost three times its normal level – on Sunday, threatening severe damage to 16th and 17th century houses.

Flooding is estimated to be the world's most costly kind of natural disaster. With inundated areas typically visible from orbit, Earth Observation (EO) is increasingly being used for flood response and mitigation.

In October 2000, the International Charter on Space and Major Disasters was initiated representing a joint effort by global space agency members to provide resources to rescue authorities responding to major natural or man-made disasters. ESA is a founder member of the Charter.

Under the umbrella of the Charter, the German Joint Information and Situation Centre (GMLZ) requested maps of Germany’s flooded region. The Charter then processed this request and recruited the German Aerospace Center (DLR) to produce the maps using satellite images provided by the space agencies. ERS-2 Synthetic Aperture Radar (SAR) images were one of the main sources of images used to delineate the flooded areas.

DLR performed this service under the scope of the Risk-EOS service network – an initiative of ESA offering EO-based operational services for flood risk management, including rapid mapping of major disasters.

Risk-EOS is part of ESA's initial Services Element of Global Monitoring for Environment and Security (GMES), a joint initiative between ESA and the European Commission to develop a global monitoring capability for Europe harnessing all available ground- and space-based data sources.

The federal departments for flood protection and water management of the German states of Saxony, Saxony-Anhalt, Brandenburg and Lower Saxony, along with the city of Dresden’s Department for Environment, used these maps. The police department of Potsdam also used the information to coordinate their forces.

By Tuesday, the severe flooding in Germany had abated but saturated dykes in some areas are still under strain. Some 3 000 rescue workers have been deployed to the affected areas in recent days to reinforce dykes and distribute sandbags along the Elbe.

Hitzacker officials have said the Elbe’s water level reached 13 centimetres higher than it did in the devastating floods in the summer of 2002, which saw water levels reach 150-year highs across parts of Central and Eastern Europe.