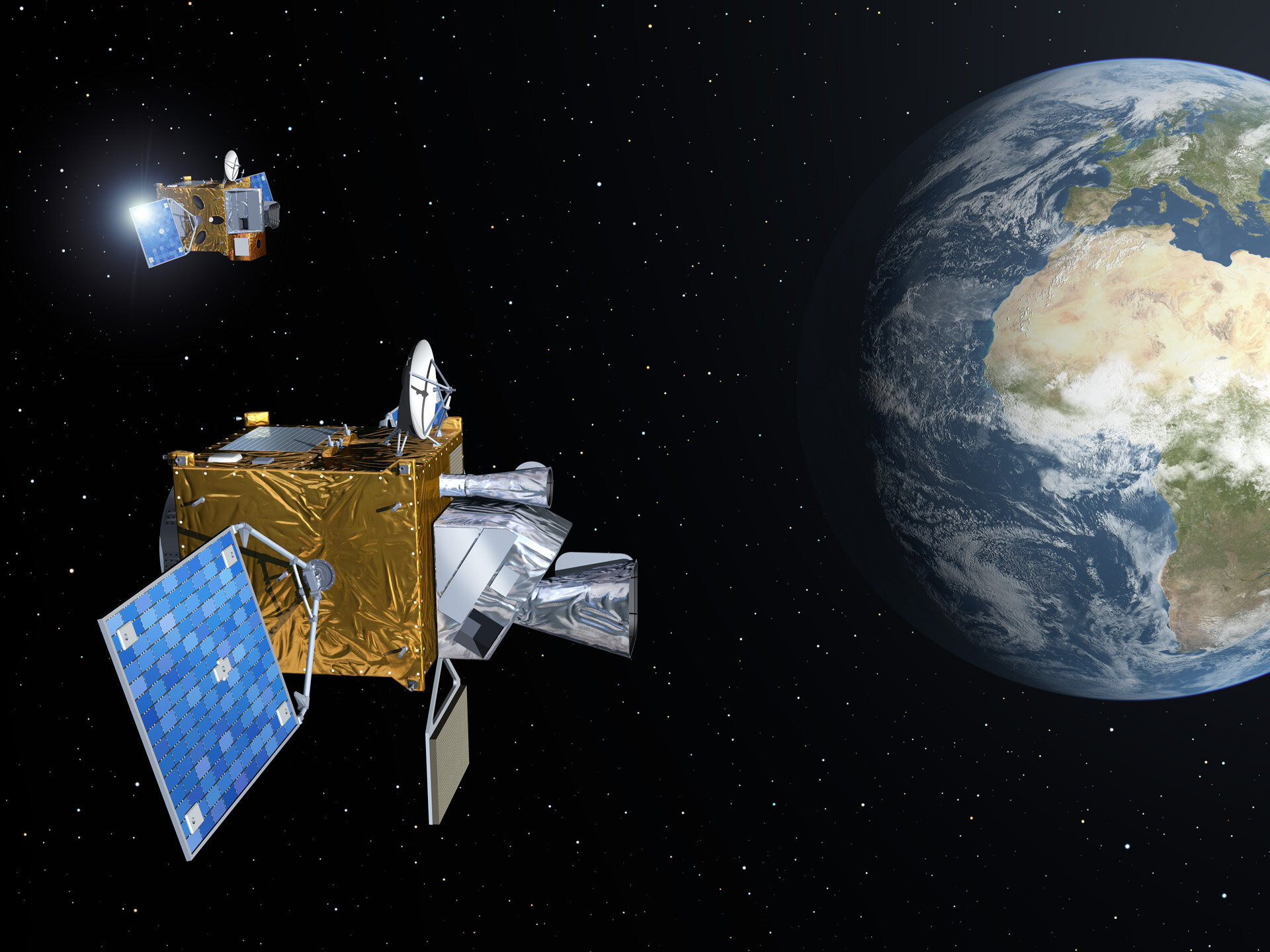 With Europe’s next fleet of meteorological satellites under development, a ceremony held today in Italy was an important milestone: the signature of an industrial contract for the provision of four novel lightning imagers.

Following on from the Meteosat Second Generation satellites, MTG is a cooperative venture between Eumetsat and ESA, and will ensure continuity of high-resolution meteorological data to beyond 2038 from geostationary orbit.

Prof. Liebig said, “The contract confirms that MTG is well on track and with the full engagement of all the relevant partners of the industrial consortium.”

The lightning imager will provide realtime data of the presence of lightning events across Earth, both day and night, with a spatial resolution of better than 10 km. Importantly, the imager will provide the first fully operational lightning detection capability from geostationary orbit 36 000 km above the equator.

This capability will offer early warnings of extreme weather conditions. In conjunction with the Flexible Combined Imager Instrument, which is also being developed for the MTG-I satellite, these new imagers will ensure continuity and significant enhancement to the current capabilities provided by the Meteosat Second Generation series, which have been operational since 2002.

The first imager satellite is scheduled to be launched in 2018, with the first sounder satellite following in 2020.