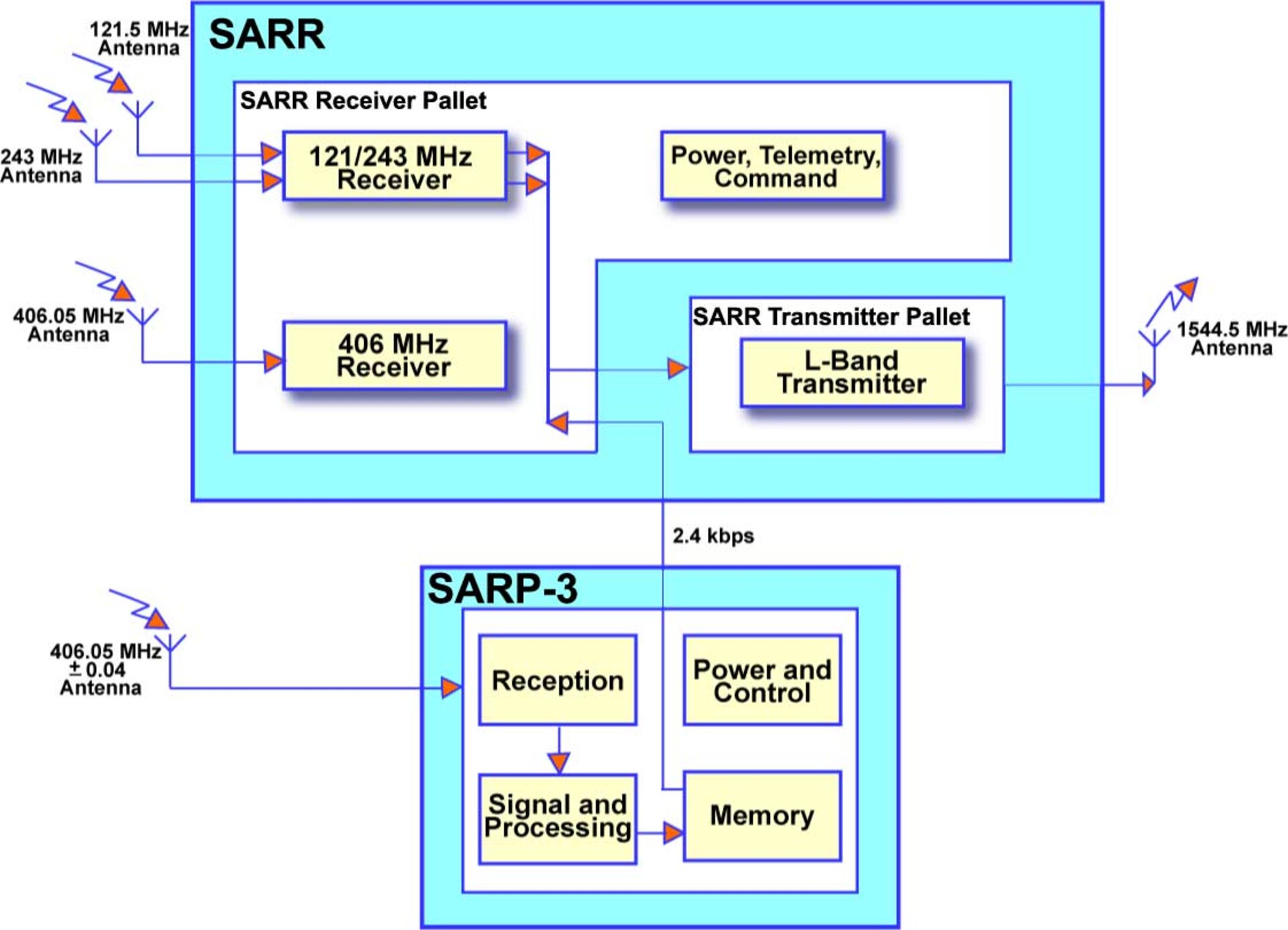 The SARP-3 is physically implemented into one assembly. The unit accepts the received signal from the antenna, and down-converts it to a lower frequency. The receiver is a constant gain type, linear over a 23 dB dynamic range, with the following performance characteristics:

SARP-3 is used to receive messages from numerous distress beacons, each beacon transmitting signal independently. The instrument is able to detect distress signal over the full 80 kHz bandwidth. It processes the messages originating from two kinds of beacons: existing beacons, also named standard beacons (STD), and new generation beacons (NG). Both kinds of beacons may coexist on in the whole frequency band. Uplink data rate is 400 bits per second for both STD and NG beacons.

The parameters contained in the received messages allow the ground segment to locate the transmitting beacons. The instrument extracts the binary content of each message, measures the received frequency, time-tags the measurement, and gathers data, frequency measurement and time-tag in a message which is stored in a memory. The messages are included in a telemetry format composed of 24-bit words. Messages from beacons are organised into either long or short messages, depending on the total number of data bits to be transmitted. The expected message length is defined by the instrument by detecting a single bit in the received message. The memory content is transmitted (playback transmission) to the around 2.4 kbps input port of the Canadian SARR transmitter when there is no more real-time message to transmit.

To implement these functions, the SARP-3 instrument includes a reception function and a spectral analysis function, which detect and receive the beacon transmissions. The data provided by the frequency analysis are processed by a monitor which determines, according to the available processing capacity, the message priority. The message is then demodulated and its 'Doppler' frequency is measured and time-tagged.

The SARP-3 instrument is composed of one Receiving and Processing Unit (RPU). This RPU has a cold internal redundancy. The selection of either the nominal or the redundant function is performed by commands coming from the satellite.