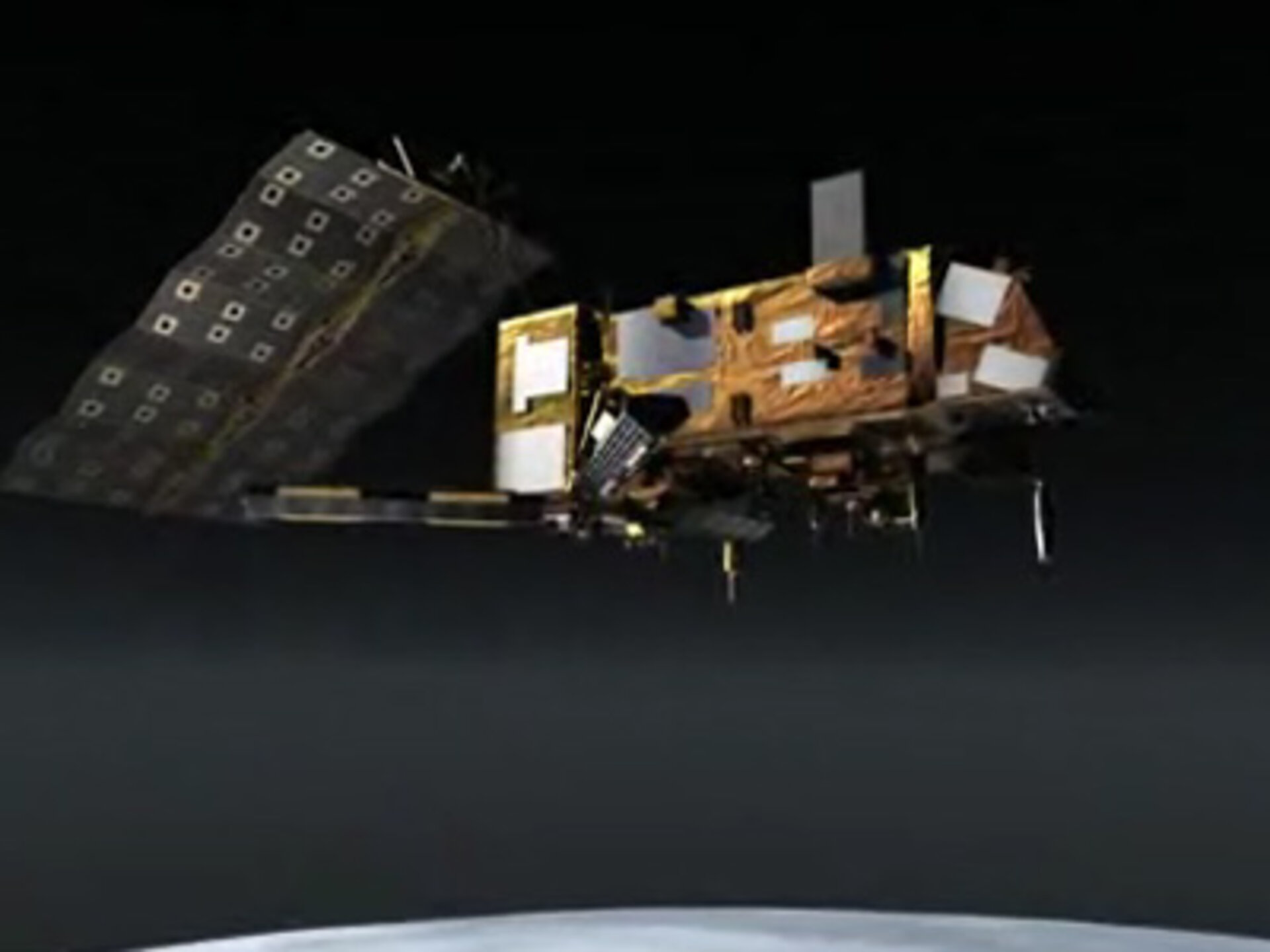 The component elements which make up ASCAT are mounted both inside and outside the payload module.

Apart from the solar panels, the Advanced Scatterometer (ASCAT) antennae arms are probably the most conspicuous assemblies on the MetOp spacecraft. The two deployed arms form a V-shape at the rear of the satellite with respect to the flight direction. Each arm houses one fore- and one aft-antenna. The shorter, wider mid-antennae are fixed underneath the payload module parallel to each other.

Also mounted on the outside of the payload module is the Scatterometer Front End unit which allows the instrument to switch sequentially between its antennas. It is located between the mid antenna assembly and the payload module face and in practice is concealed beneath a tent of multi-layer insulation.

All other units are housed on the inside of the payload module on the anti-velocity panel.