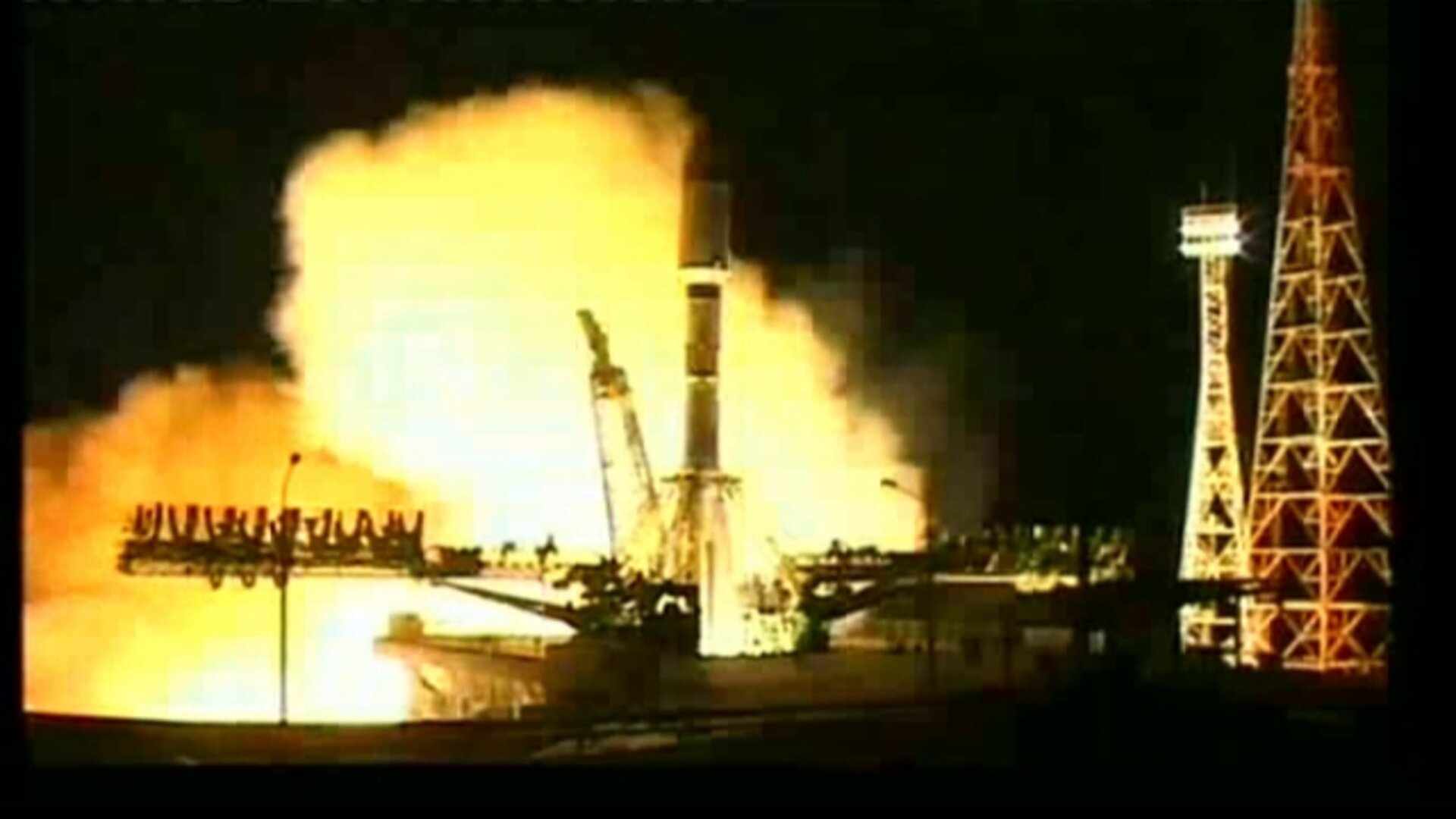 The Soyuz rocket consists of three stages, all of which use liquid oxygen and kerosene as fuel. The four side boosters (Stage 1) and the central structure (Stage 2) ignite at the same time just before liftoff. About two minutes after launch, at an altitude of around 50 km, the four side boosters run out of fuel and are ejected.

About five minutes after launch, at an altitude of about 175 km, Stage 2 runs out of fuel and separates. Immediately after, the two half-shells of the fairing are opened and released leaving Stage 3, the Fregat upper-stage and the MetOp spacecraft. About eight minutes after launch, Stage 3 separates leaving the Fregat and the satellite to continue their journey (Fregat coast phase) to MetOp's orbital altitude of 800 km above the surface of the Earth.

Once close to its orbital altitude, the spacecraft is orientated by the Fregat upper-stage to ensure that it is in a circular orbit. The Fregat is then released leaving the MetOp satellite in polar orbit.

The third and final satellite of the series, MetOp-C, was also launched by a Soyuz rocket on 7 November 2018 from Europe’s Spaceport in French Guiana.