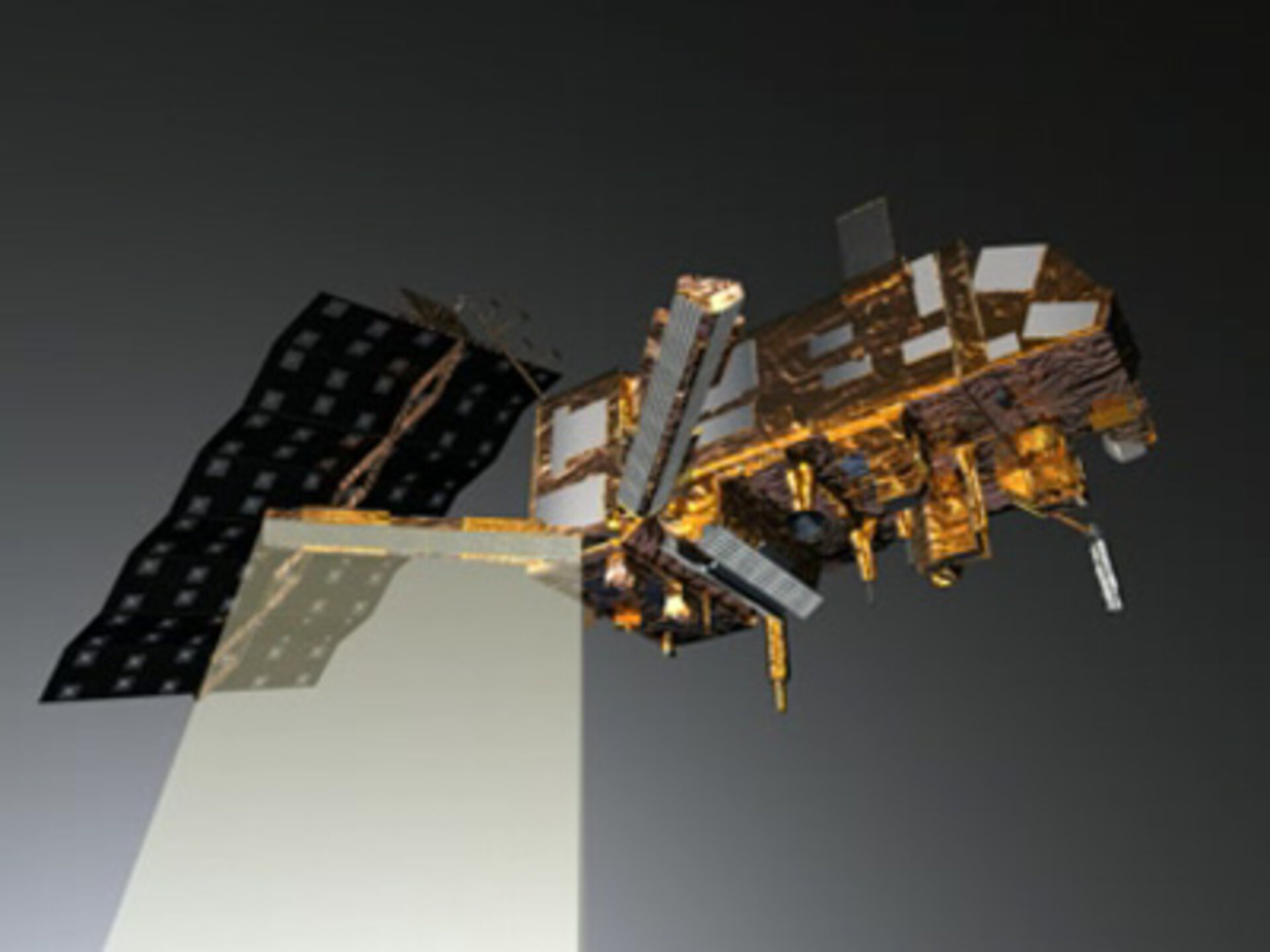 In the first of a series of short articles focusing on the new European instruments carried on MetOp, we take a look at how the ASCAT (Advanced Scatterometer) instrument will measure winds over the oceans to improve weather forecasting and climate research.

MetOp, due to lift-off in just a week's time, will be the second largest European Earth Observation satellite ever launched. Developed by ESA and EUMETSAT as part of a joint undertaking, this new satellite is dedicated to operational meteorology and carries an impressive array of instrumentation to measure various components of the atmosphere. Some of the instruments have a well-proven heritage being flown on U.S. satellites already delivering valuable data. Five, however, are state-of-the-art instruments, and these in particular are expected to greatly enhance Europe's remote-sensing capabilities. One such instrument is ASCAT.

ASCAT is probably the most conspicuous instrument on MetOp with two 3-metre long antenna arms deployed into a fixed V-shaped position at the rear of the satellite (with respect to the direction of flight). ASCAT actually comprises two sets of three antennae, which allow observations to be made in three directions in each of its two 550 km-wide swaths. Each arm houses one fore- and one aft-antenna while the two 2.2-metre long mid-antennae are housed parallel to each other underneath the payload module.

Winds over the sea disturb its surface and this modifies its radar backscattering characteristics in a particular way. These backscattering properties are well known and are dependent on both wind speed and direction with respect to the point from which the sea surface is observed. ASCAT exploits this fact by transmitting pulses of microwave energy (at 5.255 GHz, C-band) towards the surface of the Earth and recording the resulting echoes.

By making observations at the same point on the ground from three directions, ASCAT reduces ambiguity in the data and hence leads to more accurate information on wind speed and direction over the ocean surface to feed into meteorological and wave forecasting models. In addition, the dual-swath system will provide over twice the coverage of its predecessors (the Active Microwave Instruments) carried on ERS-1 and ERS-2 since 1991, while the resolution will also improve.

Besides the well-known use in wind-vector determination, the ASCAT instrument will also provide very useful infomation for climate monitoring and will find applications in a number of other areas such as the monitoring of vegetation, soil moisture and ice cover.

ASCAT (Advanced Scatterometer) to measure wind speed and direction over the ocean.