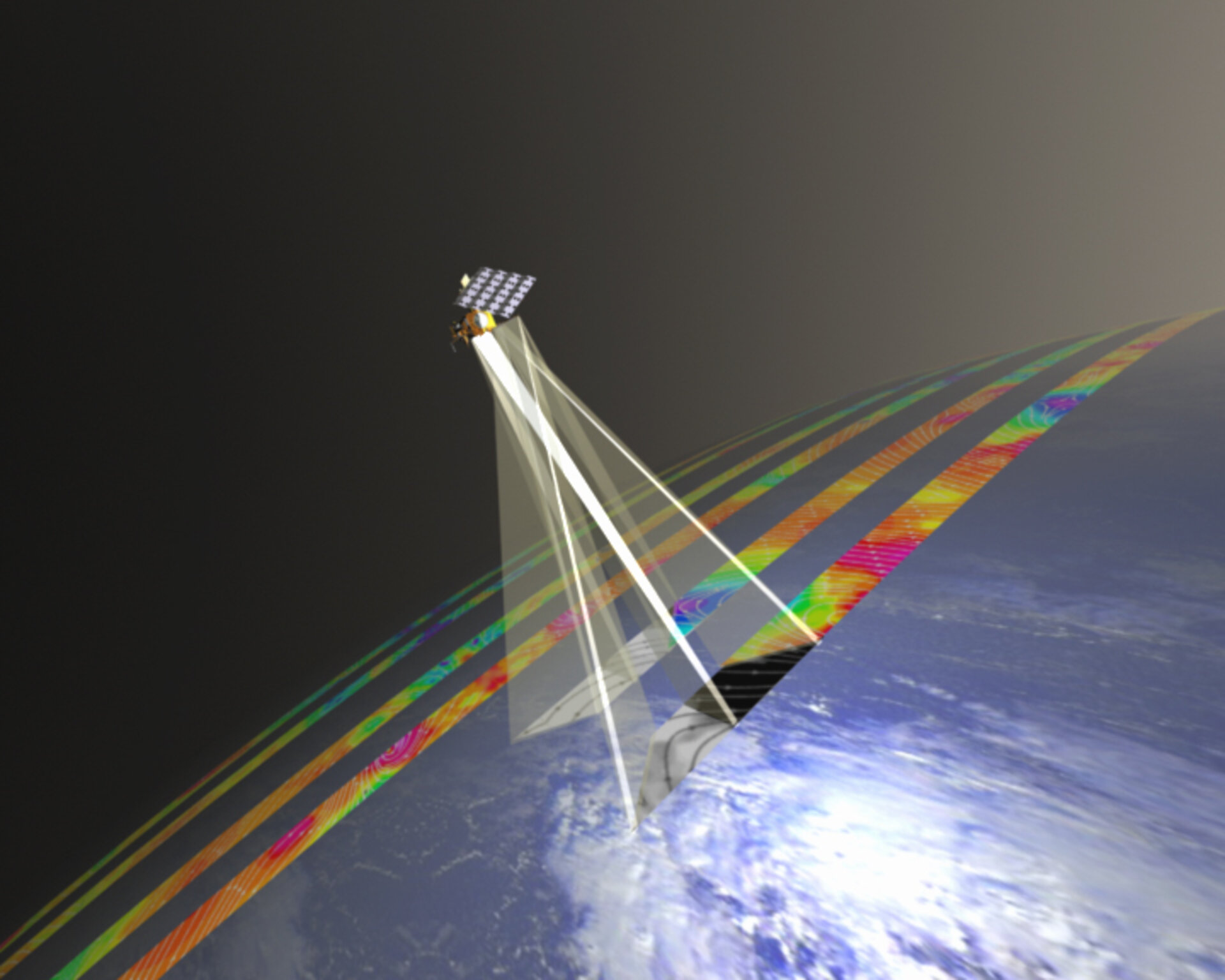 The MetOp satellites are monitored and controlled via the EUMETSAT Polar System (EPS) Command and Data Acquisition (CDA) station located on the island of Spitsbergen in Svalbard (N). This high northern latitude position of 78º N benefits from the close proximity of orbit tracks at the poles and ensures visibility and commanding by the CDA for all MetOp daily orbits i.e. there are no blind orbits. Visibility profiles allow contact periods varying between 4 and 12 minutes with a typical period of better than 10 minutes.

An S-band command and control space-to-ground link is used for MetOp telecommand up-link and satellite housekeeping telemetry down-link. Commands can be directly up-linked and executed during visibility periods or up-linked and stored on board for execution later, (so-called time-tagged commands) during the periods of non-visibility (typically 90 minutes).

The EPS mission control centre (MCC) located in EUMETSAT, Darmstadt (D), operates a mission planning system (MPS) that is based on instrument operations driven by user request. The MCC uses the MPS to determine the satellite and payload commands to be up-linked by the CDA and executed on board MetOp during the orbit timeline.

MetOp has on-board pre-programming capabilities for 36 hours and time tag commands are routinely stored in the on-board queue to cover the control of all satellite operations in flight during this period. Consequently, the satellite is fully capable of 36 hours autonomous operations as a contingency measure in case of no ground intervention.

The science data from the instrument suite is sent to the data handling avionics in the form of data packets, according to the consultative Committee for Space Data Systems (CCSDS) standard. The instrument data rates cover a wide range from 1.5 Mbps for the Infrared Atmospheric Sounder Interferometer (IASI) instrument, down to 160 bps for the Space Environment Monitor (SEM) instrument. These are combined on board with additional packets to facilitate data exploitation:

The SSR has a capacity to store a minimum of 24 GB, which is slightly more than one full orbit of data.

Science data transmission to ground is ensured by three links:

On-board encryption of the LRPT and HRPT data prevents access by un-authorised users. The encryption keys are generated in the EPS Key Management Centre and distributed via secure terrestrial links to registered local mission users.

The HRPT service operates with a microwave link at L-band and broadcasts the full data content as recorded on board MetOp at 3.5 Mbps. The service is very similar to the existing service from the National Oceanic and Atmospheric Administration (NOAA) Polar Operational Environmental Satellites (POES) satellites and enables regional meteorological organisations to receive all relevant data in their area in real time.

The digital LRPT service at VHF provides a subset of the HRPT data. It is comparable to the existing Automated Picture Transmission (APT) analogue service of the NOAA POES satellites. APT has, as a main objective, inexpensive access of low resolution Advanced Very High Resolution Radiometer (AVHRR) instrument images by local users; in America it is very popular in schools. MetOp augments the service by an innovative on-board compression scheme that allows LRPT transmission of AVHRR data at full instrument spatial and radiometric instead of providing low resolution images.

In addition to near real-time data being delivered to meteorological offices all over the world, MetOp also provides a service to local users. As MetOp passes overhead, with the right tools it is possible to receive data on local terrestrial and atmospheric conditions. The equipment necessary to receive data is very little, which makes it a very useful service for small stations in remote areas throughout the world or even at sea. This service is also very useful for universities and other academic institutes.