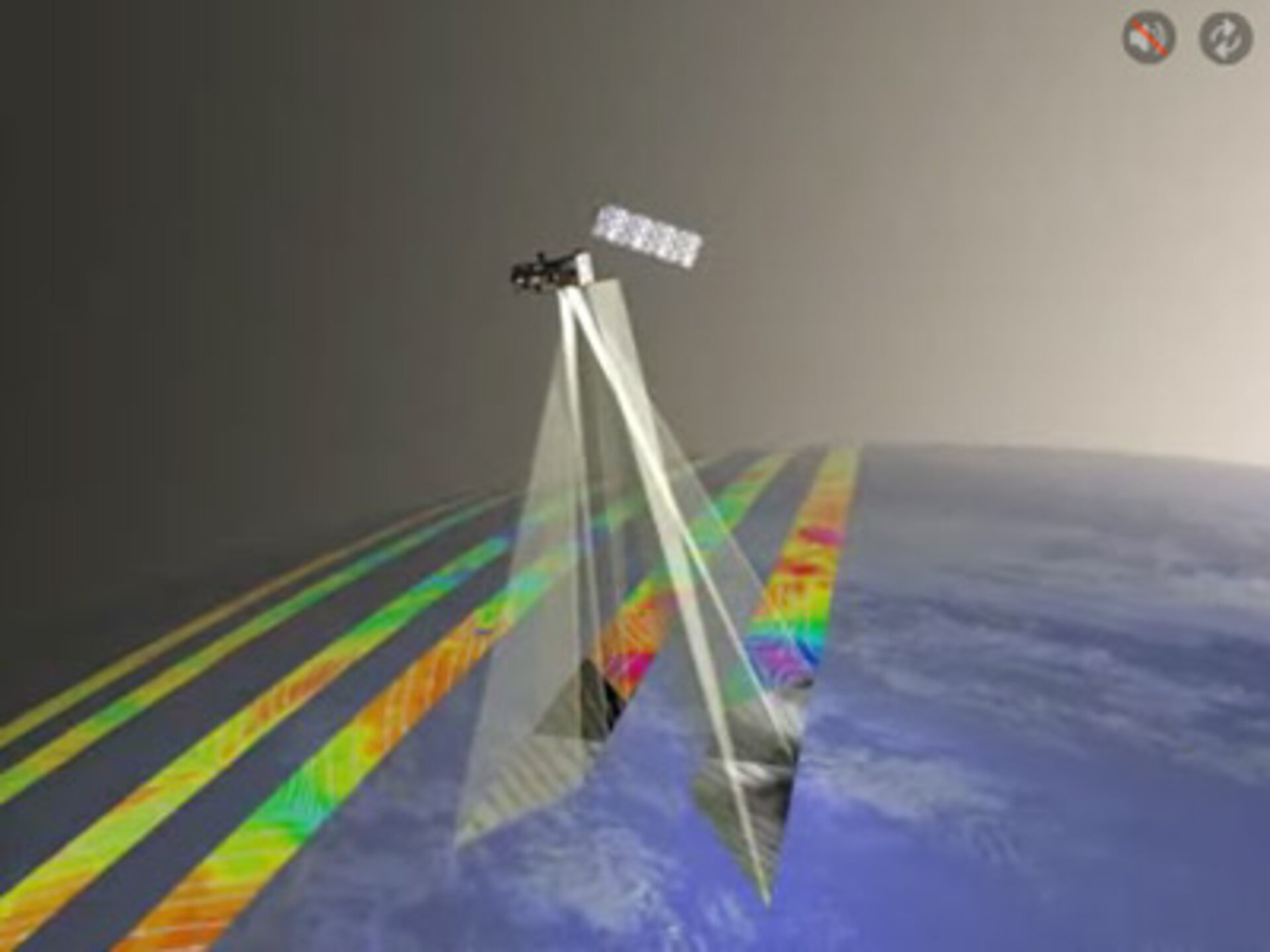 Compared to the scatterometers on the ERS satellites, which view only a single swath, ASCAT will realise enhanced coverage from its use of dual swaths.

ASCAT's two sets of antennae provide two 550 kilometres wide swaths. Each swath is centred at an inclination of 36° to the left and right of the satellite ground track, resulting in a gap of about 650 km between the two swaths. This so-called gap, however, is observed during later obits, achieving almost global coverage in five days.

From MetOp's polar orbit 800 kilometres above the surface of the Earth, ASCAT makes the observations for each swath sequentially. Each point on the ground is viewed three times, first by the fore-beam, then the mid-beam and finally by the aft-beam. One cycle is completed for one swath before the cycle begins for the other swath. Each beam takes 35.4 milliseconds, totalling 0.21 seconds to complete one transmit-receive cycle for all the six antennae, i.e. both swaths.