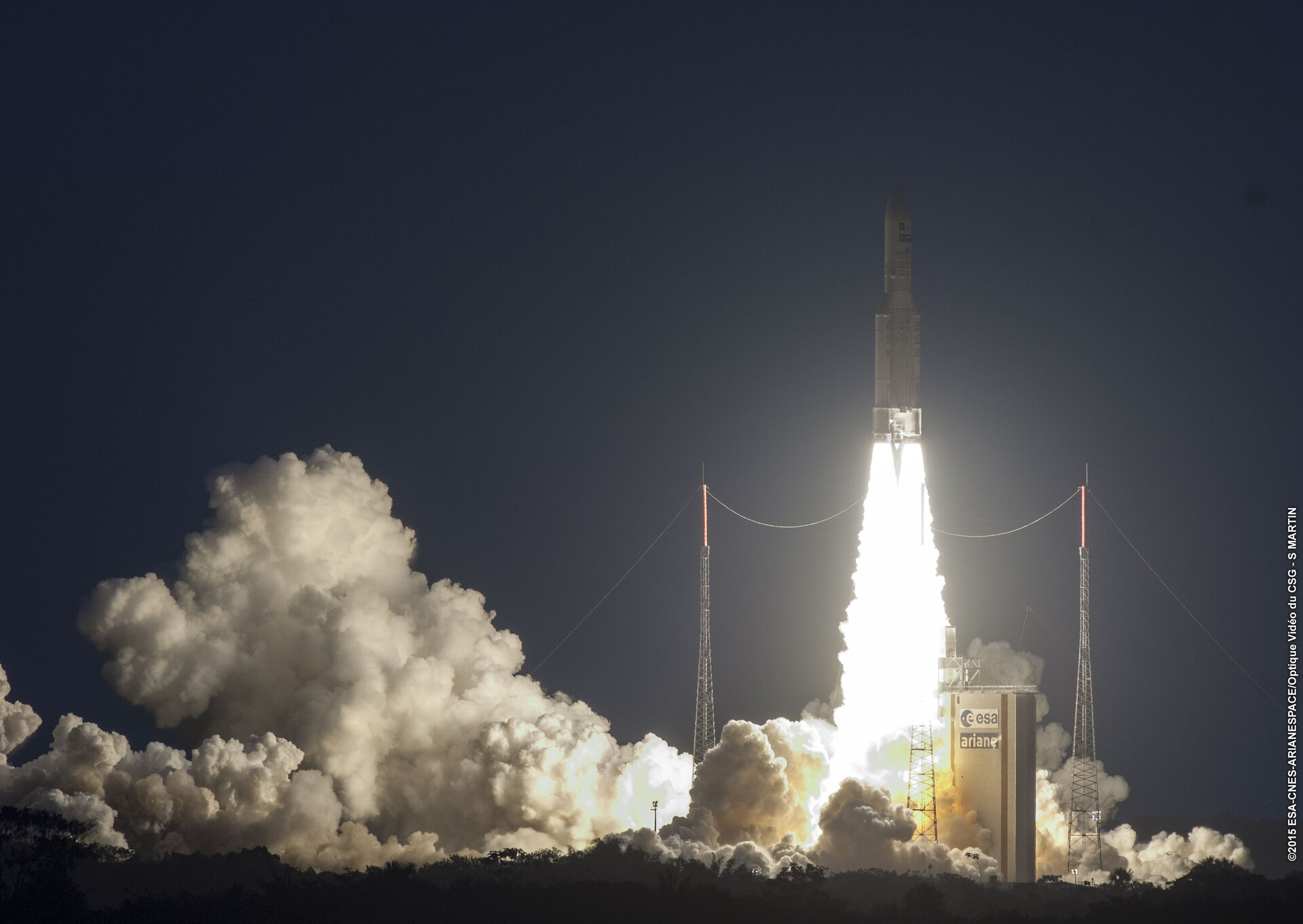 The last weather satellite in Europe’s highly successful Meteosat Second Generation series lifted off on an Ariane 5 launcher at 21:42 GMT (23:42 CEST) on 15 July from Europe’s Spaceport in Kourou, French Guiana.

The two-satellite MSG system provides up-to-date weather coverage over Europe and Africa every 15 minutes and ‘rapid scan’ imagery over Europe every five minutes.

Some 40 minutes after launch, MSG-4 separated from Ariane 5 into the planned transfer orbit. Over the next 10 days, the satellite’s propulsion system will raise it into a geostationary orbit some 36 000 km above the equator, where its speed matches Earth’s rotation.

Once these initial efforts are completed by ESA’s European Space Operations Centre in Darmstadt, Germany, MSG-4 will be handed over to the satellite’s owner, the European Organisation for the Exploitation of Meteorological Satellites – Eumetsat – to commission the payload.

ESA’s Director General, Johann-Dietrich Woerner, commented, “After just two weeks as the new DG for ESA, it has been a pleasure not only to witness the launch of this satellite, but also observe the continued cooperation between ESA and Eumetsat.

After commissioning, MSG-4 will become Meteosat-11 and be ‘stored’ until it replaces one of its predecessors. It will then ensure the continuity of the data until the first Meteosat Third Generation (MTG) satellites enter service, expected in 2019 and 2021.

“We have learnt a lot from the long-term storage of satellites, which we can use for other operational systems such as the Sentinels,” noted Volker Liebig, Director of ESA’s Earth Observation Programmes.

“The excellent health of the Meteosat satellites in orbit means the launch of MSG-4 comes five years later than expected.”

ESA’s contribution to weather and climate watch is not limited to the Meteosat series of satellites – it has also developed the Meteorological Operational satellites MetOp, also operated by Eumetsat.

Additionally, the ESA-developed Sentinel-4 and -5 missions dedicated to monitoring the composition of the atmosphere for Europe’s Copernicus programme will be carried on the MTG and MetOp Second Generation satellites, respectively.