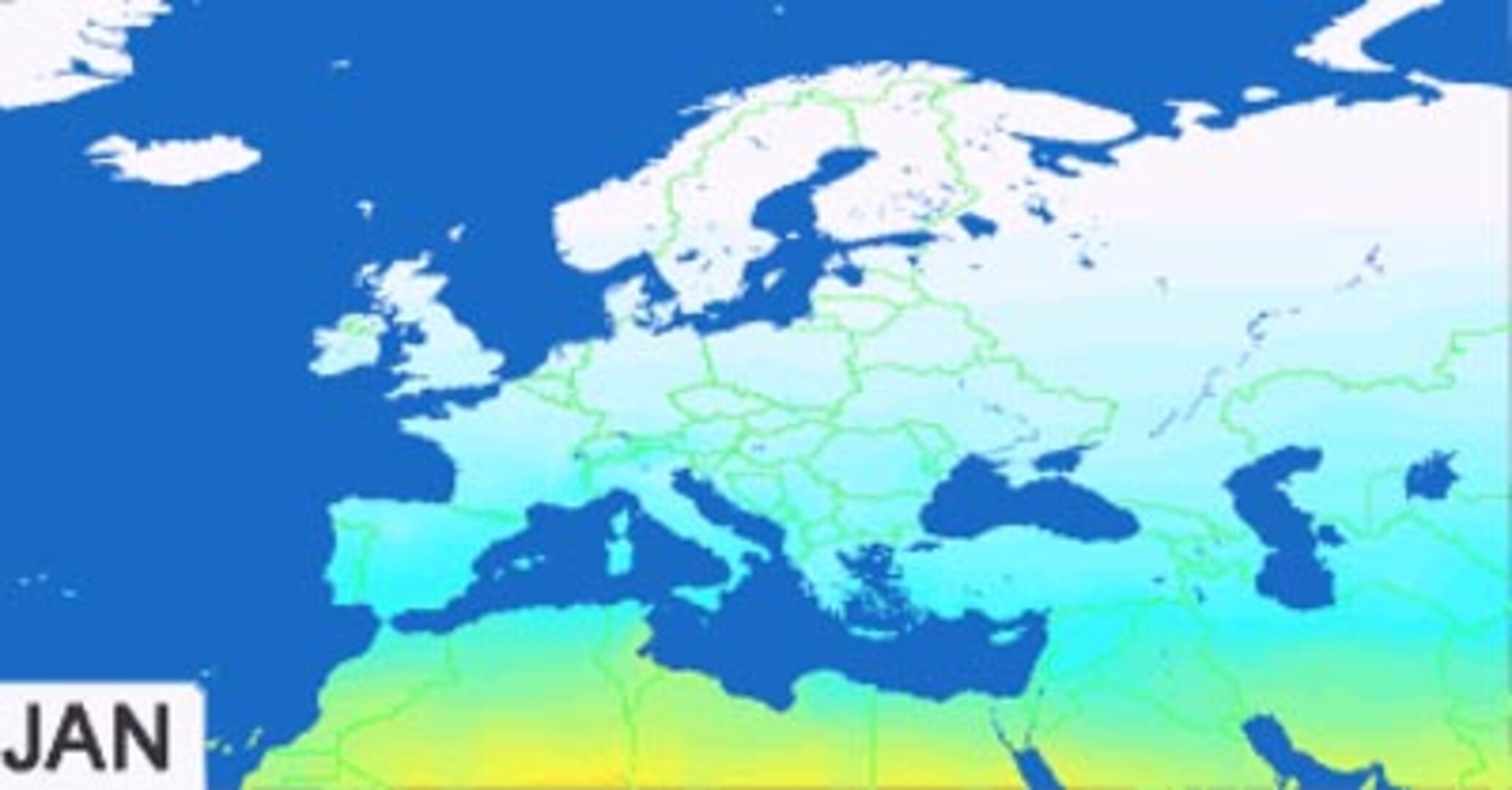 How sunny is it outside right now – not just locally but all across Europe and Africa? Answering this question is at the heart of many weather-related business activities: solar power and the wider energy sector, architecture and construction, tourism, even health care.

Integrating this information with the business practices of solar energy managers is the objective of the ENVISOLAR project (Environmental Information Services for Solar Energy Industries), funded by ESA within the framework of the Earth Observation Market Development Programme (EOMD).

Solar energy has switched from a green aspiration to a solid business. The solar market in photovoltaics – the direct conversion of sunlight to electricity – has an annual turnover of 600 million euros in Germany and 1000 million euros in the rest of Europe. The latter figure is predicted to increase to 2500 million euros by this decade's end. Furthermore, thousands of megawatt of renewable energy potential are also available in Africa, Asia and Central America as shown by the Solar & Wind Energy Resource Assessment (SWERA) project of the UN Environment Programme (UNEP).

There are two kinds of solar energy establishments: solar thermal plants which concentrate heat from the Sun, and photovoltaic plants that convert sunlight into electricity.

In both cases precise, long-term irradiance data is needed for choosing plant locations and estimates of likely energy yield for prospective investors. Then once a plant is built, managers need data updated in near real-time to check the facility is working optimally, and energy output tallies with available sunshine.

"Today our audits form the basis of huge investments in the range of 50 million euros for single projects," explains Gerd Heilscher from Meteocontrol, a company auditing photovoltaic systems and involved in ENVISOLAR. "Besides the layout, solar radiation is the most important issue. But unfortunately only a few high-quality ground-based measurements are available at this time."

Within the wider energy market, such information is also valuable for forecasting electricity load – irradiance is the other major environmental influence on demand besides temperature.

How best to measure sunlight? Ground radiance is quite complex to quantify as it is influenced by much more than simply a site's distance from the equator. Variations in cloud cover, humidity, aerosols and ozone in the air determine the amount of incoming solar radiation actually reaching the ground. Local topography is also important and there are large regional differences – in Europe the southern side of the Alps receives twice the annual radiance of northern slopes.

Measuring from below using in-situ data is technically demanding, expensive on an ongoing basis and limited in coverage – there are only around 200 solar-energy-measuring stations to cover all of Europe and Africa in the official networks affiliated to the World Meteorological Organisation (WMO).

Measuring from above using satellites provides a wide-area, objective and cost-effective solution. Research by MeteoSwiss has shown that satellites are even more accurate than ground measurements once the distance to the next ground station is greater than about 30 kilometres.

Today, ENVISOLAR partners are developing and marketing a variety of solar services based on satellite radiance data. These services benefit from the latest scientific results and state-of-the-art algorithms developed by a EU Research&Development project called Heliosat-3.

ENVISOLAR services based on these data products comprise solar plant yield estimates, plant fault detection and performance checking, energy forecasting for energy utilities, and time series services including maps and statistics of irradiance, its direct and diffuse components and spectral components such as illumination.

"We need solid information for investment decisions, especially with regard to future markets like Spain," said Uwe Ilgeman, CEO of SAG Solarstrom AG. "The sampling and spatial resolution of ground-based data is too coarse – for example in Spain there are only 30 sites available at the moment."

High-resolution radiance data from the Solar Energy Mining (Solemi) service operated by the German Aerospace Centre (DLR) - leader of ENVISOLAR - have contributed to the quantification of the renewable energy potential within 14 developing countries, in the framework of the SWERA project of UNEP. Results of SWERA suggest the potential is far greater than has previously been supposed.

"These countries need greatly expanded energy services to help them in the fight against poverty and to power sustainable development," said Klaus Toepfer, Executive Director of UNEP. "SWERA offers them the technical and policy assistance to capture the potential that renewable energy can offer."

A wide range of users besides climate scientists can benefit from EO-based solar services, in particular farmers, architects interested in knowing locally appropriate window sizes, and even PVC manufacturing companies. One of these, Deceuninck, used the ENVISOLAR Solar service (SoDa) to study how the ultraviolet in sunshine degrades PVC building parts, so that their warranties could be tailored to local conditions.

Medical researchers are using sunshine maps to investigate links between sunlight and health. The International Agency of Research on Cancer (IARC), an institute of the World Health Organisation (WHO) is probing the relationship between ultraviolet radiation exposure and skin cancer.

And scientists at the UK's University of Southampton and the Royal London Hospital have also used the data to study whether lack of vitamin D – supplied through sunlight – in pregnant women contributes to osteoporosis or 'brittle bone syndrome' in later life.

Another EOMD project called HappySun Mobile is also applying satellite-based sunlight data to public health care. With exposure to sunlight being the leading cause of melanomas and other skin cancers, this one-year project will set up a means of generating automatic warnings about safe sunbathing times based on measured ultraviolet levels, and deliver them to sunbathers via text messaging.