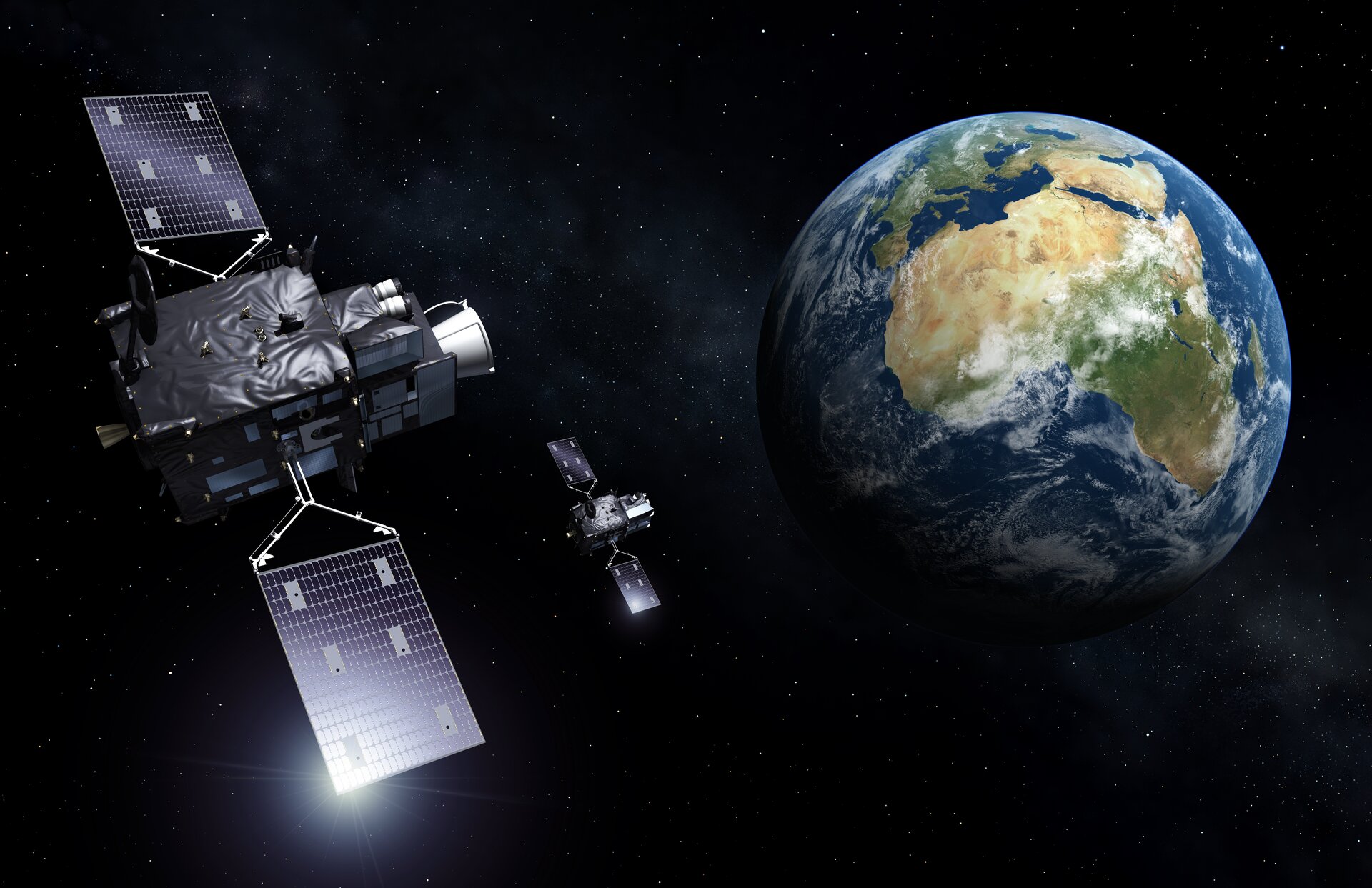 Weather – and particularly extreme weather – affects everything we do. Being able to view the whole disc of Earth allows forecasters to monitor developing weather systems. So in 1977 when the first Meteosat took its place in geostationary orbit, maintaining its position at 0 degrees longitude as Earth rotated below, this new weather satellite laid the foundations for the European and world cooperation in meteorology that continues today.

Building on the long-standing partnership between ESA and the European Organisation for the Exploitation of Meteorological Satellites (Eumetsat), and the success of both the first generation of Meteosat missions and the subsequent Meteosat Second Generation (MSG) series, which are operational today, it will soon be time for Meteosat Third Generation (MTG) to take over the reins.

This third generation of weather satellites will not only guarantee the continuity of data for weather forecasting from geostationary orbit for the next two decades, but also offers significant enhancement of the current imager capabilities, an all-new infrared sounding capability and realtime lightning imaging for early detection  of severe storms as they develop.

The combination of MTG’s increased resolution and sensitivity of the imaging data and state of the art sounding products will take weather forecasting capabilities to the next level, particularly in the challenging task of ‘nowcasting’.

Nowcasting relates to the monitoring and prediction, in quasi real time, of rapidly evolving, and potentially damaging, weather phenomena such as severe thunderstorms. Earlier detection of such phenomena will increase the available reaction time for issuing severe weather warnings and implementing the necessary measures to avoid potentially catastrophic impacts. Improving warnings by a few hours can in the more extreme cases be the difference between safe evacuation of the public and significant loss of life.

To do this, the satellite design is based on a significantly different approach compared to the first two generations. Rather than implementing a spinning satellite design adopted for the earlier Meteosats, the MTG satellites accommodate their state of the art instruments on a three-axis stabilised satellite platform, meaning that the orientation of the satellites remains fixed with respect to Earth, with the payloads looking continually at the Earth’s disc. By comparison, the instruments on the previous generation spinning satellites spent less than 5% looking towards the Earth.

For the overall MTG mission two types of satellite are being developed; the Imaging satellite (MTG-I) and the Sounding Satellite (MTG-S). Both use a common three-axis stabilised platform, but with very different payload complements:

To meet more than the 20-year operational life of the mission, the full MTG system comprises six satellites, four MTG-I and two MTG-S. At any point in time during the full mission deployment two MTG-I and one MTG-S satellite will be in orbit. The two MTG-I satellites will operate in tandem – one scanning the full Earth disc (including Europe and Africa) every 10 minutes, while the other will provide a local area coverage, for example covering only Europe, with a faster repeat cycle. The single MTG-S satellite will also provide local-area coverage over selected parts of Earth, with a repeat cycle of typically five minutes.

The first MTG-I satellite is scheduled to be launched in late 2021, followed by an MTG-S in 2023 and then the next MTG-I around 2025. The next three satellites will be launched around 10 years later to replace the first set, which have a nominal life of 8.5 years but sufficient fuel for more than 10.7 years.

Thales Alenia Space leads the industrial consortium that is building the MTG family, with a major partner being OHB.