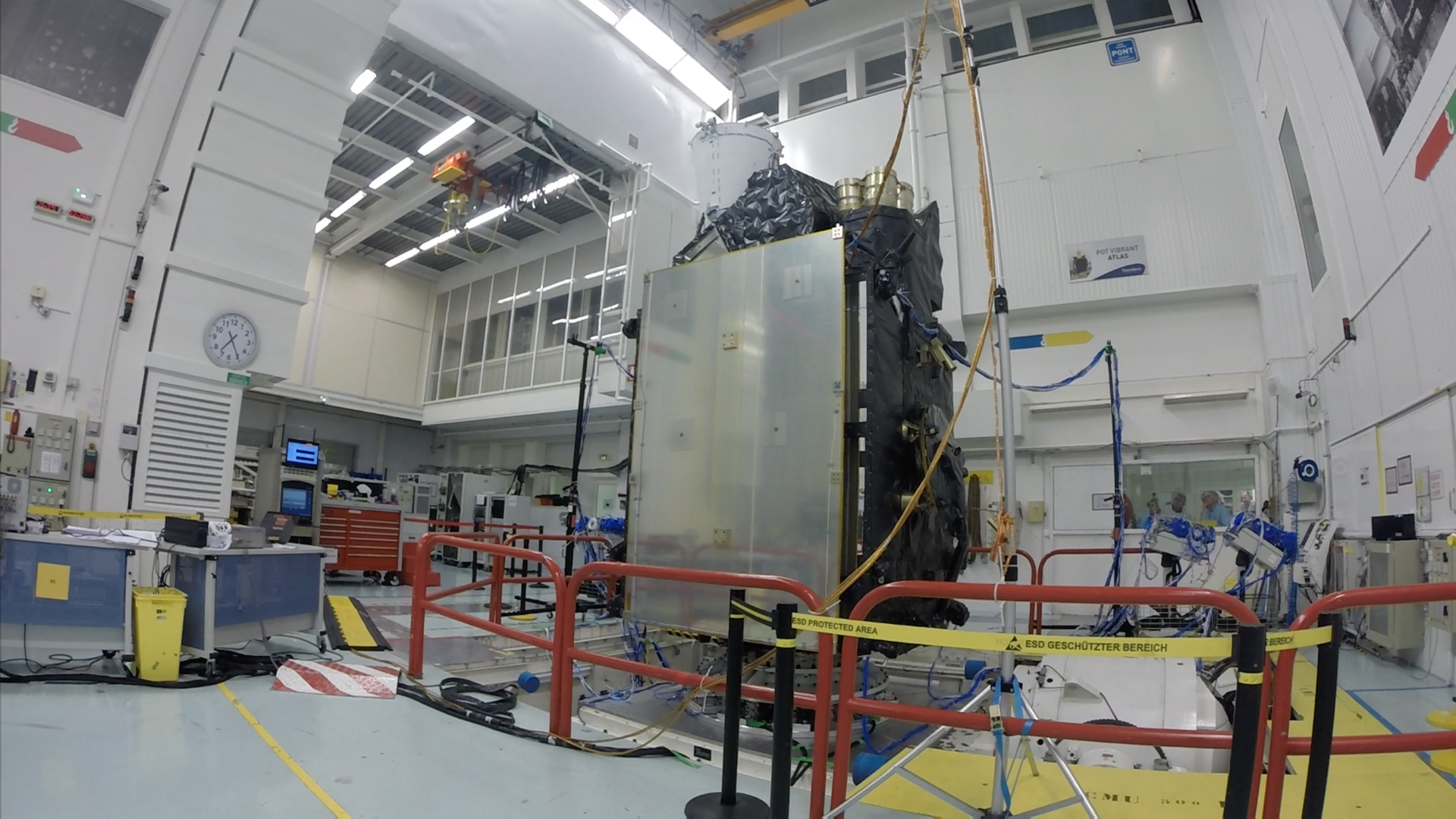 With the first in the next generation of Meteosat satellites due to be launched in a couple of years, an important milestone has been passed, further paving the way for better weather forecasts – something on which we all rely.

Building on the long-standing partnership between ESA and Eumetsat, the success of both the first generation of Meteosat missions and the current Meteosat Second Generation series, Meteosat Third Generation (MTG) will soon take over the reins of providing critical data from for weather forecasting.

While this third generation of weather satellites guarantees the continuity of data for weather forecasting from geostationary orbit, the combination of its higher resolution images and state-of-the-art sounding products is set to take weather forecasting to the next level, particularly in the challenging task of ‘nowcasting’.

Nowcasting relates to the monitoring and prediction of rapidly evolving, and potentially damaging, weather phenomena such as severe thunderstorms. Earlier detection of such phenomena will increase the reaction time for issuing severe weather warnings and implementing measures to avoid potential catastrophic consequences – which can sometimes be the difference between the safe evacuation of the public and significant loss of life.

To ensure the continuity of data for at least the next 20 years and to provide the wide range of observations needed by meteorologists, the mission is based on a series of two types of satellite: four MTG-Imagers and two MTG-Sounders.

With the first satellite, an MTG-I, due to be launched in 2021, engineers are busy designing and testing various parts of this substantial craft. It has now not only passed its ‘critical design review’, which means that everything is in place for it to be built, but tests have also shown it will be able to withstand the rigours of liftoff.

ESA’s MTG-I principal assembly, integration and test engineer, Mark Wagner, explains, “This involved a full-scale model of the satellite being put through a range of tests that simulate the stress of being launched on a Ariane 5 rocket.

“The tests were carried out at the Thales Alenia Space test centre in Cannes, France, where the satellite model was shaken, shocked, blasted with noise, weighed and measured.”

It was also subjected to a separation test using the actual launch vehicle adapter. The purpose of which was to carefully check for design flaws and any integration defects.

“We are very happy to say that it all came through with flying colours and it was extremely inspiring to witness the teamwork between Thales Alenia Space, OHB – a partner in the MTG consortium, Eumetsat, Arianespace and ESA, and I wish to thank everyone involved.” 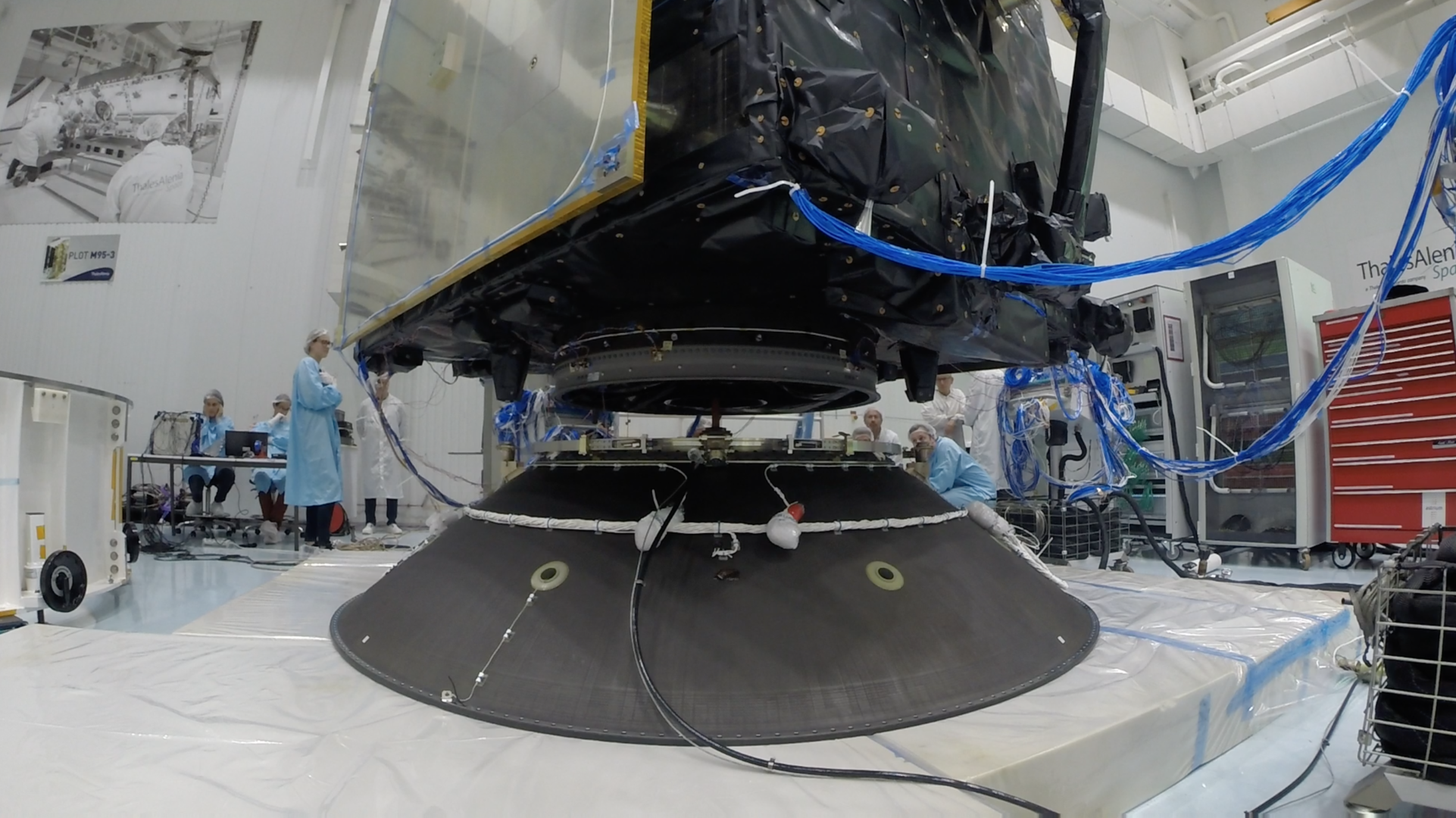 With these vital tests complete, the next step is to get on with the production of the actual satellite hardware.

“Now that the satellite model has been thoroughly tested we can move forward with absolute confidence knowing that the first MTG-I will be a stellar craft thanks to engineering excellence, which will, in turn, deliver excellent data to secure one of the things we take for granted every day – the weather forecast.”