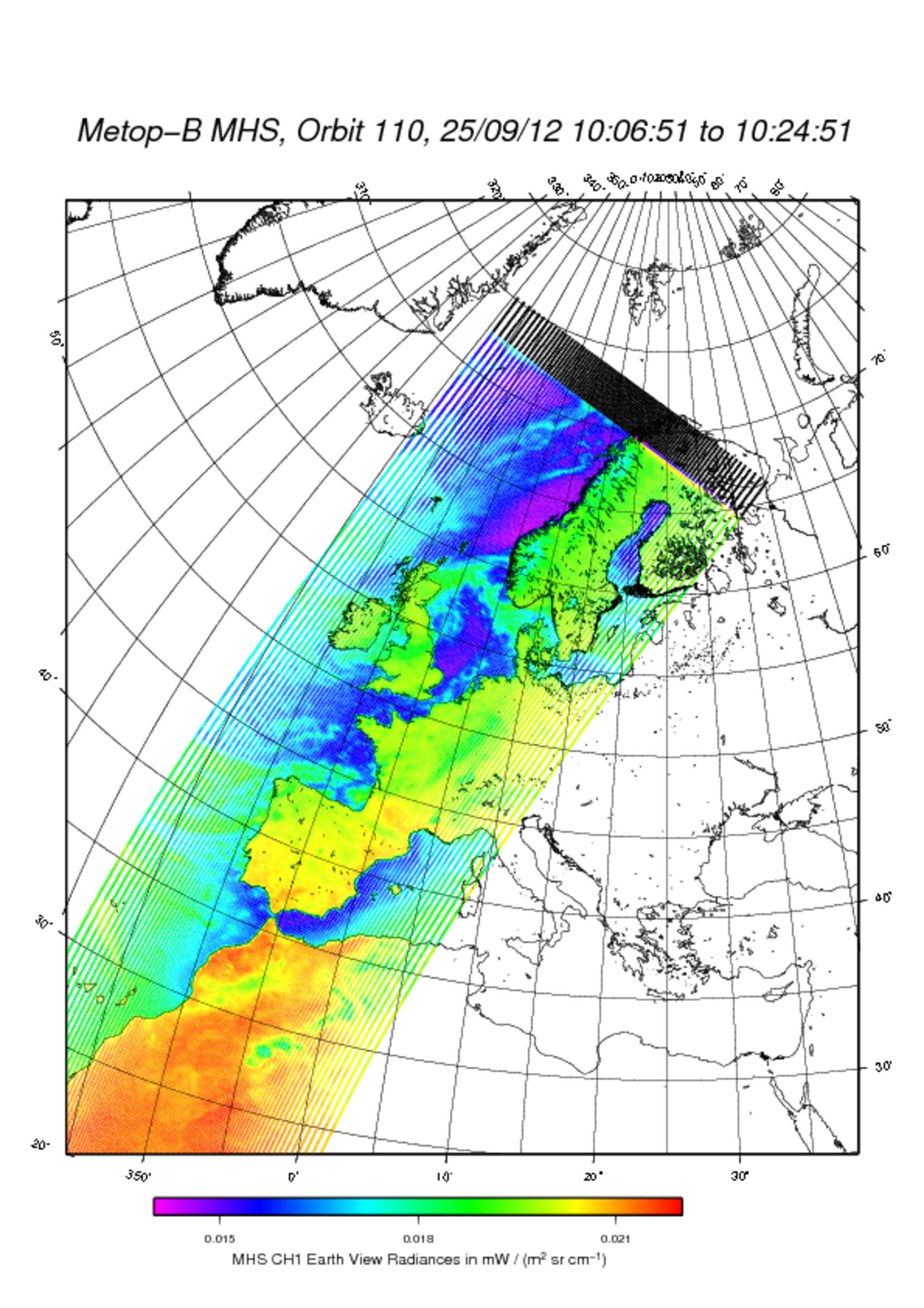 PR 31 2012 - Four of the instruments on the Metop-B weather satellite (AMSU-A, ASCAT, MHS, GRAS) have been activated this week and are delivering data.

This demonstrates that Metop-B, launched on 17 September, is performing well and is on its way towards replacing the ageing Metop-A as prime operational satellite in polar orbit, after the six-month commissioning phase.

The Advanced Microwave Sounding Unit-A (AMSU-A) is an American heritage instrument already flying on the US NOAA satellites, providing temperature soundings in all weather conditions.

The Global Navigation Satellite System Receiver for Atmospheric Sounding (GRAS) instrument is delivering data which are used to provide atmospheric temperature and humidity profiles by measuring the bending of GPS signals through the atmosphere. Data from GRAS are also used for precise orbit determination of the Metop-B satellite before and after the nominal stop-drift manoeuvre, in conjunction with traditional ranging and Doppler measurements.

These instruments also contribute to the long-term data sets needed for climate studies and monitoring.

The first data delivered by the European instruments are a joint achievement by ESA, EUMETSAT, and the European space industry. For its mandatory programmes, EUMETSAT relies on ESA for the development of new satellites and the procurement of recurrent satellites like Metop-B. This cooperation model has made Europe a world leader in satellite meteorology by making best use of the respective expertise of the two agencies.

Links to the first data can be found under