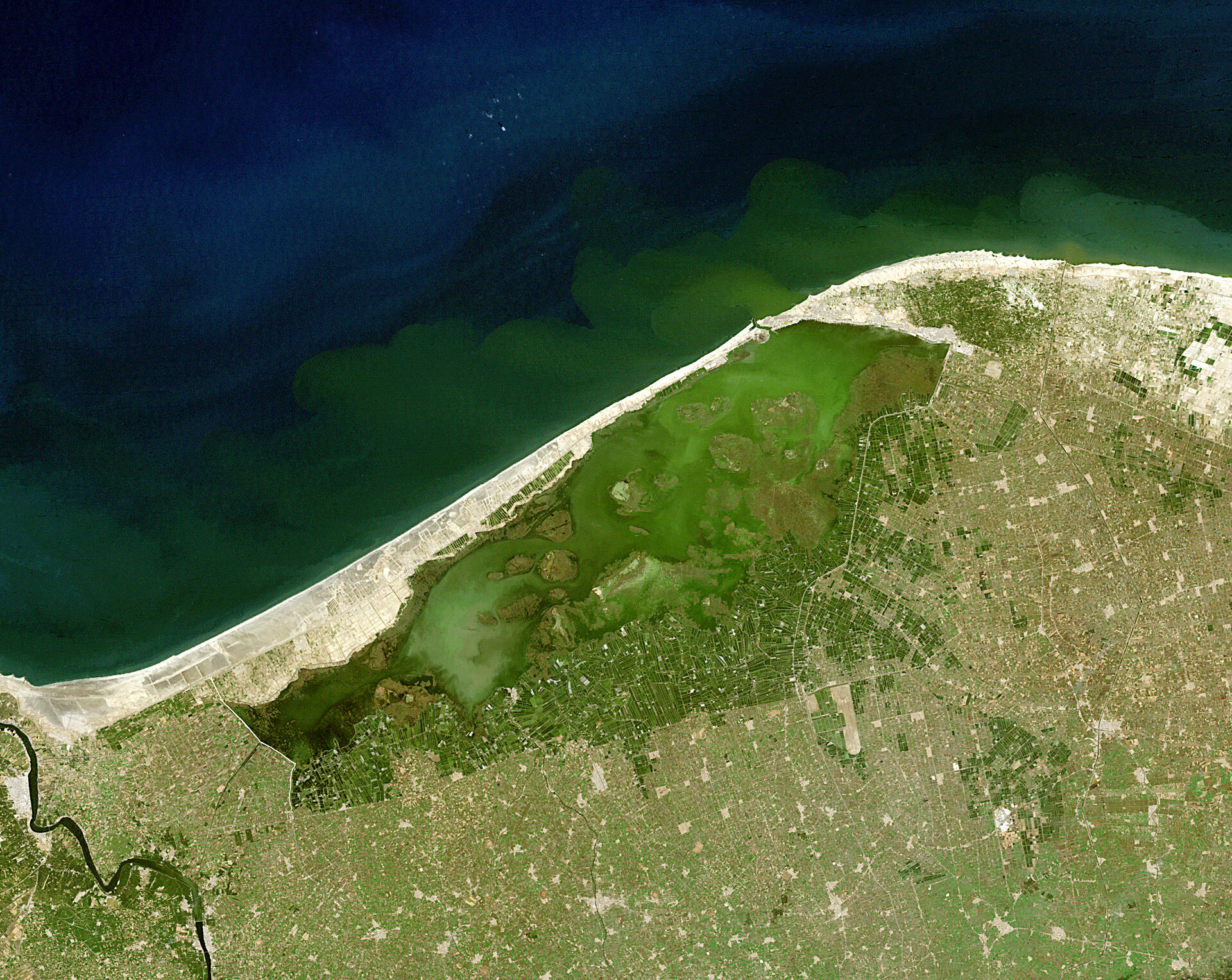 Wetlands play a major role in the availability and quality of water, containing most of the water used to meet human needs. ESA’s GlobWetland II project is helping Mediterranean countries to monitor these precious resources.

Located within the Nile River Delta, Egypt’s Lake Burullus has undergone major changes in the past 40 years.

Urban settlements have flourished around the lake, and from 1973 to 1990 the area saw a sharp increase in aquaculture.

As a result of increased waste water in the lake (largely due to aquaculture), there has been an overall decrease of salt marsh vegetation in the lake itself, in some parts replaced by reed beds.

From 1990 onwards, however, a decrease in fishponds in the western part of the main lake was observed through ESA’s GlobWetland II project.

Lake Burullus is just a small portion of the over 200 million hectares worldwide considered wetlands of international importance by the Ramsar Convention – an intergovernmental treaty for the sustainable use of wetlands.

Wetlands are integral components in the hydrological cycle and contain most of the water used to meet human needs. The wise use of wetlands is essential for the delivery of sustainable water management that also promotes sustainable economic and social development.

‘Wetlands and water management’ was the theme of this year’s World Wetlands Day, observed last Saturday on the anniversary of the signing of the Ramsar Convention.

The theme was specifically selected to coincide with 2013 as the UN-declared International Year of Water Cooperation – and ESA is at the forefront by providing satellite data for sustainable water management.

Launched in 2010, ESA’s GlobWetland II project contributes to the establishment of a Global Wetlands Observing System (G-WOS) in accordance with Ramsar’s 2009–15 strategic plan.

The project is implemented in partnership with Ramsar, the MetWet initiative, the Mediterranean Wetlands Observatory and the ten countries along the southern Mediterranean Basin.

The user-friendly toolbox is currently being used to produce about 1800 thematic maps for a sample of 200 Mediterranean wetlands, from Morocco to Syria.

The mapping results reveal that although, in general, wetland extents have gradually decreased mainly due to agriculture and urbanisation pressures, there are still unaffected areas where changes are not large or even sometimes where wetlands’ extent has increased.

Along Libya’s northeastern coast, about 30 km north of Benghazi, the Sebkha Al Kuz wetland is one of these areas.

The GlobWetland II toolbox indicated that, between 1978 and 1990, the wetland area increased by about a square kilometre. In the following 15 years, the wetland area was maintained despite a significant increase in agricultural development and urbanisation in the surrounding area.

The Mediterranean Wetlands Observatory recently announced that it will continue to use the GlobWetland II toolbox and extend coverage to an additional 17 countries, with the objective of publishing a special report on the status and trends of wetlands in the Mediterranean basin in 2014.

The monitoring of wetlands will largely benefit from the forthcoming Sentinel-2 mission, being developed under Europe’s Global Monitoring for Environment and Security (GMES) programme.

The large swath of Sentinel-2 satellites, along with their short revisit time, will allow for seasonal and permanent changes in wetlands to be accurately monitored.

The first Sentinel-2 satellite is due for launch in 2014.