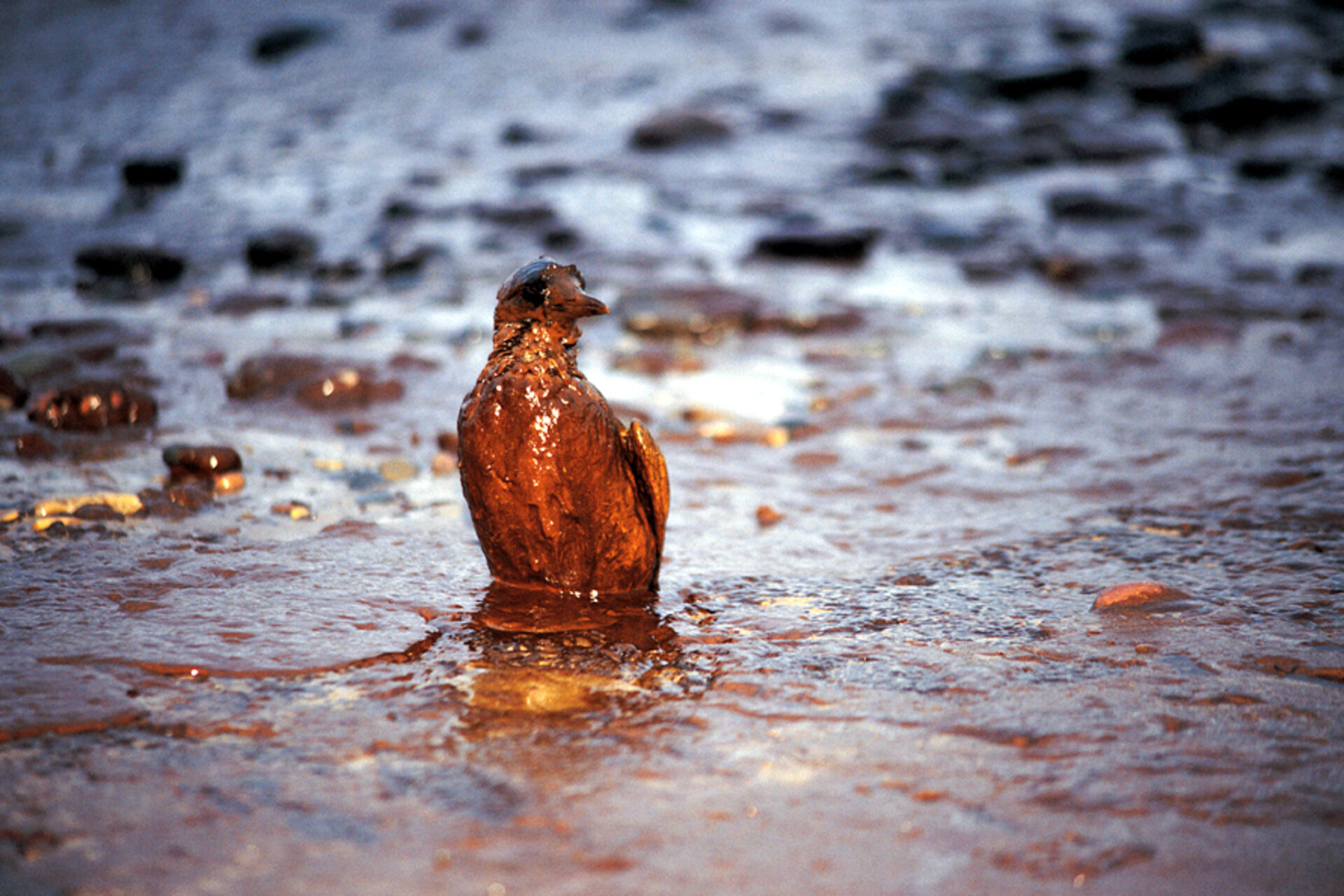 Standing 210 m high, the world’s largest oil platform was suddenly wracked by gas explosions - killing 10 crewmen - and then slowly, it began to topple. In the immediate aftermath of the March 2001 accident, Brazil held its breath, anticipating further disaster. This collapse threatened to unleash a 1.5 million cubic litre oil spill on the lush coastline of Rio de Janeiro.

In the event, the tower toppled slowly enough to prevent an oil slick. Salvage workers stopped the rig from sinking, and the oil company placed boats and absorption barriers on the water around it to head off any spill. It was a lucky escape, but no-one can be lucky every time. An estimated 4.5 million tonnes of oil makes it into the ocean every year, degrading water quality and harming marine and coastal ecologies.

In our oil-based civilisation some accidents are inevitable, but such platform disasters or tanker crashes account for only 7% of total pollution. The largest single cause is deliberate dumping at sea during tanker cleaning, equivalent to a full tanker disaster every week. Land-based discharges are another major cause.

International conventions, including the UN Law of the Sea, outlaw such dumping but rules require policing. Some parts of the world use aircraft surveillance, but the ocean is a big place and detection rates are low. Space observation offers an alternative solution and early warning when a slick threatens a coastline.

ERS-1 and 2, Envisat’s predecessors, have already demonstrated their effectiveness at detecting oil slicks. Oil over water has the effect of dampening out wave motion. Because ERS’s SAR radar sensor basically measures surface texture, this means oil slicks show up very well, as black smears on a grey background.

Envisat’s ASAR radar looks at much more of the ocean at once than ERS, observing a 400-km strip in its wide swath mode, compared to just 100 km for the earlier spacecraft. The imaging spectrometer MERIS can also be used in conjunction with ASAR to gain more data on a slick. Using Envisat in conjunction with other radar satellites - which can peer down through cloud and darkness - tankers can no longer pollute with impunity and countries are able to mount much faster cleanup operations. In 1997 in Singapore, one ship’s captain was jailed by evidence from ERS-1 - more will certainly be jailed by Envisat.