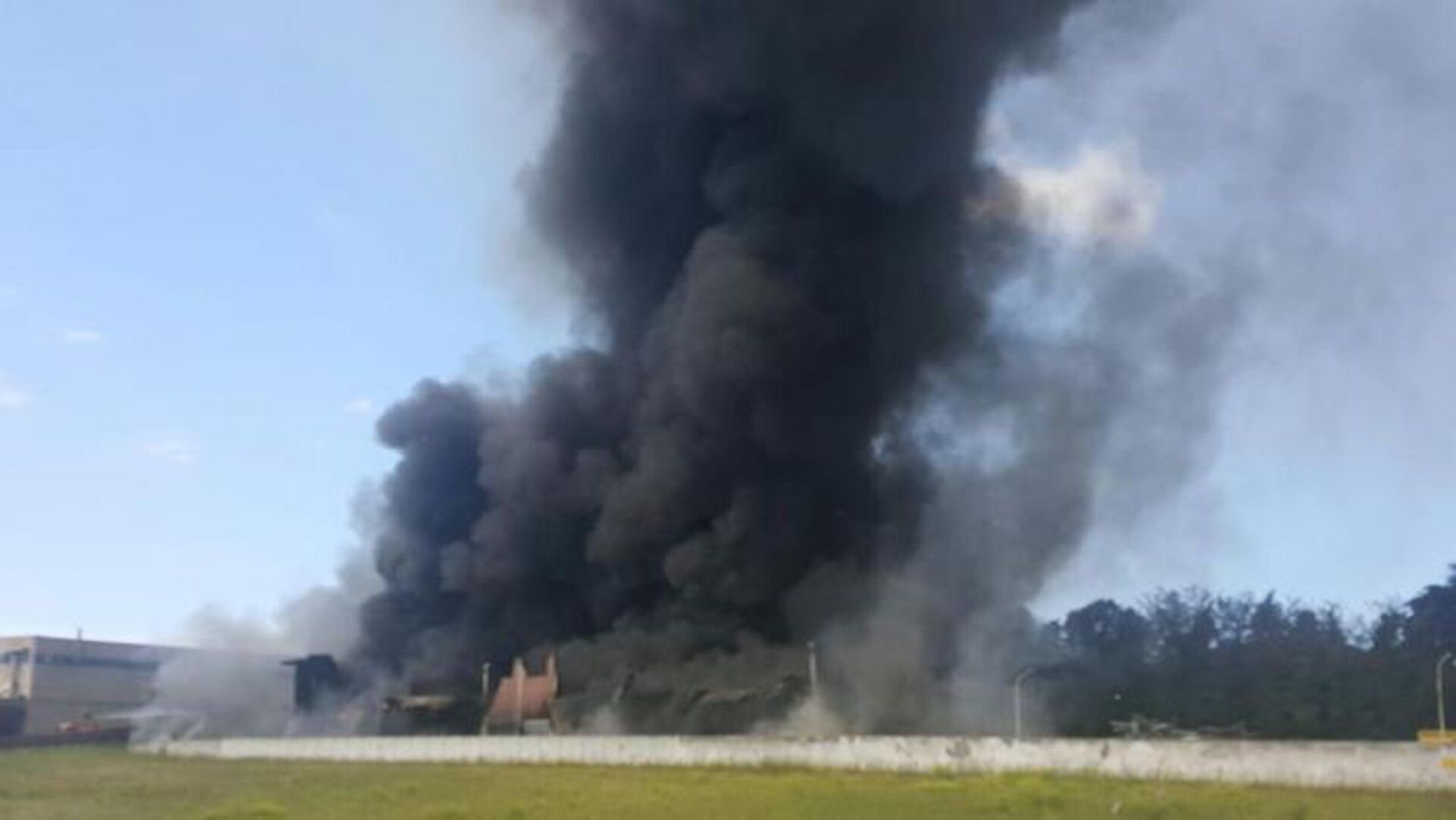 While a fire at a rubbish depot was detected from space by the Copernicus Sentinel-3A and ESA’s Proba-V satellites, pollutants in the plume of thick smoke were measured by instruments that will be used to validate information from the upcoming Sentinel-5 Precursor mission.

The fire broke out on 5 May in Pomezia, a town 50 km south of Rome in Italy. It burned for two days.

The smouldering rubbish, which included plastics, sent a toxic cloud into the sky forcing homes and schools in the area to be evacuated.

Remote-sensing instruments that are being used for ESA projects revealed that smoke from the fire drifted over Rome.

In particular, readings from two Pandora instruments at separate sites showed that there was a considerable increase in concentrations of nitrogen dioxide and formaldehyde.

These two air pollutants can be a potential health risk.

Nitrogen dioxide, which normally pollutes the air as a result of road traffic and other fossil fuel combustion, can contribute to respiratory problems.

Formaldehyde is an important intermediate gas in the oxidation of methane and other hydrocarbons. While its lifetime in the air is short, it can react chemically to become a source of carbon monoxide, which when breathed can reduce the amount of oxygen that can be transported in the blood stream.

One of the Pandora instruments, number 115, is positioned at the Institute of Atmospheric Science and Climate in a semi-rural location, while Pandora number 117 is at Sapienza University’s Department of Physics near the centre of Rome.

They are both part of a suite of atmospheric remote-sensing instruments – the Boundary layer Air Quality-analysis Using Networks of Instruments (BAQUNIN) – which is funded by ESA for atmospheric composition calibration and validation.

While the fire was a rather shocking incident for locals and one that was clearly a cause for concern with respect to both safety and air pollution, the fact that pollutants were measured accurately by these instruments demonstrated that the instrument set is providing high quality and important information on air quality in the Rome area.

Moreover, this facility will be important in verifying that the upcoming Sentinel-5 Precursor mission is delivering accurate data on air quality.

Scheduled to launch later this year, Sentinel-5 Precursor, or Sentinel-5P for short, is the first Copernicus mission dedicated to monitoring our atmosphere. This new satellite carries the state-of-the-art Tropomi instrument to map a multitude of trace gases and aerosols that affect  air quality and our climate.

The mission will also identify pollution hotspots where public health could be at risk.

What sets Tropomi apart is that it measures from the ultraviolet to the shortwave infrared imaging a wide range of pollutants such as nitrogen dioxide, ozone, formaldehyde, sulphur dioxide, methane and carbon monoxide more accurately than ever before. With a resolution as high as 7 x 3.5 km, Sentinel-5P has the potential to detect air pollution over individual cities.

Satellite data such as these are used in combination with in situ air-quality measurements in computer models that can help governments and decision-makers develop mitigation strategies to improve air quality.

Smoke from the fire was also captured from space by the Copernicus Sentinel-3A satellite and the Proba-V satellite.