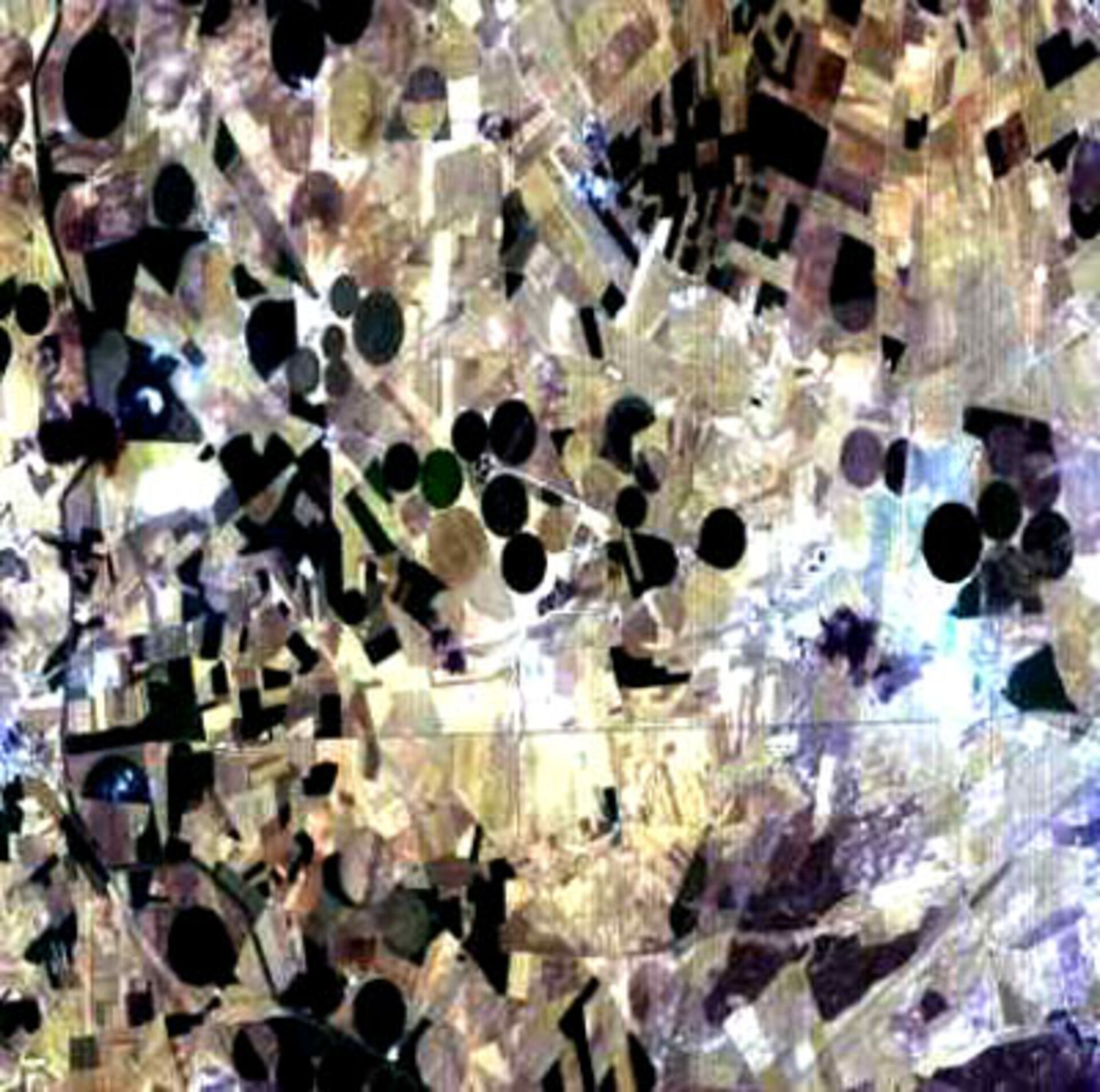 Braving remorseless July temperatures, more than 40 researchers from across Europe gathered at the hot, dry heart of Spain – a site selected because of the unique opportunity to have three consecutive acquisitions over the area by CHRIS, the high-resolution imager aboard ESA’s Proba.

The group was there to acquire a wealth of ground, air and space-derived data simultaneously and in so doing help develop the next generation of Earth Observation sensors.

Scientists from 11 institutions and five European countries gathered at the Barrax test site, a scientifically well-characterised agricultural site in La Mancha. Across three intensive and very long days between 12 and 14 July they collected detailed in-situ measurements of their surroundings while airborne sensors were flown overhead and several Earth Observation (EO) satellites overpassed them.

Known as the Spectra-Barrax Campaign (SPARC), the co-ordinated acquisition of ground, air and space data on a single landscape came about as part of the preparatory study associated with Phase A of ESA’s planned Earth Explorer mission Spectra.

Spectra is planned to carry a hyperspectral camera that can resolve light into individual spectral bands at higher resolution than ever before. This camera will be placed on a small agile platform to enable it to image its targets from multiple angles. As a result it will return a wealth of information on land cover mapping and the amount and condition of vegetation across the Earth’s surface.

“What SPARC provided for us is a unique opportunity to test and validate many critical aspects of such a hyperspectral mission,” said ESRIN Scientific Campaign Co-ordinator Remo Bianchi. “These included the simulation of satellite image products, the development and validation of retrieval algorithms that transform the imaged scenes into maps of biophysical parameters and to test methods for the correction of atmospheric effects in the images.”

Working from half past six in the morning until nine at night, the teams flew radio sondes attached to balloons to sample atmospheric data, measured solar irradiance levels, used an experimental Lidar laser device to measure atmospheric aerosols, and recorded vegetation characteristics in great detail. Some 4000 Leaf Area Index samples were acquired, tree canopy properties were measured from various different directions, and chlorophyll samples were taken. And for added accuracy, detailed laboratory analysis of all 55 crops studied was also later carried out.

Proba is a technology demonstrator satellite launched in October 2001 that has since had its lifetime extended as an Earth Observation mission, used for environmental monitoring. The reason Barrax was chosen as a study site on these three particular days was the coincidence of three consecutive days of Proba overpasses. The satellite was launched into an orbit that allows coverage of a given site for two or three consecutive days.

Other satellite sensors also successfully acquired pictures of the Barrax site during the SPARC campaign. Envisat’s MERIS instrument imaged the site both in reduced and full resolution, while the SEVIRI camera aboard the ESA-built MSG also acquired images.

“The SPARC campaign was highly successful and able to provide observations at the appropriate spatial, temporal, spectral and directional resolutions,” said Malcolm Davidson, also a Scientific Campaign Coordinator based at ESTEC. “The data will serve as reference for many studies in the next few years to support the development of future hyperspectral multi-angular sensors such as the Earth Explorer Spectra mission.”

The arduous task of organising and analysing all the data collected during the campaign has started. First results will be presented in a progress meeting this November in Valencia, Spain.