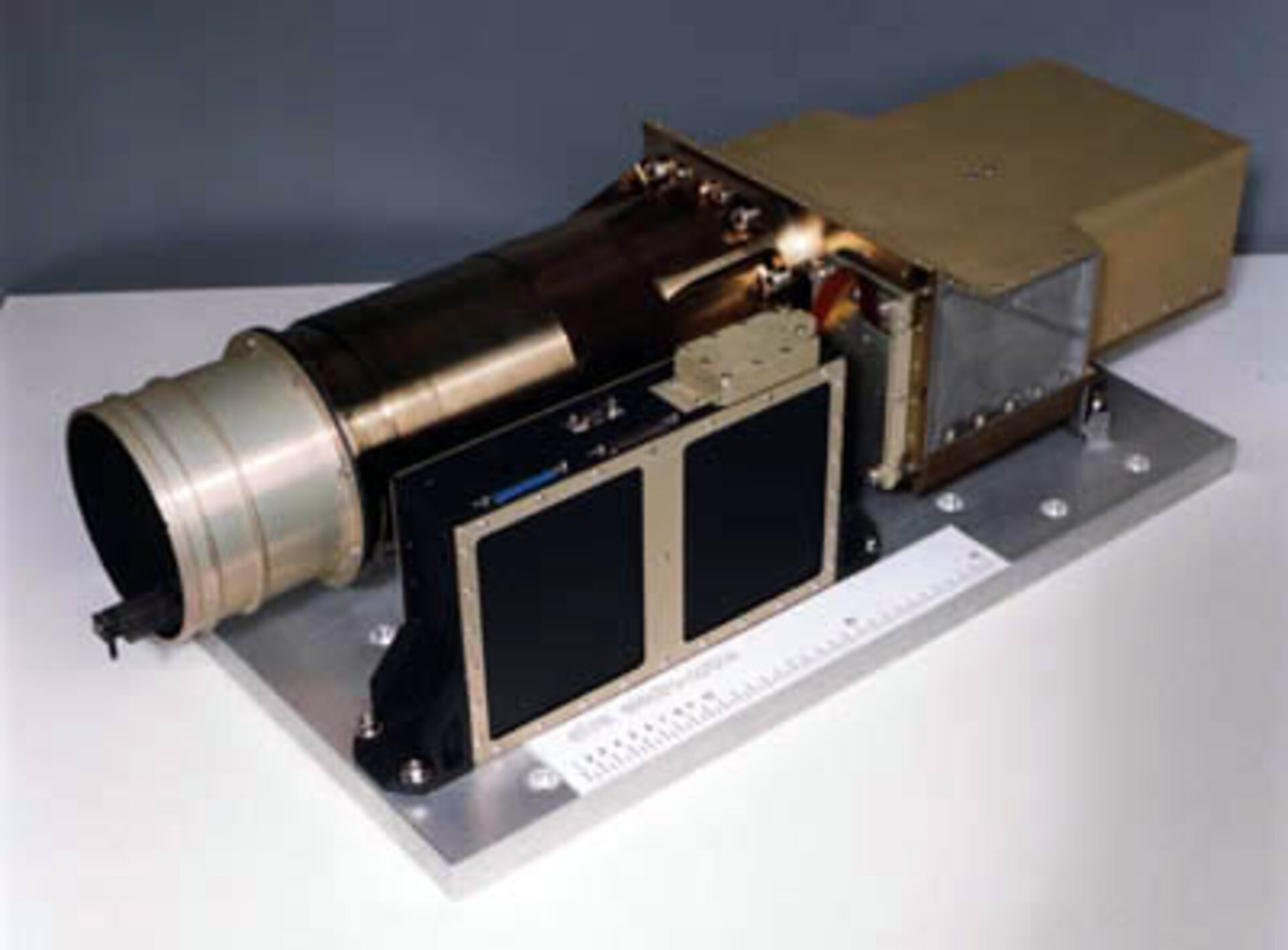 Launched aboard ESA's Proba satellite on 22 October 2001, a UK-built optical imager weighing just 14kg and designed to help with environmental monitoring has produced its first pictures from space.

CHRIS - or the Compact High Resolution Imaging Spectrometer - consumes just 9w of power yet provides high performance, hyperspectral images of an area some 14 kilometres square to a resolution of 18m. Its first pictures were of Lake Volta in Ghana and Zeebrugge in Belgium.

CHRIS was designed and developed by Sira Electro-Optics who are based in Bromley, south London and largely funded by the British National Space Centre. "As well as providing many colour channels in each image, CHRIS will also view the same area of ground from several directions,"said Mike Cutter, CHRIS's programme manager at Sira. "This variation in the appearance of each scene as the viewing direction changes allows important additional information to be extracted. The images will be used to develop tools for environmental monitoring, forest cataloguing, crop forecasting and marine science and," says Cutter "the imager has attracted great interest from the scientific community".

CHRIS is part of the 100kg 'intelligent' payload of Proba, a micro satellite currently orbiting 600km above Earth. Proba, which was launched by the Indian Space Research Organisation last October, is tiny, the size of a small box and bears an uncanny resemblance to a giant, grey Rubic's Cube.

CHRIS was chosen for Proba's payload because the taking of multi directional pictures would provide the satellite with a good test of its agility and mobility. "We're delighted with the performance of PROBA,"said Frederic Teston, Proba manager at ESA. "The first images from CHRIS are an excellent demonstration of this pioneering technology. It shows the platform and payload as well as the ground segment are in good health and working well."

These images, which were sent to ESA's ground station in Redu, Belgium, should be the first of many. Proba is currently a demonstrator satellite but is set, after final tests, to feature in small, routine missions in the future.

Sira Electro-Optics were one of four UK industrial partners working with ESA on Proba. The others were SSTL, AEA Technology and Astrium Ltd.