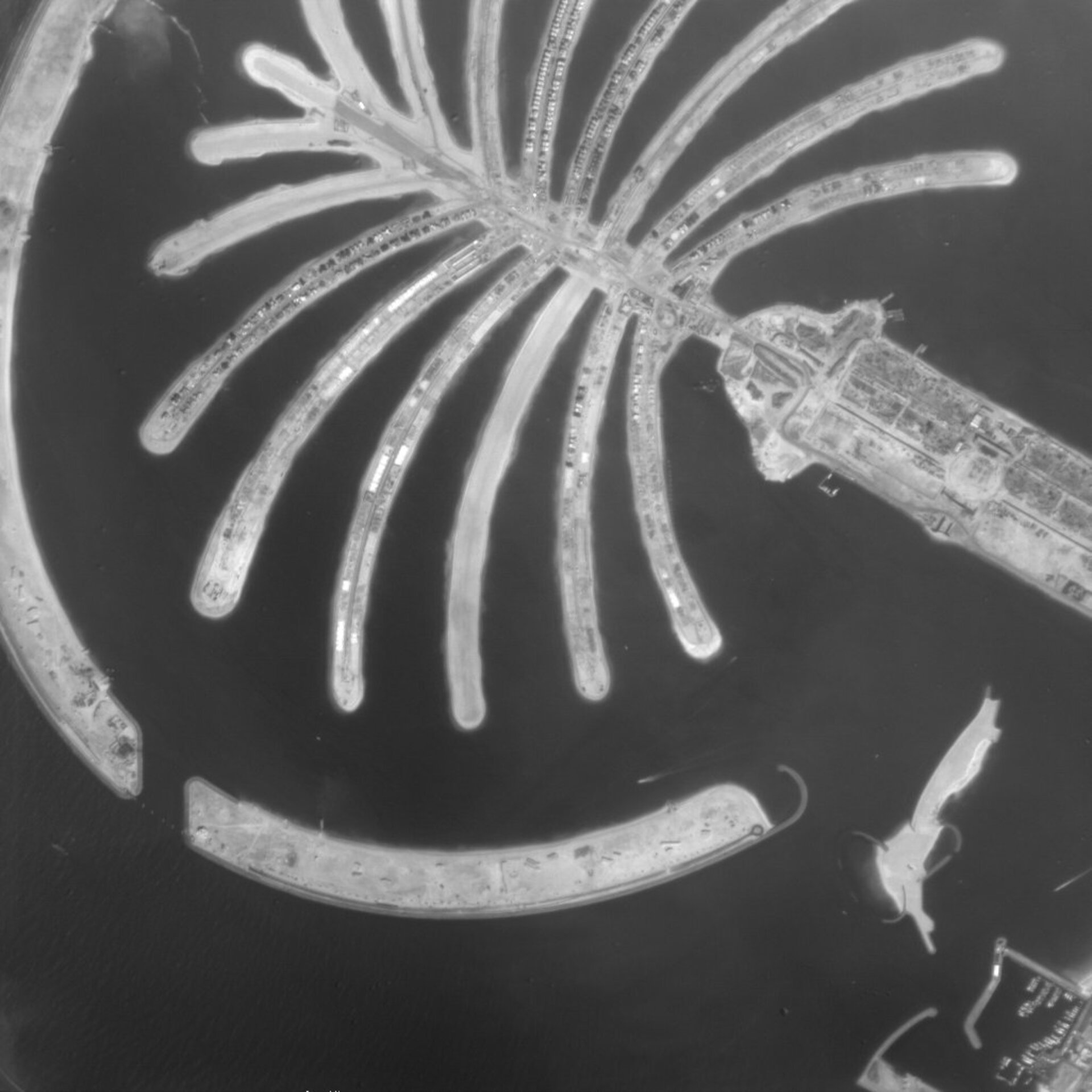 Proba provides a close-up view from 600 kilometres away in space of the massive artificial Palm Island Jumeirah, currently taking shape in the Gulf of Arabia just off Dubai.

Designed as a prestige residential and relaxation area, the reef-like complex is built in the shape of a palm tree: it has a 17-frond crown around which is arranged a crescent, the back of which serves as a breakwater. The crown is connected to the mainland by a 300-metre bridge. Owners are due to begin occupying their properties by the end of 2005.

The Jumeirah has been built from 80 million cubic metres of land dredged from the United Arab Emirates' Jebel Ali port, whose approaches are being deepened to 17 metres. The Palm, Jumeirah is the first of three Palm Island projects now taking shape. Swiftly following it are the Palm Jebel Ali and the newest and largest Palm Deira. Together the three Palms are set to extend the country's coastline by around 200 kilometres.

This 7 December 2004 image was taken by Proba's High-Resolution Camera (HRC), which acquires black and white 25-km square images to a resolution of five metres.